Block to the future. 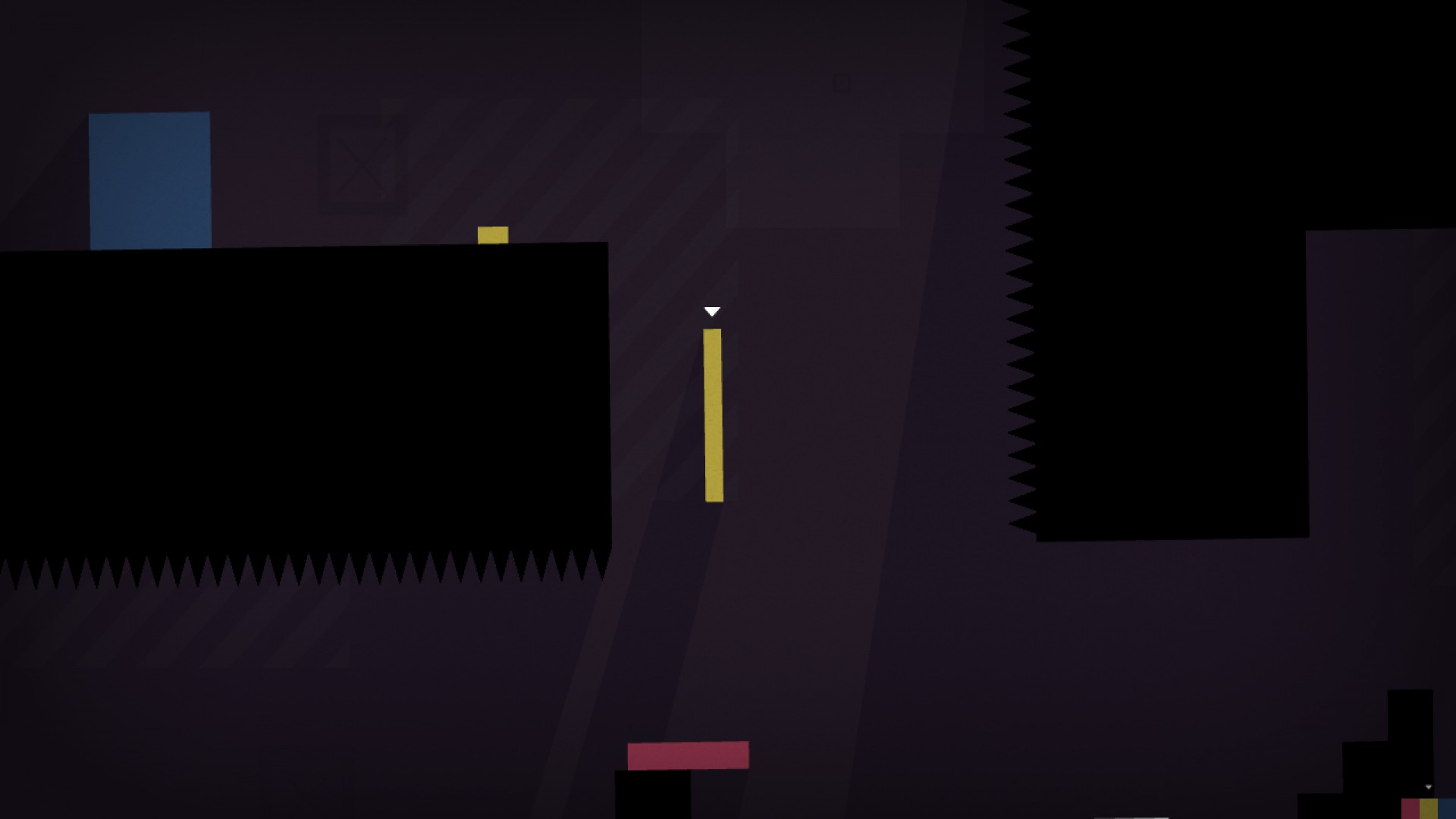 Whenever I, a journalist with a middling reputation in the games industry, say I’ve never played Thomas Was Alone, I’m met with eyerolls, or ‘good joke’ guffaws.

I’ve stood at industry networking parties, trembling among peers, my hands sweating profusely against glasses of free gin as my fellow gaming experts hail TWA as a classic. A must-play. I feel like Charlie in Willy Wonka, when he tries to tell his teacher that he’s only had two Wonka Bars, and he mistakes it for 200. It’s unfathomable! It’s nonsense! Everybody in the world has played Thomas Was Alone!

Thomas Was Alone originally released on PC in 2012, with subsequent console releases in the following years. It is the self-indulgent brainchild of Mike Bithell, and is narrated by writer and comedian Danny Wallace. The Switch release is a faithful port handled by AntWorkshop, with some added zing that makes playing it on the console (or in everybody else’s case, replaying it) satisfying and fresh.

The game consists of ten ‘sets’ of levels, each beginning with a cut-out from a fictional newspaper. These snippets tell the story of the first self-aware A.I, told from the perspectives of various characters that witnessed what the game calls ‘the Event’. You begin the game as Thomas, a lonely rectangle experiencing his very first thought.

A pleasant little intro teaches you how the controls operate, giving a cute little narrative of what’s going on in the game. You’ve two options really, move and jump. To get through each stage, you must align each coloured square with its corresponding white shape, like a grown-up shape sorter. The levels get slightly more difficult as they go along but the challenge is never overwhelming. I admittedly did seek out a guide for a couple of later levels, but I, like Thomas, also play puzzle games as though I am experiencing my very thought. 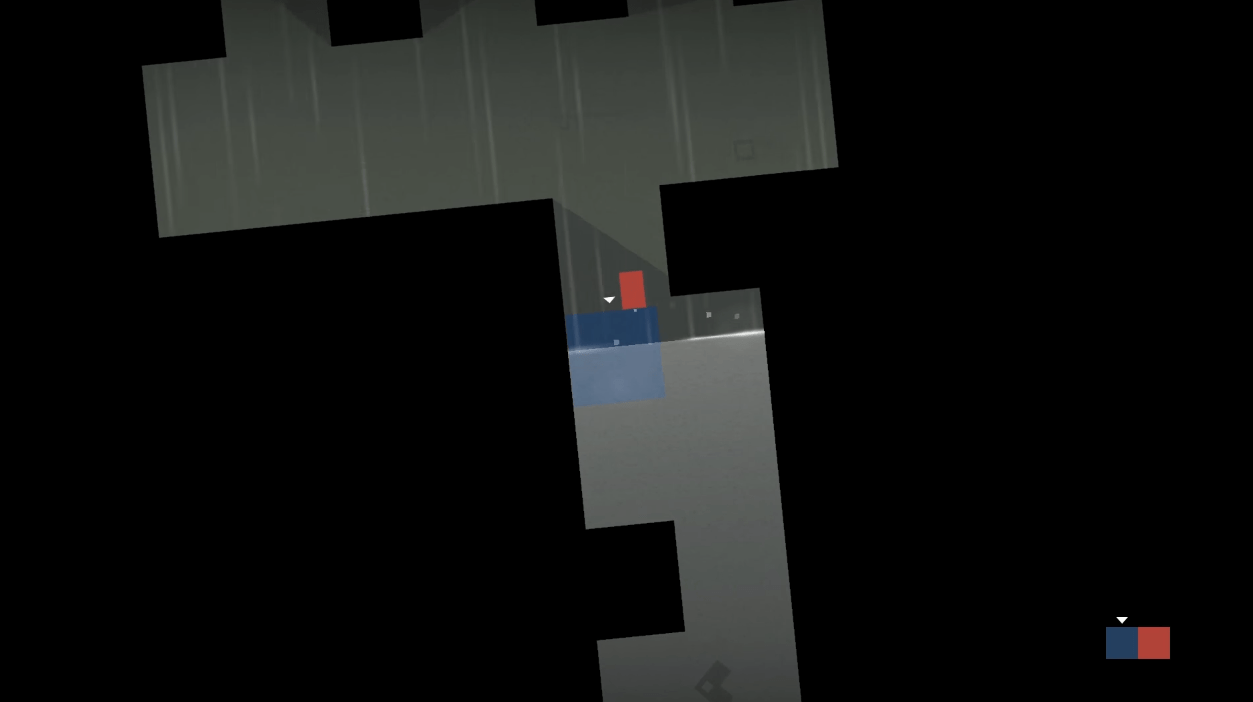 As you progress, you’re introduced to new quadrilateral pals, each with their own names, personalities and abilities. They’re learning about their world as you are, and the story unravels from the perspective of these characters, whom I immediately ranked in my mind (come back for our Thomas Was Alone Shapes: Ranked article).

Some of the blocks develop relationships, some  are friendlier than others, but they all have to function together to make their way through their newfound surroundings. All of this is tied together with ongoing narration from Wallace, and an invigorating, atmospheric synth soundtrack by David Housden.

Each set of levels gets a little more complex, with finicky platform challenges and awkward manoeuvres, but the game doesn’t rush you into decision-making, nor are the stakes any higher. While there’s a clear crescendo leading towards the end game, it allows you to take your time, absorb the narrative and doesn’t punish your errors.

My playthrough clocked in at around three hours – a surprisingly short period to grow so attached to a cluster of oblongs, and yet. Additionally, their tales of isolation, comprehension and struggles to make it through give Thomas Was Alone an unexpected, relative edge after the year we’ve had. I didn’t just empathise with these bewildered blocks, I felt them. Thomas feels like the world is challenging him and boy is that a mood.

The title feels at home on the Switch, which is a copout statement applied to most games that you can easily polish off in a couple of train journeys, but it rings true here. The HD JoyCon rumble adds another layer to the game’s immersion, which is already extraordinarily effective considering its simplicity.

Thomas Was Alone is not a new game; critique and analysis is already out there in droves and it’s been so long that it’s already revered as an indie gem. Despite my patter, I’m not the only person on the planet that hasn’t played this game – it’ll find an audience of both new and old fans on the Switch. I however, feel like I’ve accidentally unlocked a very unique experience by leaving this story for a period in my life where loneliness has a permanent resonance.

And here the game is, nine years later, serving as a pertinent reminder that companionship can be found in the unlikeliest places, in the most extraordinary circumstances, and that is something I feel we all need to hear, especially now.