Horror works best when breaking all the rules 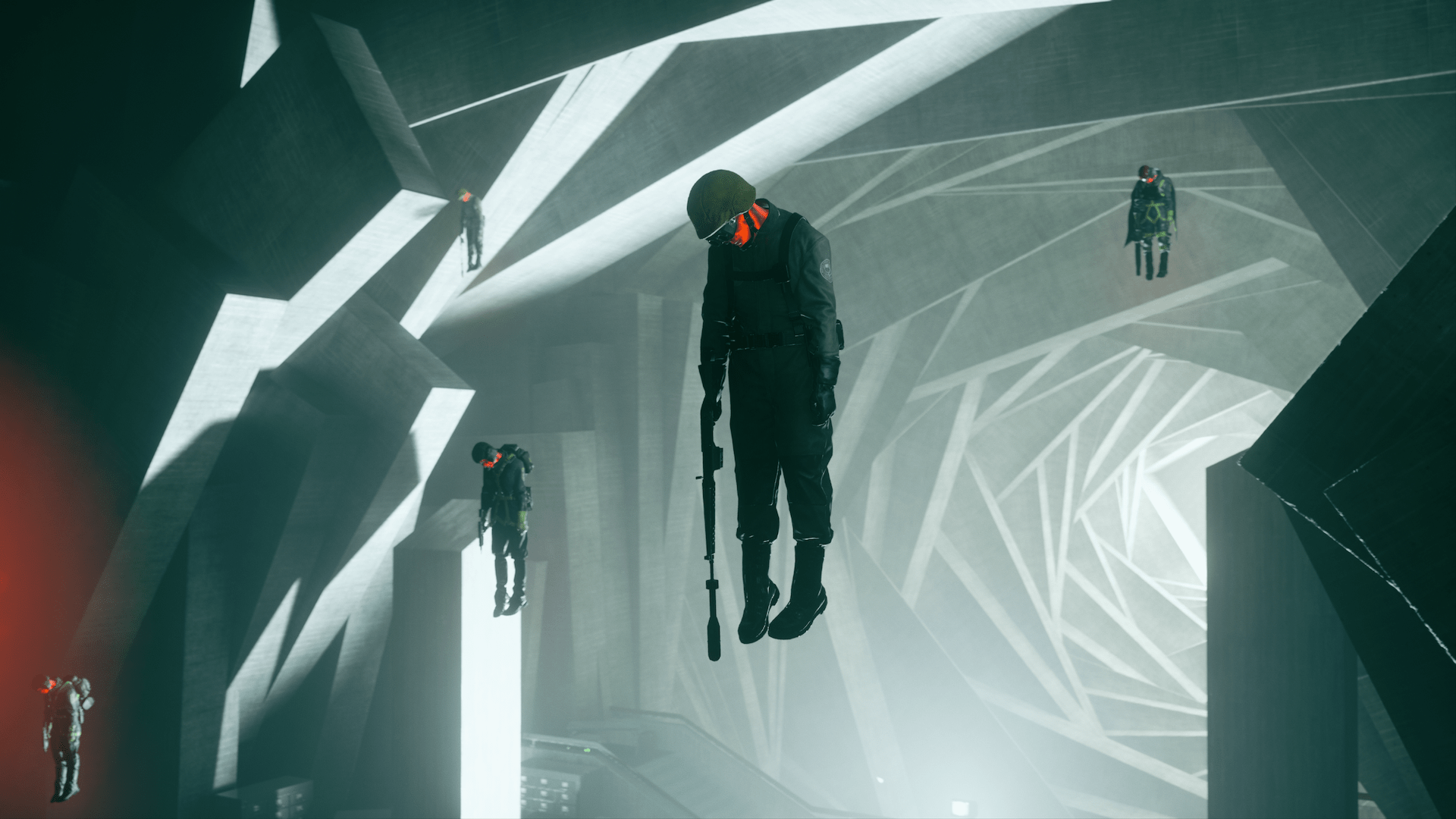 Iconic locations and horror go hand in hand. The sweaty, claustrophobic metal capillaries of the Nostromo, Spencer Mansion’s floor map etched into your mind, a fog-covered town with a hastily scrawled-on roadmap. Close your eyes and you can see them. Their textures, their paths, and routes. The horrors that stalk them.

Grounding horror in a physical location is incredibly effective. It pairs the known with the unknown. The artifice in these places allows for deft games of cat and mouse between player and monster, dead ends live up to their name as getting backed into a corner sees you torn from limb to limb.

Familiarity breeds defense against fear, and developers subvert that – the famous windowed corridor in Resident Evil, the return to the USG Ishimura in Dead Space 2 – these spaces get inside your head, their grounded, solid nature priming your mind for jump scares, slow-burn tension, fraught moments of panic as monsters appear in awkward places and your mental map screams at you: “there’s no way out of here!” 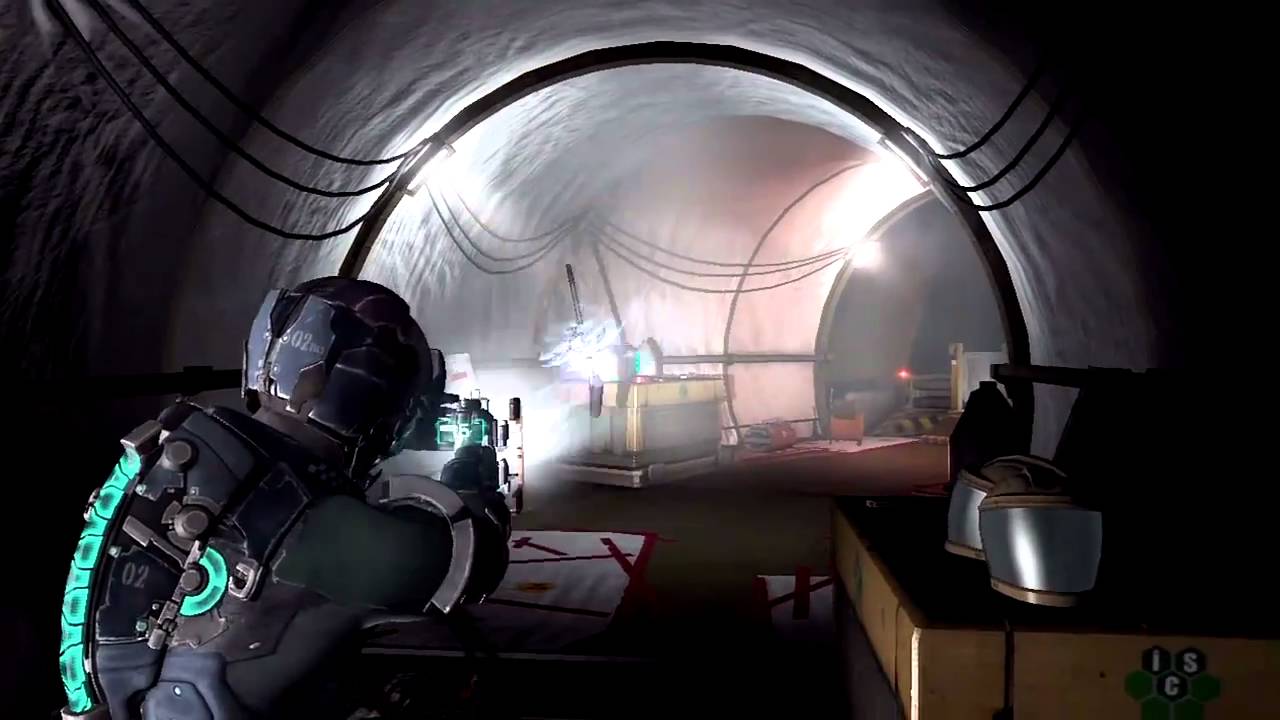 But there’s another type of horror too. That of corridors which loop eternally, spaces that twist and turn unnaturally around you, that refuse to obey the laws of physics, that open up and fold in on themselves without rhyme or reason, become non-contiguous and bewildering.

For how powerful the pursuit of location, firmness, and reality can be in games, it only plays to one of their strengths. If you’ve spent any time in a program like Unreal, or activated a no-clip mode in a game, you’ll know that games are made of lies. The world doesn’t really exist. Corridors that link places might send you to new map locations entirely. There’s a bit of the TARDIS to it: they can be bigger on the inside than out, because nothing’s real.

When games take advantage of their ability to ignore physics, to ignore the rules we know in our head, they can get really weird with it, to wonderful, terrifying effect. Take Shinji Mikami’s The Evil Within as an example. It came out four years after Inception and wears the influences of Nolan’s blockbuster, as well as the influential Satoshi Kon film Paprika, on its sleeve. Set inside a malleable mind-scape, you can never be too sure that what you’re seeing is real, or won’t change at a moment’s notice. 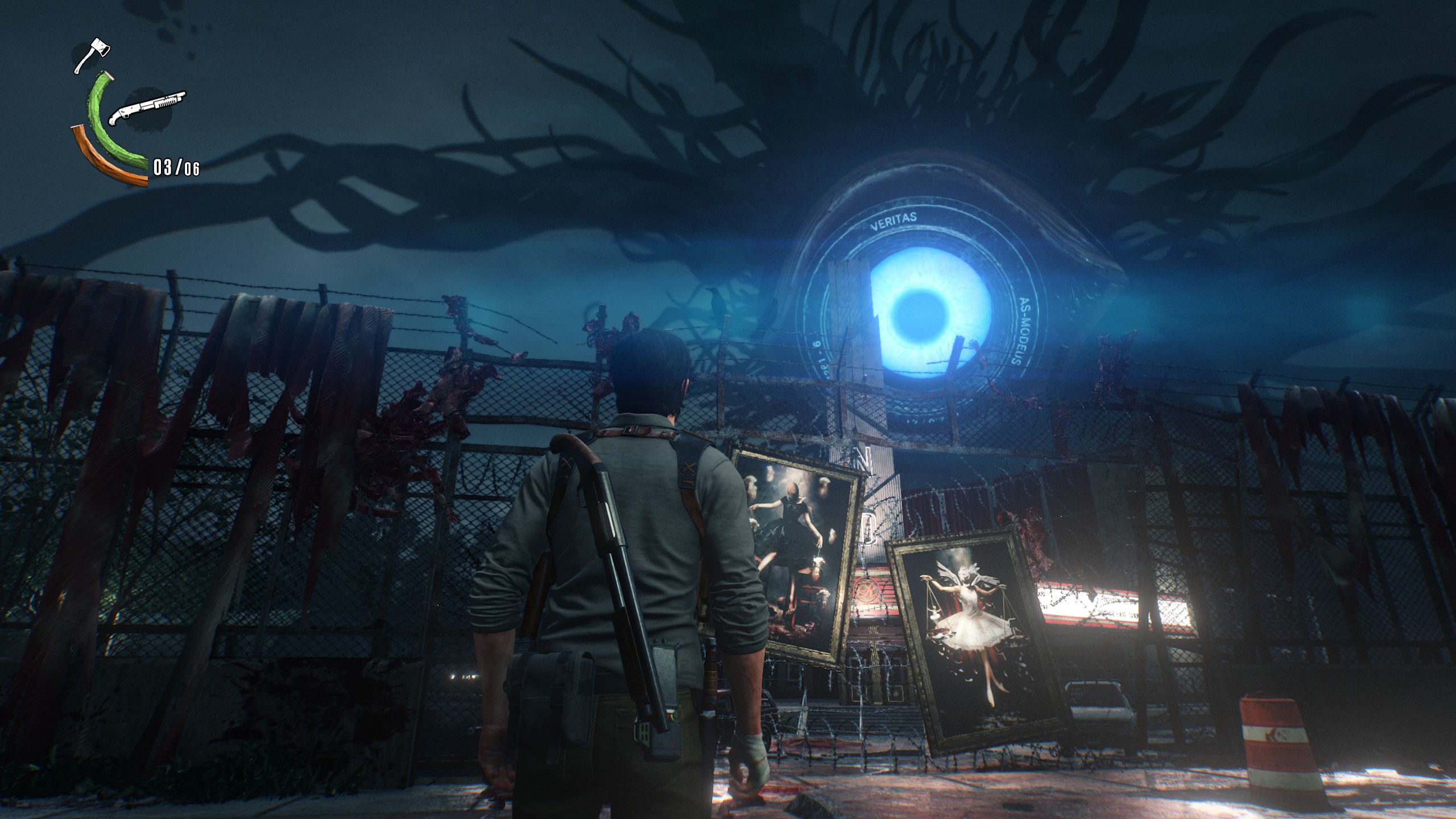 Doors in grotty hospital corridors open out onto bucolic wheat fields with blood-red skies, corridors flip 180 degrees sending protagonist Sebastian Castellanos hurtling downwards: smash through a door and the world right itself, and Castellanos is orientated normal again, crashing to the ground in a heap.

Playing with the form of games allows developers to get inventive, and betray the player. Remedy knew this well with Control, a game set inside a formless, impossible labyrinth of concrete. Flick a light switch, and you’re in a mysterious motel, a liminal space between worlds. Solve a puzzle there, and a room with a single bed opens becomes a doorway to an immense void, a brutalist stone bridge jutting out into the abyss.

Walk over this, and you end up in an obsidian quarry lit by the stars of unknown galaxies. Turn a corner and you’re back in a canteen. One section of the building is flooded with wooden clocks, others rotate and warp as you head through them. In a standout moment, a smoking lounge in a hotel with walls covered in lurid wallpaper becomes a shifting maze of endlessly repeating doors, rooms that chop and change like giant puzzle pieces around you. 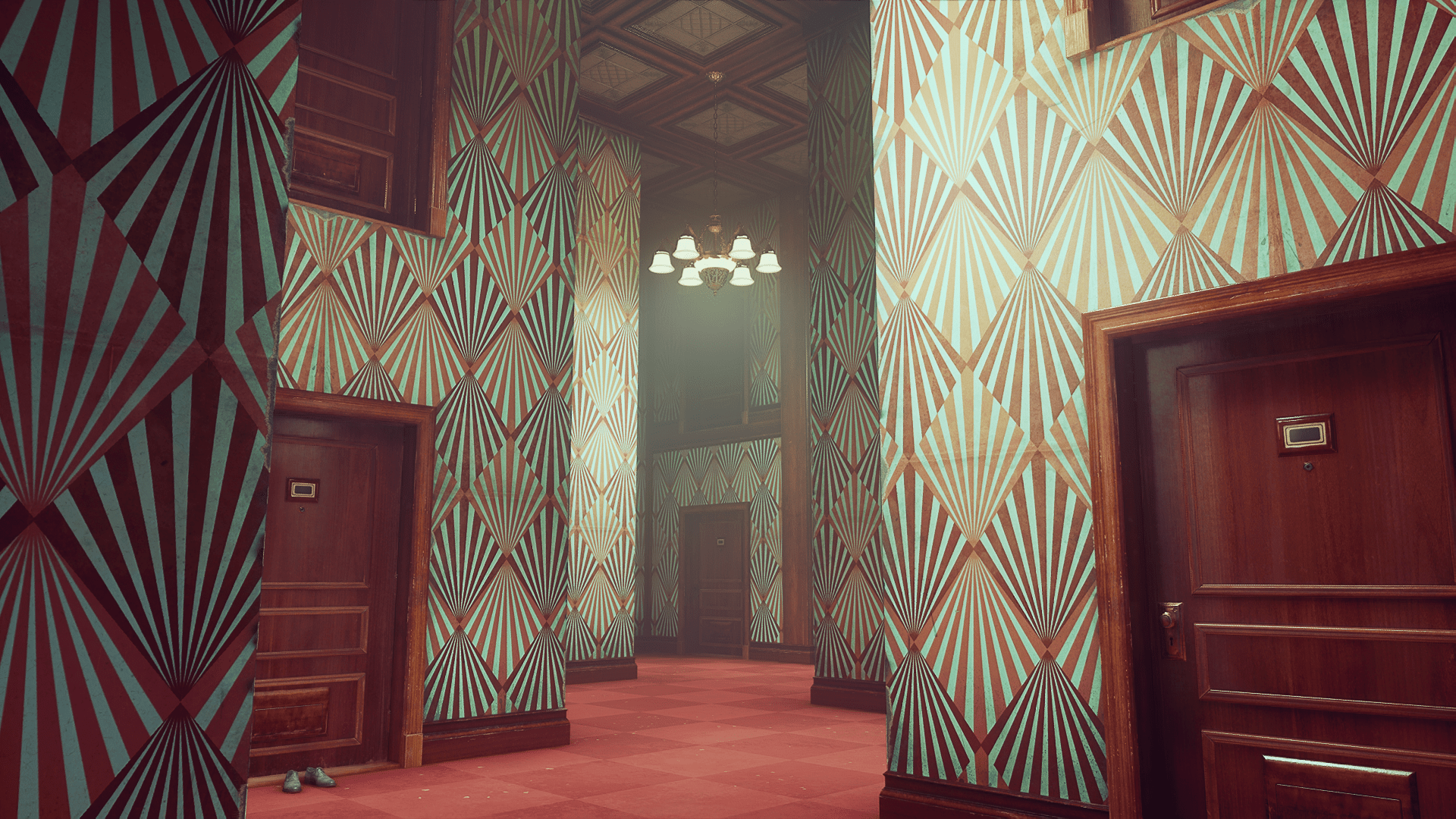 There’s a rare power in these spatially defiant places. Subversion is a great way of creating effective scares: corridors that stretch out unfairly ahead of you, the distance to a place of respite constantly shifting as a threat chases from behind, it’s a kind of magic only games can pull. They have no real constraints, they can tease dimensions beyond the constraints of our world, they can play with distance, size, space – everything is game.

One side effect of this is the sense of uncanniness that infects other games. Maquette is anything but a horror game, but there’s something wonderfully unsettling about its spatial puzzles. Being able to see the area you’re standing in, but smaller is novel, but the game doesn’t treat it like this. These are not separate places; They are one and the same, dropping a toy staircase on the domed structure you’re standing in causes that staircase to thud against the dome above your head. The implications of the link are powerful and unsettling.

The game doesn’t lean into this angle much – there are moments of warped cityscapes and staircases floating in roiling storms of nothingness – but it shows how rich this seam is. Games with endless repetitive fractal environments like Manifold Garden and Echo may not contain outright horror moments (although being stalked by echoes of yourself in the latter is incredibly tense) but the proposition of the endless stretching out ahead of you has an existential terror. I don’t like it when video games use warped, imaginary physics to remind me of how small and insignificant I am in this cold, cruel universe. 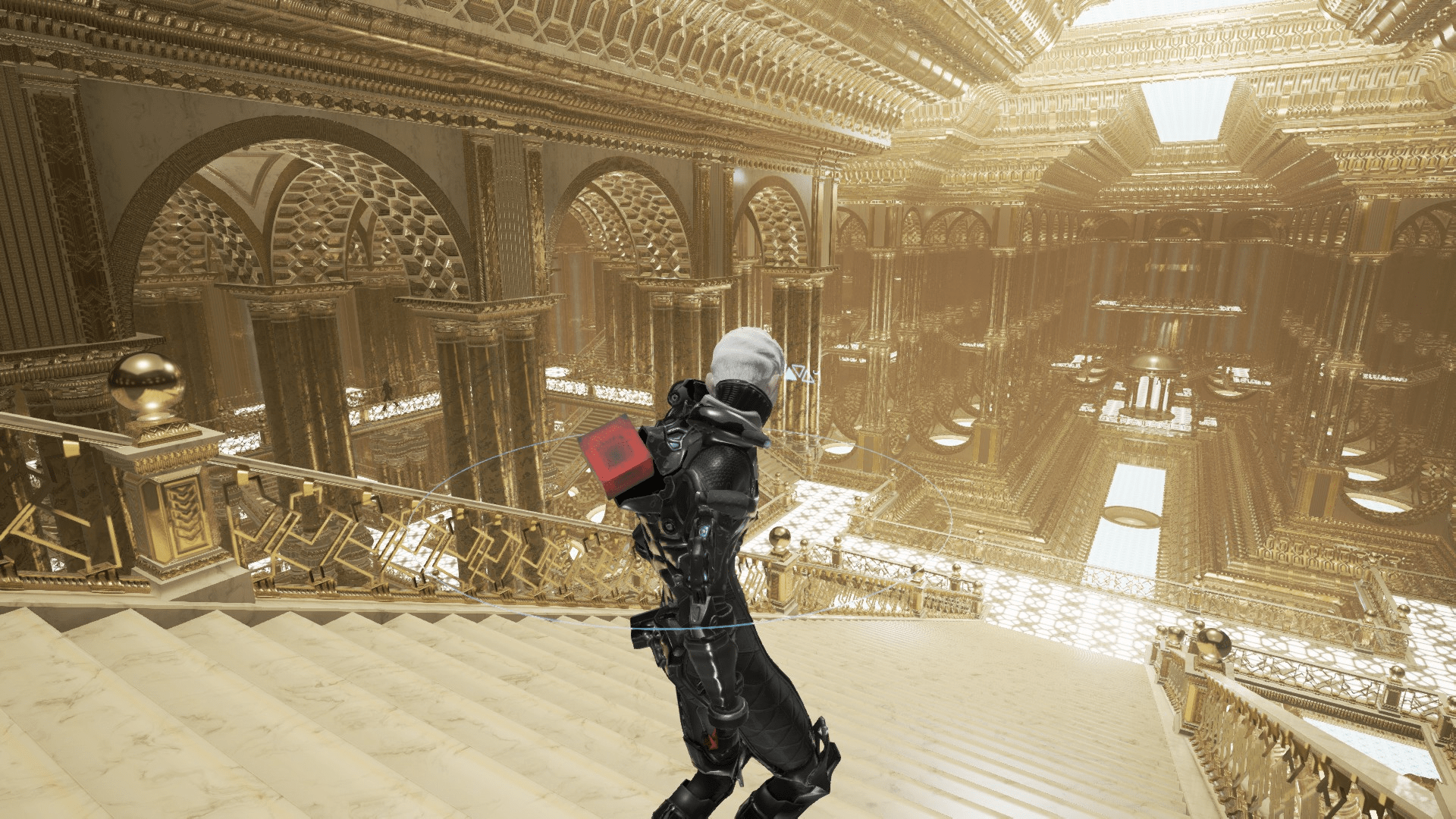 As games continue to pursue the realistic; the gritty, textural, tangible environments, horror will continue to grow through immaculate representations of choking darkness, pixel-perfect imaginings of abandoned asylums, and the horror of the real. But they have the power to do so much more, to bend and break rules, to treat space and location like a deck of cards to be shuffled into improbable configurations, to create a horror rooted in the unknown. I want games to dig beyond the firmament we are stuck in with this world, and lean into the surreal architecture of the impossible, the cold abyss of weird that is only possible in a digital space.