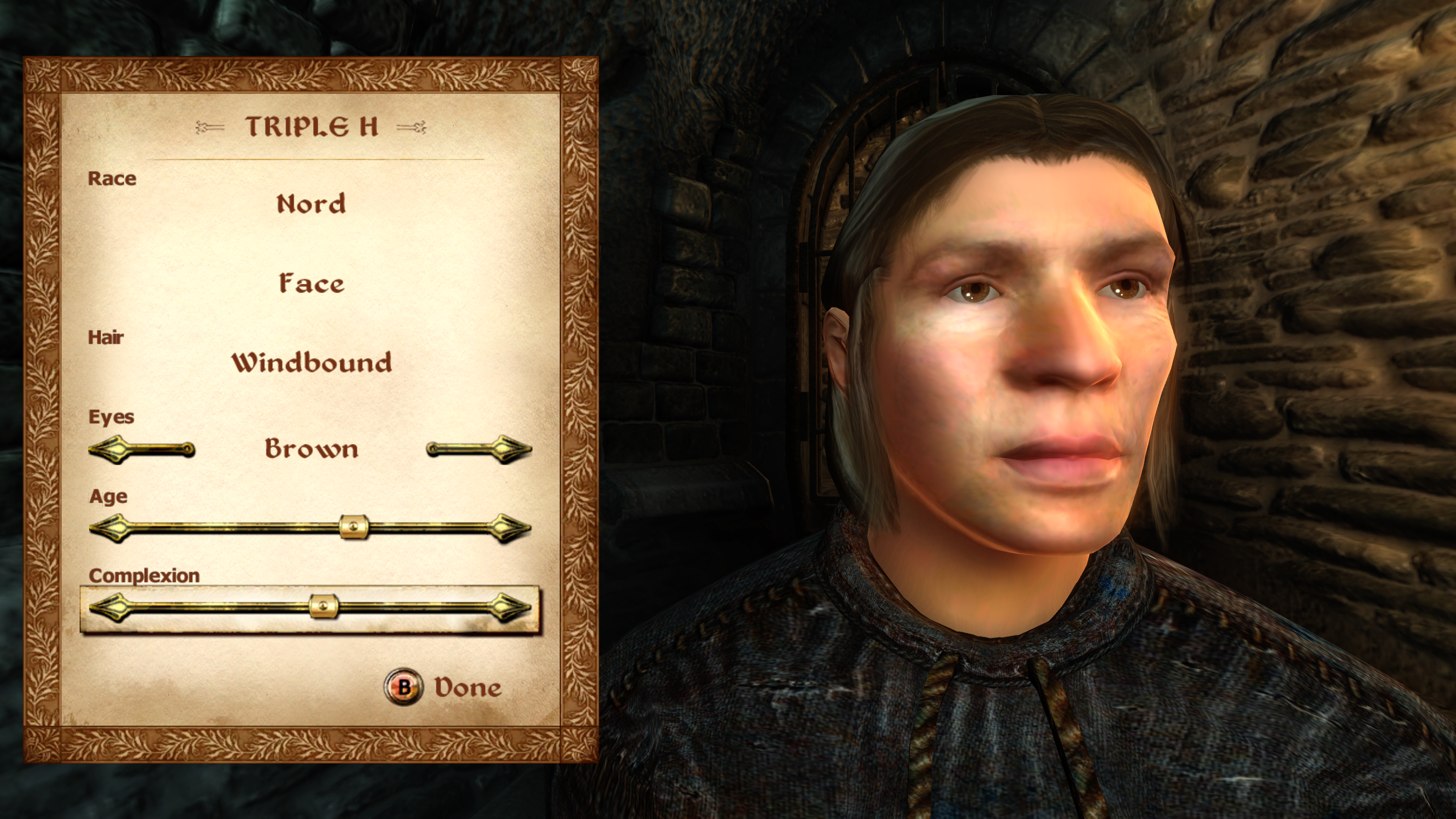 Oblivion as my first ever video game was something mind-blowing. Most people my age or a little older typically experience something 2D or Nintendo-made as their first-ever video game, but here I was faced with an endless opportunity in a life-like world (well, for the time). I could go wherever I wanted, speak to countless characters doling out quests, and listen in on the everyday conversations of characters from any one of a handful of intriguing races.

Oblivion sold itself on its open-world freedom, and that’s embodied in the game’s character creation system. Buried and forgotten about in a rotting cell, your character starts Oblivion as a blank canvas, inviting you to paint over them however you see fit. You can choose any one of several different races, from the amphibious Argonians to the stoic High Elves, and you can mould their facial features and statistical attributes to your liking. Oblivion’s character creation really drove home that this was an open-world epic RPG in which I could be anyone I wanted, and do anything I wanted. 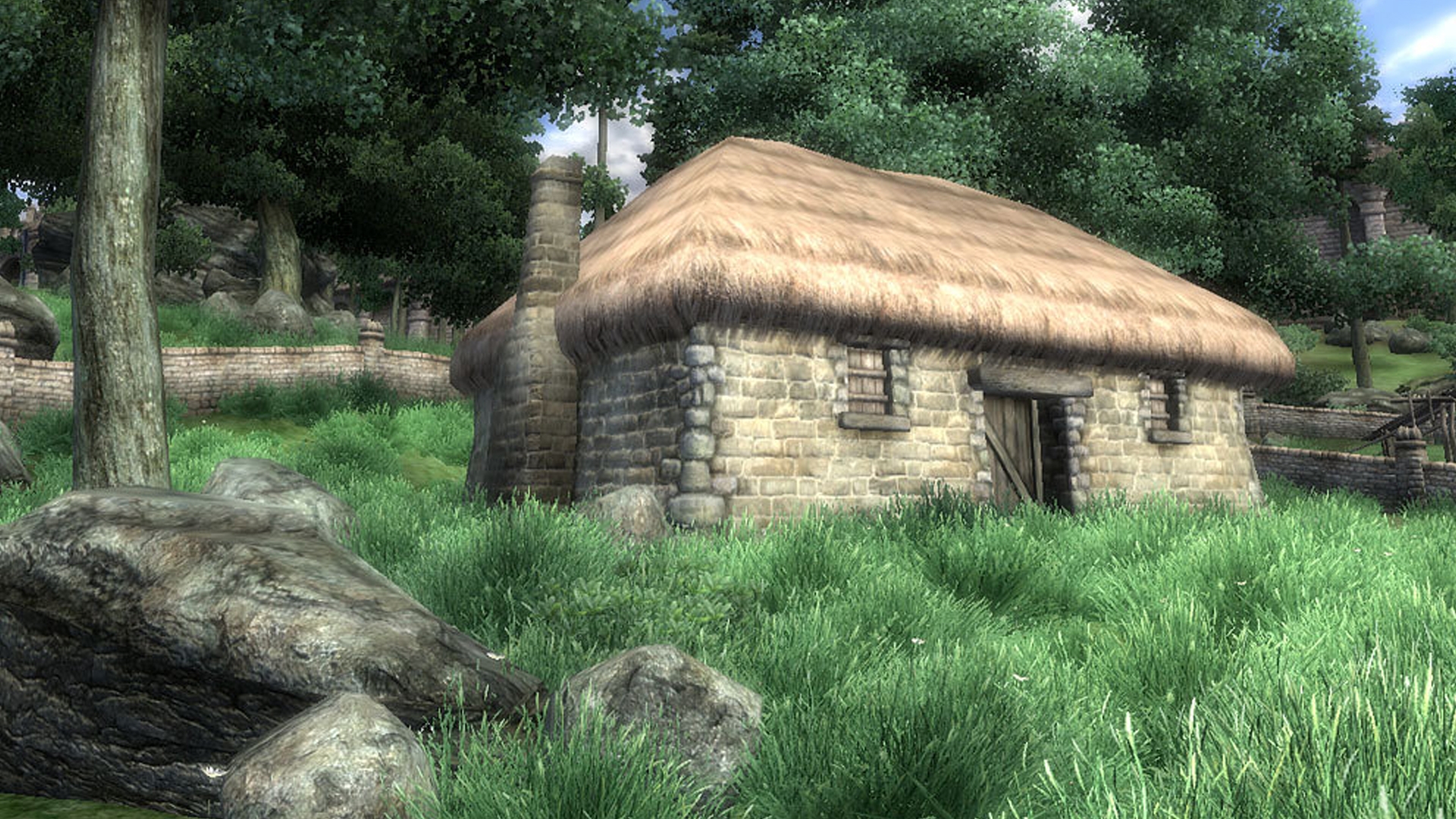 This came with unexpected problems. Not with the game itself, mind, because even now at the time of it’s 15th birthday, Oblivion is still one of the high points of The Elder Scrolls series. The problems came with how I associated Oblivion’s open-world freedom with its character creation system, and linked the latter as, in my mind at least, essential to open-world RPGs giving you the freedom to explore and adventure at your will.

In my incredibly inept mind, I believed the only way a game could truly be free and open-world was in allowing the player to create their own character from scratch. I saw Oblivion’s character creation tool as being intrinsically linked to its sense of freedom, especially since it’s within the actual game itself, and not a menu system, that you’re prompted by an NPC to create your character. By putting its character creation system within the game itself, Oblivion hands the power to you as soon as you set foot in this mysterious new world, and I obnoxiously saw this as an essential facet of an RPG.

This was a massive mistake, obviously. I scanned over the RPGs of yesteryear like Mass Effect and Dragon Age 2 with intrigue, until I noticed that they didn’t boast a character creation system. Out they went, along with countless other RPGs that I never believed could stand up to the creative freedom of Oblivion, all simply because they wouldn’t let me create my own minion. 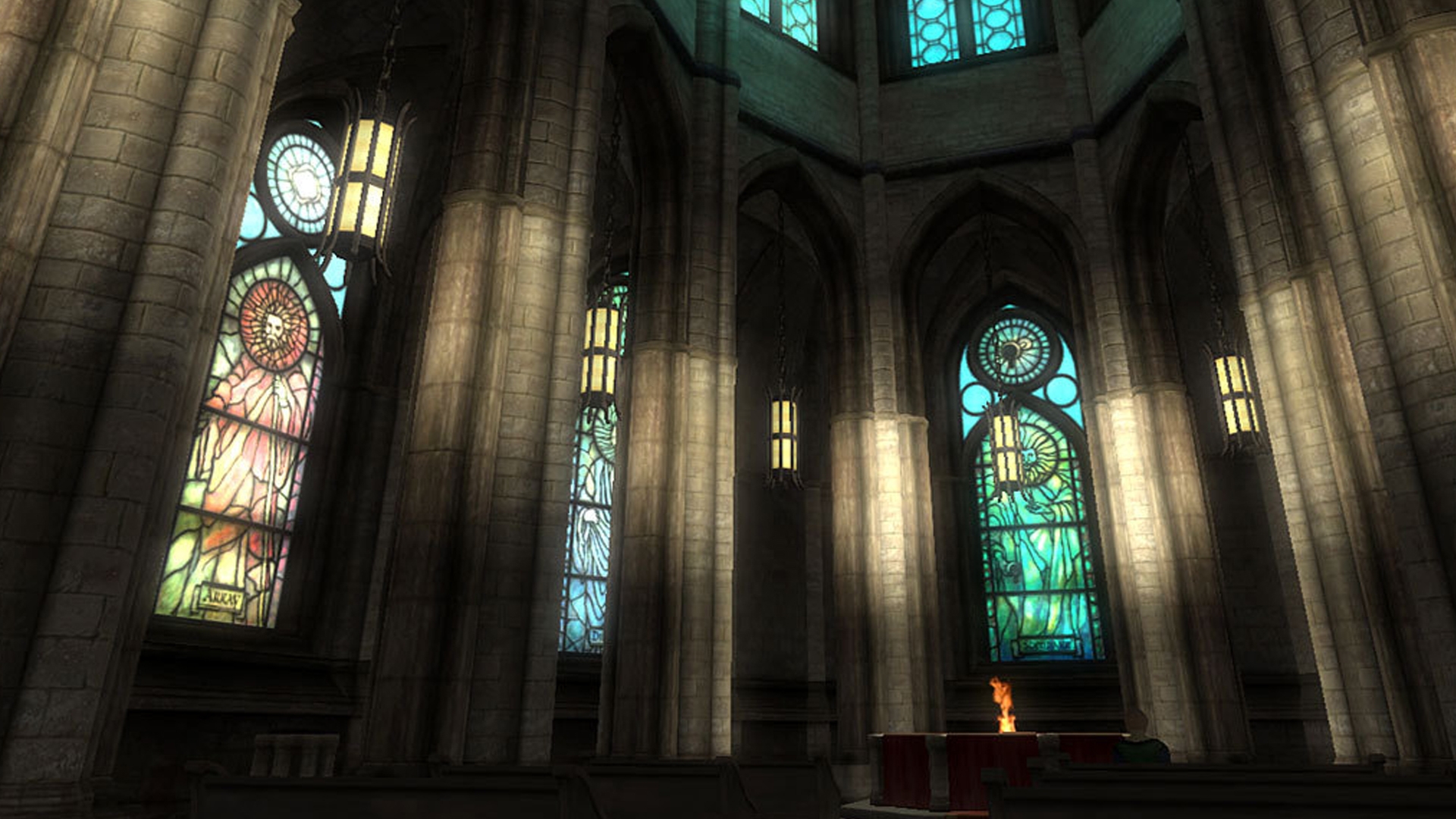 One game changed that for me: The Witcher 3. In 2015 I decided to see what all the fuss was about, and reluctantly stepped into the shoes of some strange white-haired man who couldn’t talk properly. Within the realms of this hundred-hour epic, I discovered that yes, you actually can find your own place in the shoes of another, through slightly less overt methods of crafting your own custom-made character from scratch. The Witcher 3 lets you mould Geralt of Rivia into your own character through dialogue and story-based decisions, shaping the monster hunter into your own version of Geralt.

There are many Geralt of Rivias out there: some may have got Ciri killed through their actions, for example, while others took a harsh line with former flame Triss and cast them out of their lives. The point is that everyone has their own Geralt of Rivia, and that’s not beneath Oblivion’s character creator in giving the player a sense of presence and belonging in a fantasy world.

This is all to say that I was an incredibly stupid child, and I really needed to view player agency through something other than a character creation system in RPGs. Now it’s my backlog that’s really suffering, as I try desperately to catch up on all these RPGs that my foolish past self overlooked for no good reason. Maybe I’ll be done for Oblivion’s 30th.

Hirun is a freelance writer based in the UK, writing about the latest news and delving into community stories for Gamesradar, as well as guiding ongoing games for Eurogamer, Fanbyte, and more..