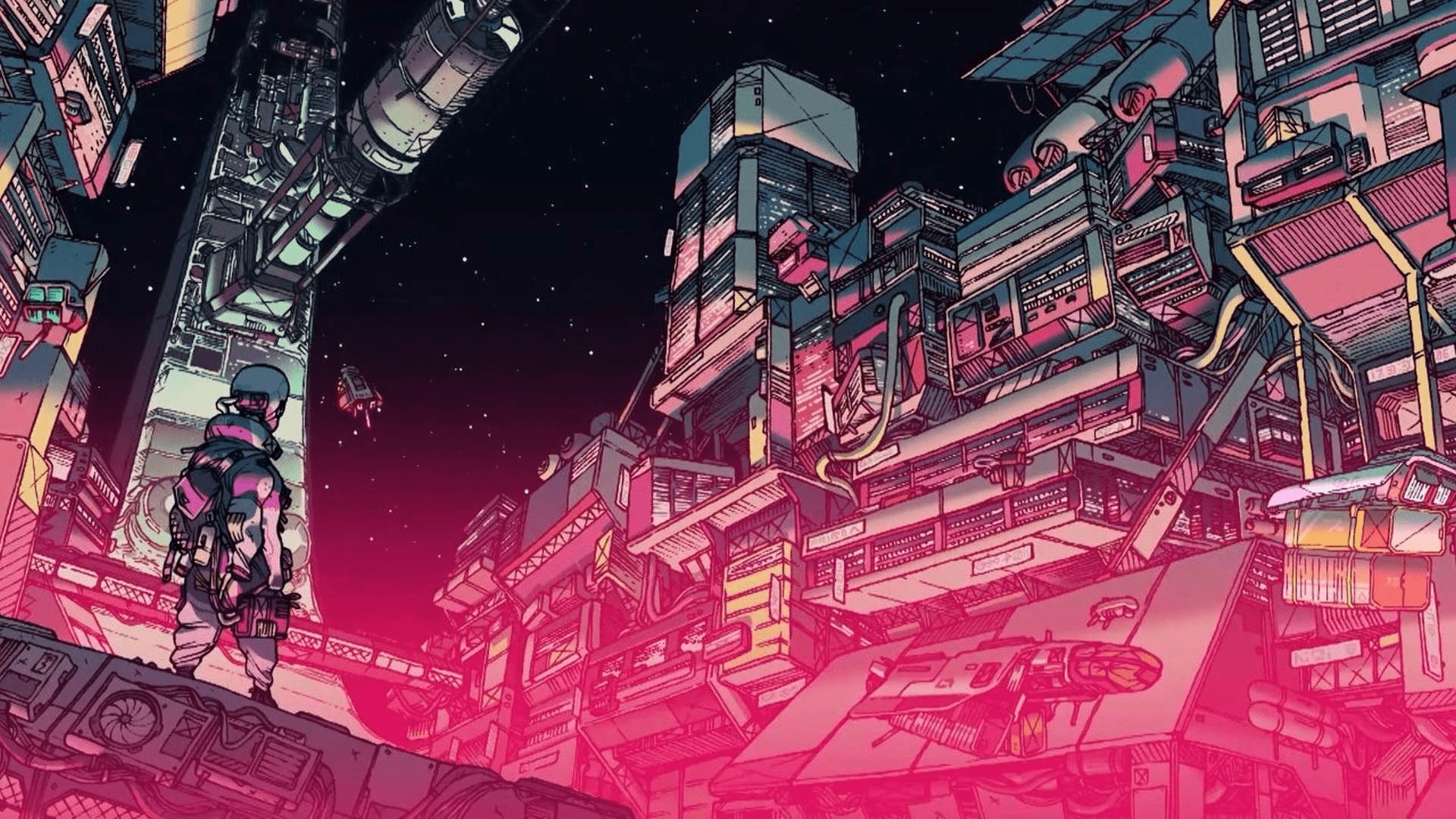 As I left on a ship with my friend, I imagined the enormous space station falling away behind me, an imprint of myself I could have left differently, habited, or died on in many different realities. As I had chosen this one, the credits rolling made me wonder if that was my choice, or just the result of a chaotic series of events. Citizen Sleeper is all about what you’re left with, and what you make of choices and time in a world where nobody waits for you to catch up.

Found floating in space, you are rescued as a sleeper: a cyborg of sorts who has sold their body to a corporation. Sleepers are not well liked, and while you’re given mercy and a job, you’re left to figure out how to live and survive in a body already falling apart. Every day you have up to five ‘action dice’ with various probability levels; some make actions a sure thing, others can leave you open to great risks. Every day the design of the game forces you into a dilemma: what can I fit into today? 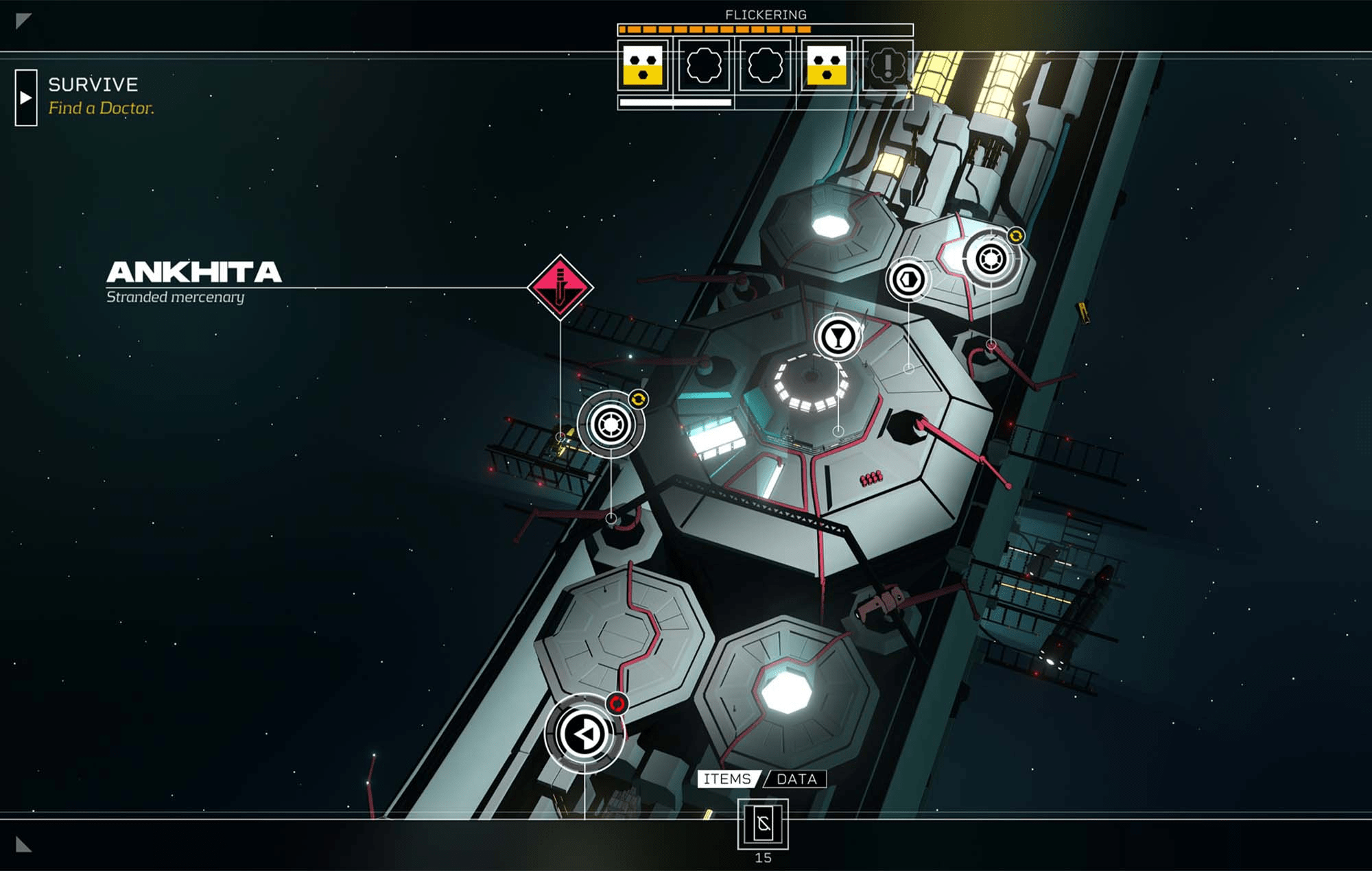 As previously stated, sleepers are not liked. Seen as unsettling lesser beings, you’re often met with hesitation, at arm’s length at all times. So while you work through a list of objectives such as repairing your body, finding work, stopping yourself from being tracked down, you’re also working towards building trust and loyalty with not just characters but whole communities around you. How? By putting in the work. If you’re not spending dice, you’re not going to survive.

This is the brilliance of Citizen Sleeper as a science fiction game that achieves the genre’s goal perfectly: using a mix of science and fantasy to reflect on ourselves as humans. Using probabilities, perks, countdowns and numbered dice, it transforms this space station into a way to understand how we live under capitalism. With a focus on ‘you can only do so much in a day’, Citizen Sleeper simulates an anxiety we all know. Do you put in a shift to make sure a debt is paid? Do you try and get yourself fixed up, restore some energy? Do you try and build loyalties at your local bar, maybe make a new friend? Or do you try something risky, worried nothing will be enough? The glaring reality that you won’t be able to do everything is what turns this space station simulator into something that really feels like a working life.

Your robotic body is vital to this, as what’s called your ‘integrity’ reflects on your action dice. If you haven’t bought expensive healing vials, your body is going to gradually break apart, giving you less dice to use. The less you look after yourself, the less you’re able to get done in a day. But can you risk buying the vials, when that money might be needed to buy parts, access new places to work, pay debts? It doesn’t take much to see the links between Citizen Sleeper and the difficult decisions working class people have to make under oppressive systems, and it still delivers the experience in an immersive and slick manner.

You may read this and think this game seems bleak – everything I’ve described certainly is. And yet I don’t feel dread playing Citizen Sleeper. None of this ever feels miserable because the writing of narration and the characters are bursting with life. After getting past some tense discriminations, you’ll come to meet a variety of people living on the station, all trying to achieve their dreams and survive trying. I adore every interaction in this game constantly reminding me that while the systems in place are crushing and often cruel, the beautiful parts of humanity are never hard to find. 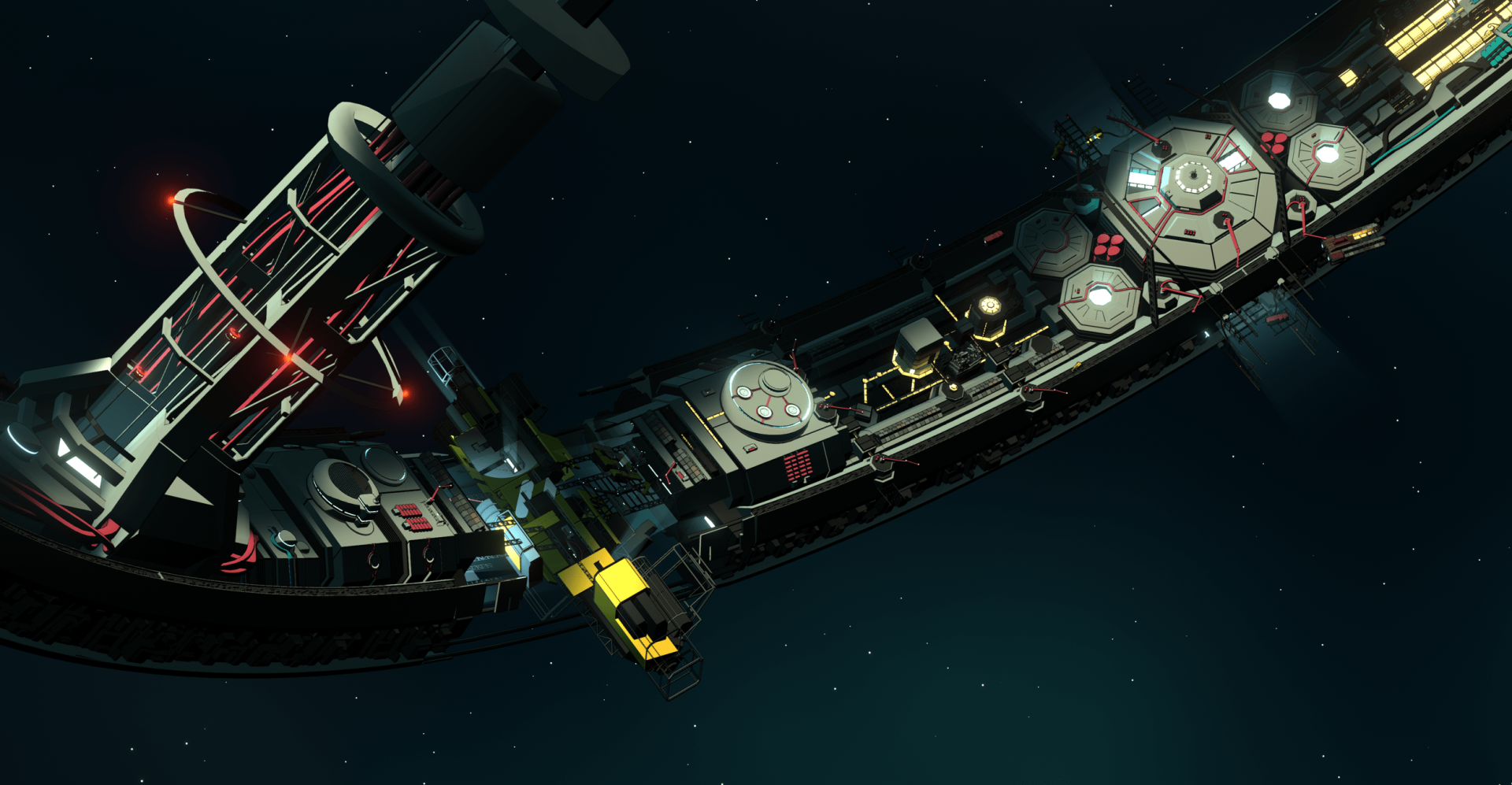 Whether it’s a biologist bringing back an ecosystem thought lost generations ago, a hacker trying to bring down corrupt leaders, an engineer risking it all to start a business with you, or a bounty hunter out for your blood, every person in Citizen Sleeper felt like a new chapter in a story with their own set of action dice just trying to do the same as you in their own weird way. I made my loyalties with some, created enemies of others, and while I managed to find a way off the space station it’s hard not to look back and wonder what it would be like if I had spent my time exploring the places and finishing the tasks I wanted to, but was inevitably unable to. Whatever gut reactions I had every day did lead me there, and it did for a reason. Any game that can makes me reflect on something like that, on the building blocks of what makes me who I am, is a spectacular example of video games as an art form, and a masterclass in science fiction.