Happy birthday to this slow-mo legend. 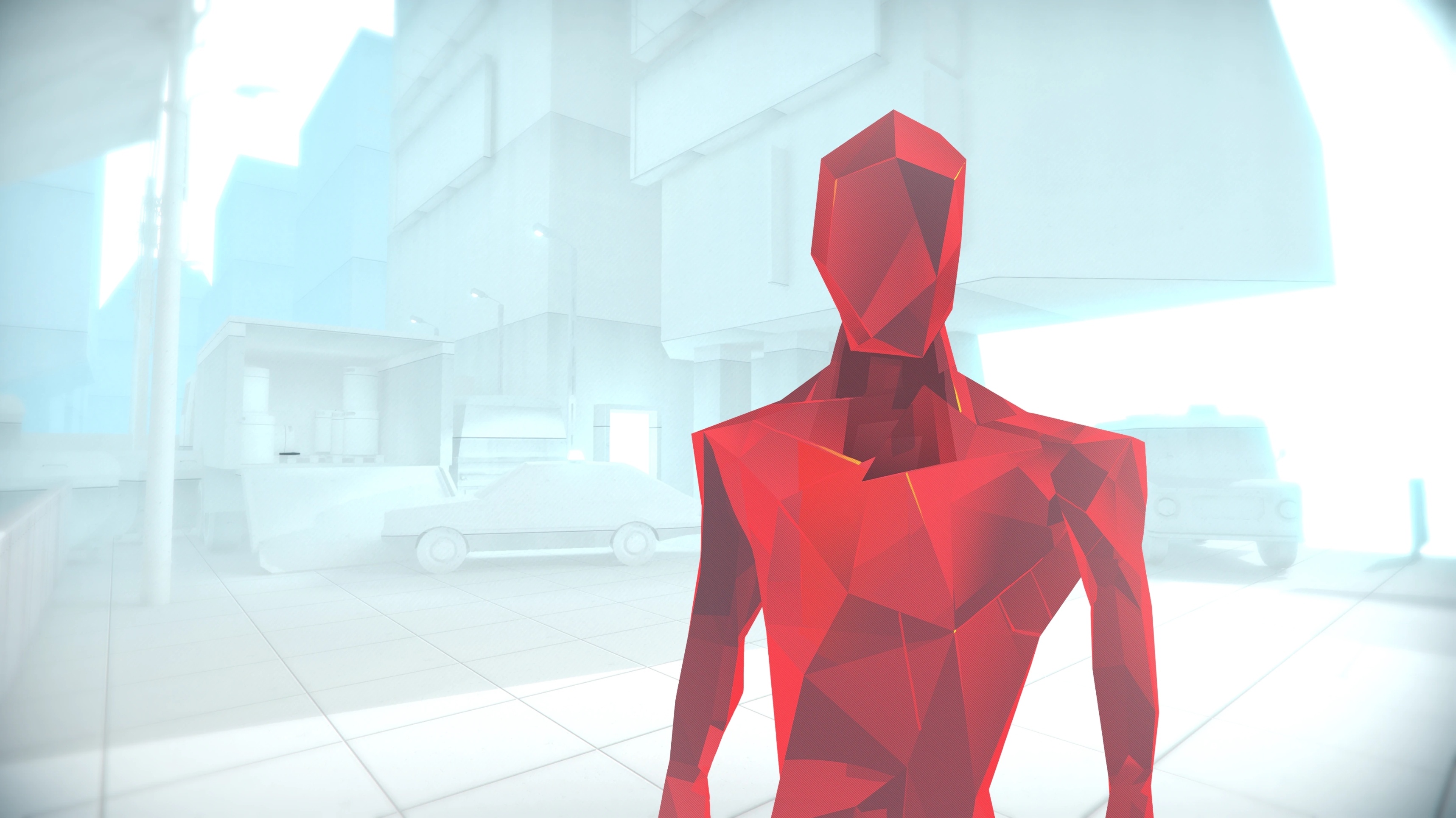 It’s been five years since time-bending FPS indie SUPERHOT hit PC in February 2016, as celebrated by the developers in a montage of memories. I have the humble hipster brag of saying that I played it much earlier when it was just a game jam demo built in seven days back in 2013. It’s come a long, long way.

It was instantly striking in its art design, crisp glowing red enemies in a grey polygon world taking advantage of the limited resources and time a game jam suffers. The hook: time moves when you move. Combine that with bullets and katanas, and this Polish team has an iconic and constantly re-playable masterpiece that’s been expanded upon in every way.

The full game had obviously built polish over the one cobbled together in a week, but also had so many new mechanics stacked on top of it. The gimmick of slowly ducking bullets never gets old for me, but the option to throw a sword, body swap to the person you’re throwing at, catch the sword and stab a nearby enemy? That’s timeless.

The decision to stick to the glowing red, simplistic polygon design was smart also, as it created an instantly recognisable look that broke into the mainstream. The mystery and story of VR and mind-hacking wasn’t by any means a highlight, but simply kept up a stylish tone. It tapped into a genre of indies that experimented with the player and challenged the grey lines between character and controller. It played with UI, old console commands and made you feel like a program trapped in a CRT screen.

Level design also had much more intent, with tiny elevator fights forcing you to use your movement carefully and large bar brawls keeping you moving in fear around multiple enemies. Secrets also featured around the levels rewarding you for jumping outside bounds, prompting you to experiment with the fabric of the game. The limited ammo of guns forces you to throw and punch and grab whatever is available so you never feel fully at ease, and makes you plan a route over minutes that in real-time takes five seconds. The geography around you encouraged trying different options, jumping and diving from above or weaving through cover head-on.

After great success and expansion to console platforms, SUPERHOT VR seemed like one of the most no-brainer decisions in recent games history. A first-person shooter based around ducking and weaving slow-motion bullets with a storyline about virtual reality? It hit at the boom of VR hype and quickly became a must-buy for many. It was simple to understand, striking to experience, and very, very fun. I believe the marketing of virtual reality headsets wouldn’t be the same without the concept of SUPERHOT dominating trailers and PR. It was a known game that translated to VR brilliantly instead of some sci-fi FPS tech demo, and made us think of what else could do the same.

But that was 2016, and while the VR title remained popular as more gradually picked up headsets, the team behind SUPERHOT kept working on their engine. SUPERHOT: MIND CONTROL DELETE hit early access on Steam, a more arcade-like experience with a web of expanding abilities to do within the game. Enemies now had armour, bullets could ricochet off walls, enemies would explode bullets in all directions. Players could create almost a deck build of finite lives, perks and weapons to take on levels in a game constantly worked on over four years of development.

Nothing feels like SUPERHOT does. The developers found an idea that was eye-catching and bold, and expanded on it with polish and creative flair for over seven years. From game jam demo to early access roguelike, the relationship between player and developer always seemed linked in a way that larger AAA studios can’t achieve. Experimentation and community support kept SUPERHOT feeling like a living, amalgamating, digital organism that spanned from PC tech test to virtual reality experience.

If you played through it briefly and never went back, I firmly recommend going back, or trying the MIND CONTROL DELETE title. SUPERHOT seems to be the indie that never stopped giving, and I hope it’s somehow still played in another five years and recognised as one of the best games in the world. If you think I’m crazy, have a go yourself. Tell me that slicing a bullet mid-air with a katana in slow motion isn’t the coolest thing you’ve ever done.