In 2020, the Coronavirus pandemic impacted life in unprecedented ways. Beyond the obvious disruptions, the ripple effects of 2020 have been felt throughout countless industries. In games, plenty of titles have been delayed as companies shift to a work-from-home schedule and massive trade shows such as E3 and Gamescom were cancelled. Also affected were the launches of the PlayStation 5 and Xbox Series X.  A global semiconductor shortage combined with a general increase of demand for gaming hardware made the next-generation consoles practically impossible to find, let alone buy.

This kind of increase in demand has also been seen across other nerd culture products. Pokémon cards, toys and collectibles have all seen a massive spike, especially on resale sites such as eBay and Stock X.

For those unaware, StockX is a community marketplace that prior to this year specialised in high end sneakers and fashion. It’s not uncommon for these items to be sold between users for thousands of pounds. A staple in sneaker culture, popular new releases that instantly sell out in stores are immediately available on StockX at an inflated, user-set price.

The recent collectables boom, especially for products such as Pokémon card and games consoles has expanded StockX’s offering. No longer solely focussed on streetwear and other fashion pieces, the site’s ‘What’s Trending’ section is dominated by the PlayStation 5, Xbox Series X/S consoles and the newest Pokémon cards.

Why exactly did this happen? Well I sat down with Jesse Einhorn, StockX’s Senior Economist to discuss the explosion in nostalgia based collectables, Stock X’s move into the video game space and how he perceives the gaming industries adoption of sneaker culture. This interview was following Stock X’s annual report detailing some absolutely staggering numbers which show just how much the space has exploded. You can read the report here. 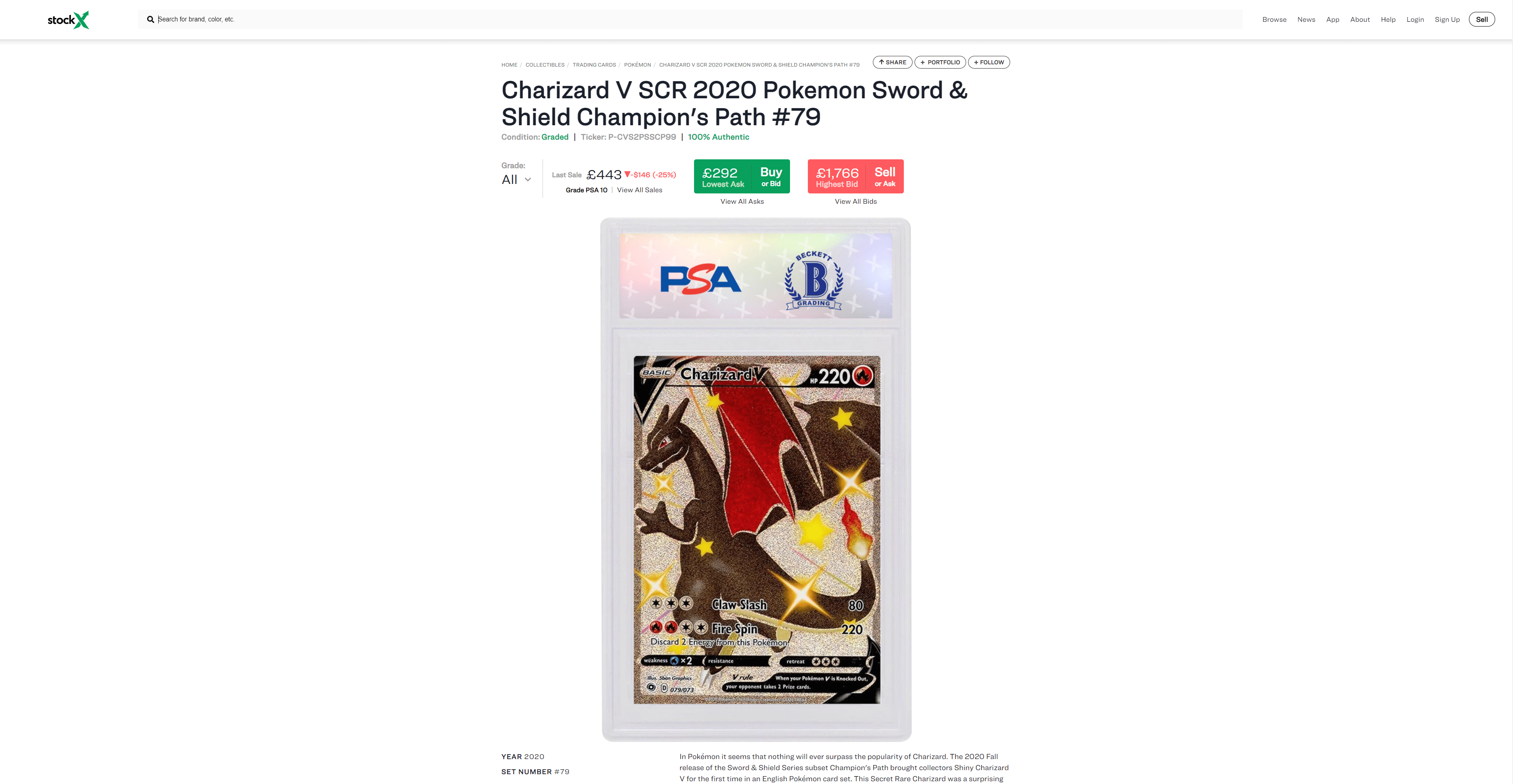 I asked Jesse his thoughts on the impact of the unprecedented launches of the PS5 and Xbox Series on Stock X and their approach to this new market;

“It was really surprising and amazing to watch what was typically a marketplace for limited-edition streetwear, sneakers and collectables suddenly become a leading marketplace for gaming consoles.”

As a user of the site, primarily for purchasing hard-to-find sneakers, the change is obvious. Upon visiting the homepage of StockX today, you’re greeted by a Gucci belt next to a PS5 and an Air Jordan 1 sneaker placed next to a PSA graded Lebron James basketball card.

Jesse notes however that due to the inherent differences in the supply of consoles and limited edition shoes, the prices are steadily starting to go down, something unique to consoles on the platform.

“Consoles are specific in so far as the prices are tending to decline. Typically on our market, prices tend to slowly go up over time. That’s because these are intentionally limited edition products with no subsequent supply following release and only increasing demand,” he adds.

“There are cases where a sneaker restocks, but in most cases when a sneaker releases, that’s the last time it’ll ever release. So typically prices are at their highest pre-release, then release comes and the prices settle down, after that slowly after weeks and months the price will climb back up. We actually call it the ‘Swoosh Curve’ due to it looking like a Nike swoosh.” 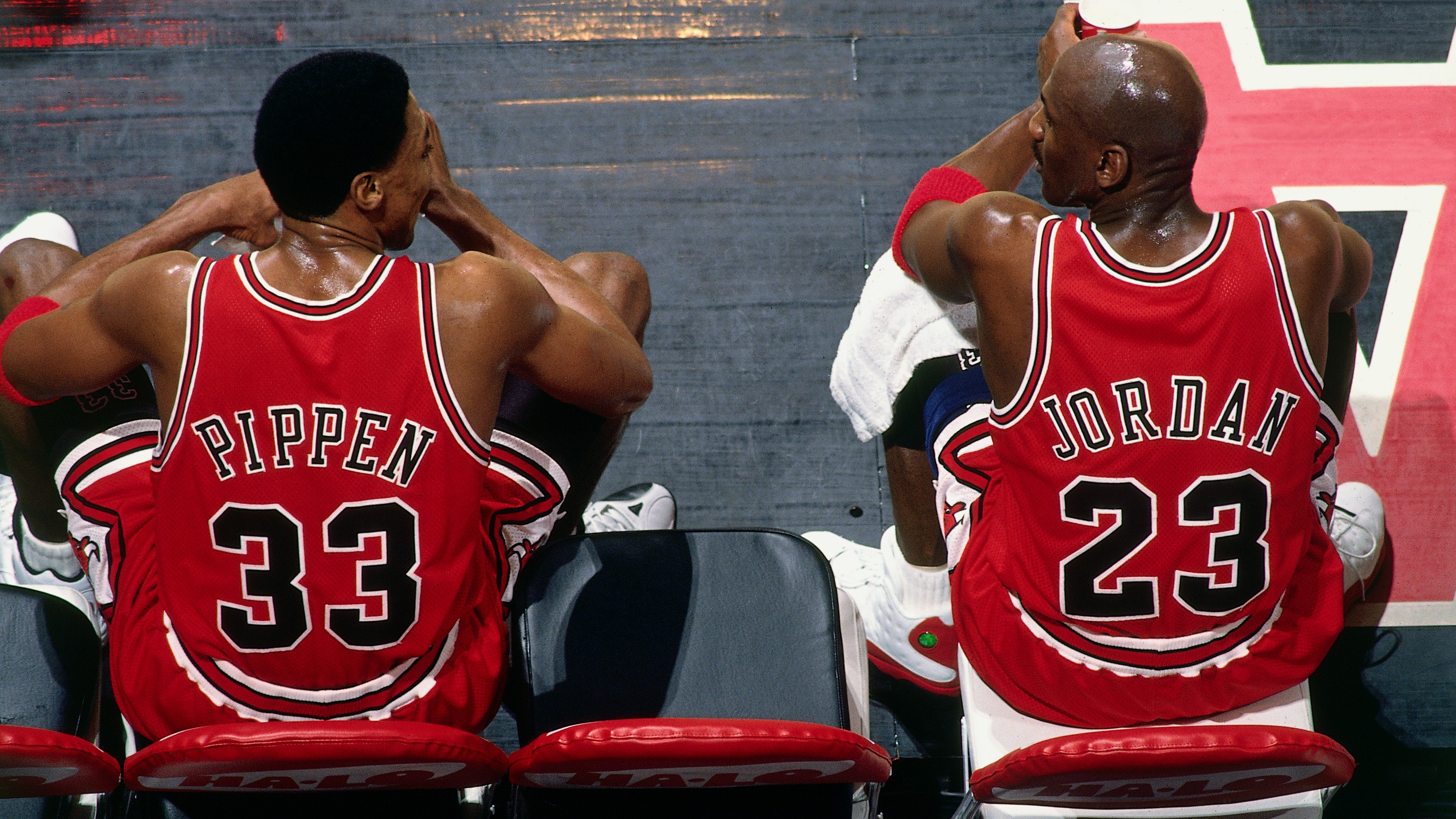 This isn’t the case with all items however, due to StockX’s status as a living, community marketplace, cultural events can have a massive impact on sales. Jesse sights The Last Dance, a Netflix documentary following the career of Michael Jordan as a flashpoint wherein prices for classic Jordan sneakers doubled or even tripled in price.

“Pokémon products, unlike consoles are more resembling sneakers in that kind of price appreciation and I think that’s being driven by the fact that Pokémon products are benefiting from changes in behaviour, this new type of young investor behaviour, where young people are looking for culturally relevant and financially sound vehicles to put their money and Pokémon products, sealed boxes specifically seem to be that. Pokémon cards generally are up 300% year over year.”

I asked Jesse for his thoughts on the crossover between gaming/geek culture and sneaker culture. As someone that’s firmly in both, the parallels are easy to draw, a sentiment he agrees with.

“In some ways, they’ve been juxtaposed in the cultural mind as sneakers and streetwear are closer to high fashion and nerd culture is nerd culture so I think older generations don’t recognise the correlation and the cross-over,” he said.

When you look across how many different brands are embracing the drop model, it’s probably inevitable that games adopt that model.

“There are a number of Nintendo themed sneakers that do extremely well on our marketplace, Travis Scott is collaborating with PlayStation, BAPE is partnering with Razor, all of these are really clear signs the cultures are converging.

Travis Scott is one of the most culturally significant rappers in the world today. His influence on youth culture is massive and anything he collaborates with instantly becomes a hype item. Not only did he start in one of the earliest promotional videos for the PlayStation 5, wearing as-yet-unreleased PS5 themed sneakers, he also appeared in Fortnite performing a virtual concert.

“I think the Travis Scott collaboration with PlayStation is the clearest signal (of the cross over). More than any other figure in the space, Travis Scott is the epitome of this person who’s able to mint and determine what is cool.”

A hallmark of sneaker culture and collectibles in general is the idea of boutique drops. Hyper limited items that sell out instantly. I asked Jesse if he thought  that this may be an approach that the video game industry indulges in more. Limited edition consoles themed to large games aren’t new, but they’re often produced in quantities far in excess of a typical sneaker launch.

“In a way, they accidentally did this last year, due to a various number of factors, supply was limited so people had to wait weeks and months for the restock. That was a glimpse of what it would be like,” Jesse explains.

“What we’re seeing is more brands moving towards a drop model. There’s a realisation that brands like Supreme and Jordan have been very successful using the drop model to generate hype and excitement. When you look across how many different brands are embracing the drop model, it’s probably inevitable that games adopt that model. I think limited edition colourways of consoles are definitely in our future. It used to be there was value in luxury items because they were expensive, but now the excitement is often tied to its scarcity. That’s where StockX has had success, bringing access to people.”

While a move to a more limited model of console releases does seem likely, this is sure to cause upset in the gaming community, especially with those not familiar with the practise from other collectible markets. The launch of both of the new consoles has been dominated by stories of scalping, bots, and staying up until 3am in the hopes of a restock. Hopefully, if companies move towards this model, they implement a fair way for anyone that really wants on to be able to get it, but to these companies, they’re getting the same amount of money from someone who’s buying to sell and from someone who’s buying to enjoy, so there’s not a huge incentive for them.