Grappling with my own guilty spark and abandoning protocol 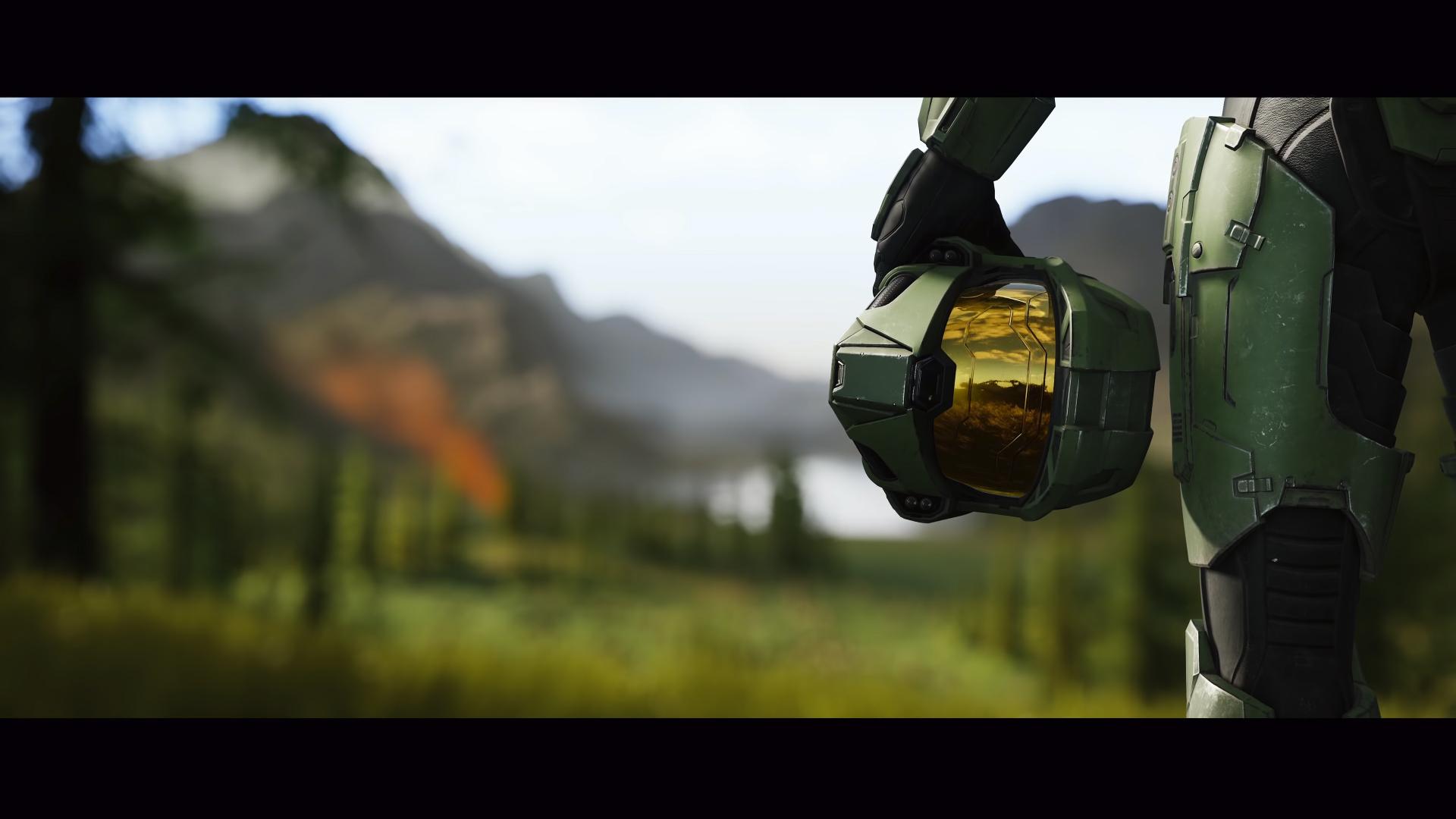 I’m not alone when I say I can name several instances of the Halo franchise being a formative point in both my life and my career. I could name countless scenarios – endless  childhood weekends of pissing around in Halo Forge, freezing my chebs off in the November rain to secure a midnight copy of whatever box the stern, faceless space ace was adorning that year, dragging my frail carcass into work after slamming multiplayer until 5am – handfuls of fond, brilliant memories that ultimately contributed to who and where I am now.

Growing up, nerds had their “thing”. Some were the Star Wars kids, some were the Trek kids, my era had the Harry Potter kids (of which I was and am a lifelong member of). All of these universes existed before I’d had a chance to properly comprehend them, but Halo: Combat Evolved dropped just as I was starting to get a grasp of what I was interested in.

I first saw Halo: Combat Evolved during a round of ‘show and tell’ in school. Kids would bring in something they like, and then tell the class about it. One kid brought Halo in, and enthusiastically regaled us with stories about shooting aliens in epic battles in maps that were beyond incredible. Barely in control of my destiny at age 9, I didn’t get to play Halo until around 2004, when my brother got an original Xbox for Christmas, and Halo 2 had just launched.

We were hooked. We burned through the campaigns of Halo and Halo 2 over and over again, my brother and I barrelling downstairs to tell my dad we’d finished both in one weekend and him not quite believing us. We rinsed multiplayer together, we dabbled online being toxic to other players, utterly enamoured with everything this world offered. Other kids had Star Trek and Harry Potter, and I shared in that, but Halo felt like it was *mine*. It was mine that I discovered first and I was going to be insufferable about it.

And for 17 years, that has been my reality. I went through my teens playing Halo, into early adulthood. In my mid-twenties I spent a ludicrous amount of money on a Halo-branded console just to play Halo 5: Guardians (don’t do that). This year, I booked a whole day off work to play Halo; Infinite. My commitment to this franchise remains as strong as it ever was, driven by the very moments that I hold so fondly.

Unfortunately for me, Halo: Infinite did not release in the UK on December 8th until 6pm, when I had anticipated a traditional midnight release. No matter, I’ll download it overnight and then hop into the campaign after work the day after! I popped onto Game Pass, clicked the very easily signposted “Halo: Infinite (campaign)” button and off it went.

Except, that button did not install the campaign. To install the campaign, you have to open the game and tick a box that says “install campaign”. So there I am, deflated for a second time, watching a loading bar inch forward while my enthusiasm slowly subsides.

Not wanting to be completely defeated by lackadaisical installing, I popped over to the Halo: Infinite multiplayer for a few rounds. The Infinite multiplayer dropped a few weeks early as a free standalone, much to the joy of Halo revellers, and I was thoroughly excited to get back into endless nights of filling my mates full of Needler pellets, like the good old days.

And don’t get me wrong, the Halo multiplayer is fantastic. It seamlessly melds the classic Halo vibe, the sprawling maps, the swift gunplay and the chaotic teamfighting with modern elements that make it feel fresh, even up against revolutionary first person shooters. This Halo looks like the Halos that I’m familiar with, the Halos that I have spent most of my life with. It has lush greenery brushing behind those specific, miserable grey structures that ooze the charm of early-noughties sci-fi game design. It has the guns you recognise, the ones that feel like riding a bike when they’re back under your index fingers after a decade. The controls are mapped in your mind, it all feels familiar. It feels like home.

But it’s not the good old days. I have not felt compelled to return to Halo Infinite multiplayer. Is it a lack of a social element that my adult life doesn’t quite emit? No, I have multiple groups of friends and peers to hop into games with. Is it some sort of visual discrepancy? No, this looks like Halo, all of the components are there, so what am I missing?

It’s that Halo has had to pivot into a live game in order to ride alongside games of its ilk now. Call of Duty, Apex legends, Rocket League – they all offer something other than fundamentally just playing the game because you enjoy it. They’re a grind to earn your time, be it with in-game cosmetics, skins, customisable items that turn your hours into a transaction because they’re all competing to keep you. And that’s a Needler pellet straight to my enthusiasm for keeping up with the game’s live elements, and inevitably falling behind.

Halo has to have microtransactions, it has to have a battle pass. I don’t begrudge that and I think it is a fine game despite those necessary additions. And besides, the campaign wasn’t going to be like that. Everything that I have seen in press releases and promotional bits led me to believe that Infinite was going to serve as a soft reboot for the series, gently bringing the franchise back to its roots and pleasing classic and new fans alike.

It took me three attempts, two days and a lot of faffing about to even get into the campaign. Now I can’t hold Microsoft’s weird software bollocks against Halo, but it’s another Needler pellet in the enthusiasm.

This thought process carried into the campaign as I made my way through it. At first, I was completely entranced by all of these familiar environments, jazzed up with modern graphics and slick new movements – grappling onto ledges and sliding through space while a ship self-destructed in my wake. Then I landed in the open world, saw the prompts for taking over enemy bases and taking down targets for skill tree upgrades, and everything in me dwindled. I don’t want this part, and granted, I don’t have to do it, but the fact that it’s there doesn’t sit right.

I look at this Halo, and I don’t recognise it. Not to be all “old man yells at cloud” but while this iteration looks like Halo and to a degree, plays like Halo, it fundamentally isn’t the Halo experience I remember and as I spend more time with it, it’s not the experience I want, either.

But it’s not all Halo’s fault. Infinite is not a bad game, and I think this step back to its familiar roots will do the franchise a lot of good. I’ve come to realise that my investment in one super soldier’s plight to save humanity, whatever the cost, with his big rifle, has drifted off. I can’t feign hyper enthusiasm for a franchise when my interest in its core story is fleeting at best. This will be the first Halo I don’t rush to finish, I’ll pick it up as and when, and that is okay.

My adoration for this franchise is something I feel like I’m clinging to for nostalgia’s sake, rather than something I actively feel now based on what the series is providing. Rather than celebrating a fresh new entry to the world I adore, I feel like I am mourning the death of an era we’ll never see again. And this is the last thing I thought I’d be writing one week off the back of the release of what could be the most impressive Halo to date – but I think I’ve finished the fight.