Sometimes, the best use for something is absolutely nothing 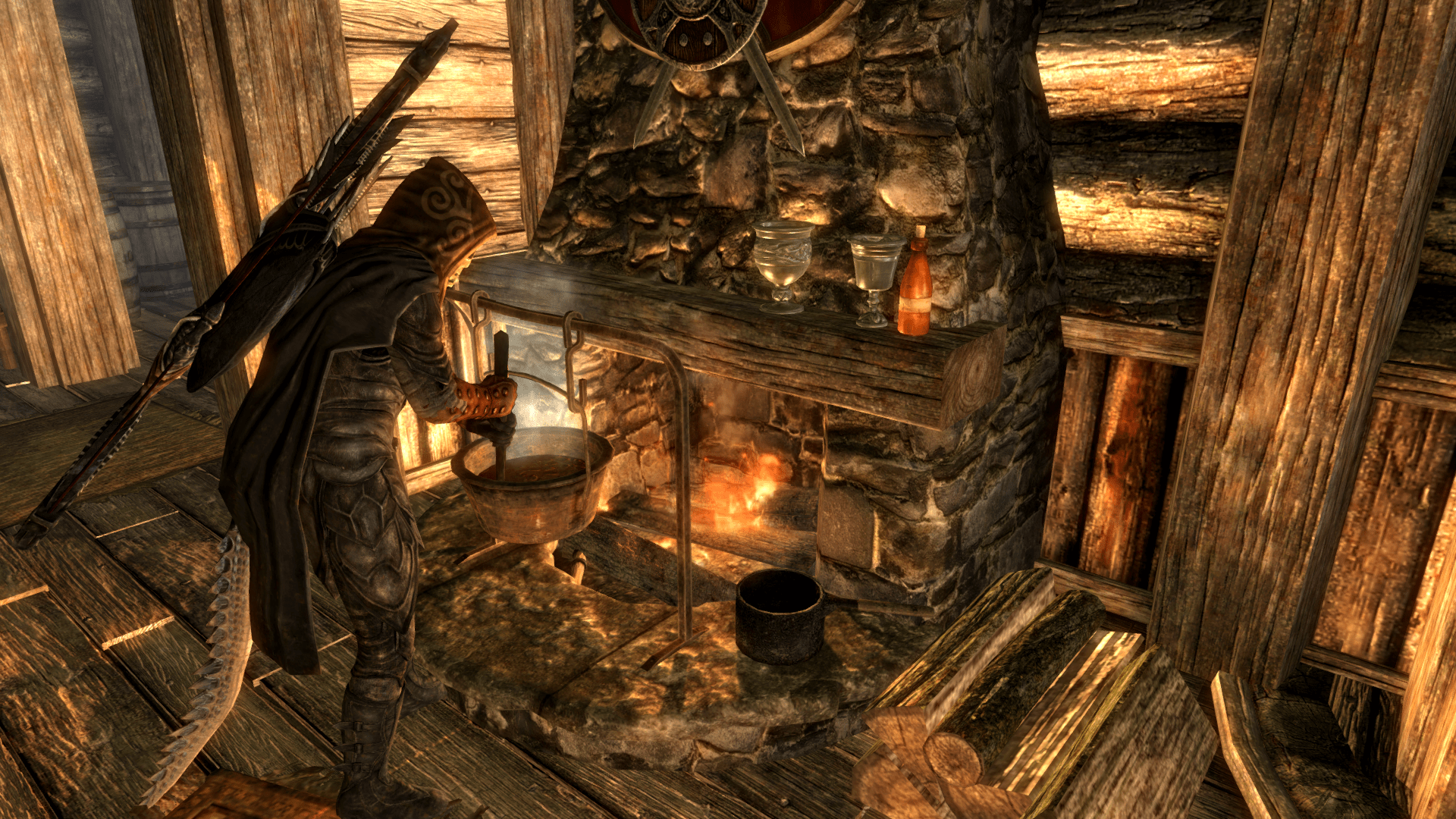 Sometimes, it’s the subtleties that really make a game special. Maybe its a design choice, some kind of referential easter egg, or in this case, a mechanic that is completely pointless. To quote my friend and former colleague Ric Cowley, it’s these ‘Joy Mechanics’ that can define the tone of a game, add a new level of immersion, or spark happiness in a way that something more obvious cannot. It’s a particular action, interaction or quirk that contributes nothing to the gameplay, but gives its overall design an unobtrusive spark.

Walking around with coffee in Animal Crossing

Now, Animal Crossing, the joyous bastard, has several strong contenders for the perfect useless mechanic. The ability to sit down almost anywhere, including plinking yourself down on the floor, is phenomenal. The countless reactions to express feelings to your villagers and other players? Also fantastic. But the interaction I’d like to mention came with the recent addition of Brewster’s cafe, a long time staple of the Animal Crossing series.

Brewster is a pigeon that, for the small price of 200 bells, will serve you a freshly brewed coffee whenever you need one. The curmudgeonous coo-er (hmm) has been doing this since his first appearance in Wild World, and I’m so glad to have him back.

Now, in previous instalments, buying the coffee and enjoying it was joyous in itself. However, in New Horizons, your villager can purchase a coffee to go, and then run around the island doing tasks and chatting to folks while sipping it, which is a bloody lovely and very pointless addition. The coffee also gives you three stamina points which can be used to dig up tree stumps or smash rocks, but you could just get that buff from downing the coffee in the café like the old games. The ability to be able to meander across your island, watering flowers, sneering at the ugly rhino, looking at the stars – that’s a mechanic nobody needs, but everyone deserves.

Okay, this one isn’t completely useless. A small handful of the cooked meals in Skyrim do have some benefits, but for the most part, it’s just something pointless to do. During the early game, knocking up a few soups or chomping down cheese wheels is pretty good for some panic-healing, but as you level up, it becomes pretty unreasonable.

All that leaves is the simple joy of going out to source ingredients, whether that be creeping through some poor sod’s cabbages or stalking down a deer to snipe, and stopping by taverns and houses to cook up a storm for the sheer sake of it.

Now, Skyrim’s anniversary release does feature a survival mode, which turns cooking and eating food into an actual necessity. That also gives whipping up a stew some gravity, but whatever, I write what I want.

For those uninitiated in the adventures of everyone’s favourite amethyst arsonist, Sparx is Spyro’s aggro dragonfly mate that will often come in clutch. His presence lets Spyro take three enemy hits before a fatal blow (the hit counter marked by his changing colours) as well as helping to gather up rogue gems dotted around levels so you don’t have to meticulously walk over every single one.

If you leave the game unpaused and Spyro becomes idle, Sparx will fly straight into the camera and stare at you. Absolutely eyeball you up, as though he’s about to burst out of the TV and buzz into your personal space for not interacting with the game. Doesn’t mean anything, I just love how it conveys a part of a companion’s personality. In an era of buddy duo platformers – Banjo and Kazooie, Mario and Luigi, Donkey and Diddy – Sparx and Spyro felt like they could have had more going on, so a tiny quirk like that to personify what is essentially a hovering health bar went a long way.

As Charles Bukowski may have once said: “I was gifted, I am gifted. Sometimes I looked at my hands and realised I could have been a great pianist or something. But what have my hands done? Played Theme Park World for the PS1. I have wasted my hands, and my mind.”

The human mind can’t actually comprehend the number of hours I wasted in Theme Park World crafting intricate fun times for my tiny pixelated people. For the most part, they all had a great time, tanning my overpriced burgers and shakes and rounding the day off on one of my very creative and potentially fatal roller coasters that health and safety kindly turned a blind eye to. But what could be better than watching those tiny little people screaming as they barrel down a steep neon track to their potential deaths? That’s right? BEING THEM.

Theme Park World includes a first-person mode that lets you switch from Zeus-zooting through the skies of your park to seeing it on the ground through the eyes of your guests. It was completely pointless, but a nice addition, and one that has carried through to other games of its ilk, including more recent entries into the park-crafting genre such as Planet Coaster and Parkitect. But Theme Park World is the OG, Bukowski said so.

Luigi is a braver man than I am. Wouldn’t be caught dead skulking around a giant haunted mansion with a small torch and a vacuum. But if there’s one thing that conveys Luigi’s resilience, his commitment to finding and rescuing his friends from the ethereal clutches of King Boo, it’s a completely useless button that lets him cry out “Marioooo?” at random intervals.

In the original GameCube title, pressing A when far enough to not interact with anything would cause the green boy to call his brother’s name in various terrified tones. Did it do anything? Not really. Was it very cool? Absolutely.

There will inevitably be a ton of great bits that I forgot to include when writing this, so get involved, come and tell me what you favourite useless game mechanics are!