Lucas Pope talks Return of the Obra Dinn, and his scrapped plan for a sequel

Chatting to me earlier this year, the elusive developer recounted the stress he went through to get the game made, a project that by his admission he planned to work on “for six months”.

“I told myself I would retire after I made that game,” Pope reveals, acknowledging the severe burnout that the project caused him.

“It kinda took me a while to get back into the mindset that I wanted to make something again,” he told me recounting the difficulty he felt completing his one-bit mystery classic.

Pope also revealed that he has his own disappointments with the game – such as the lack of fast travel – however, the acclaim the game has received has helped him come to terms with these frustrations:

“… the things I would want to go back and change would probably eat me alive if other people didn’t say they liked the game, it does have its problems, but the reception definitely helps me put the work that I put into it in context of definitely feeling like it was worth it, and I’m happy with the game now,” he said.

Pope also mused on his time at Naughty Dog working on Uncharted, saying that the biggest lesson he learned there was “shipping is the most important thing.”

“You need to get a handle on what you want to focus on and cut away things that affect that focus, or don’t contribute to that focus in the right kind of way.”

Pope went on to tell me that he had an idea for a potential sequel to the game, and had originally planned a follow-up, before abandoning the idea after the stress of developing the first game.

“This is gonna be a six month project, and I’m gonna make another one right afterwards, I was very wrong about that, but I did have ideas for more stories in this same mold”.

For more on Pope’ thoughts on Return of the Obra Dinn, as well as details on his new game, the mysterious Mars After Midnight, check out the interview.

To check out our video essay about the development of Return of the Obra Dinn, and the experience of playing it for the first time, you can do so here.

Overlode is made possible by support via Patreon.

If you’d prefer to listen to it in a podcast form, you can do so here: 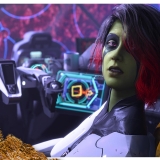 Hooked on a feeling This review was published as part of O ... 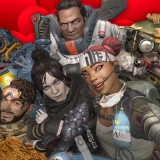 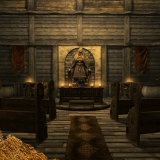 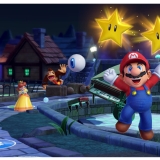 Losing was never Party the plan ...