10 years after release, nothing ages better than the facility itself. 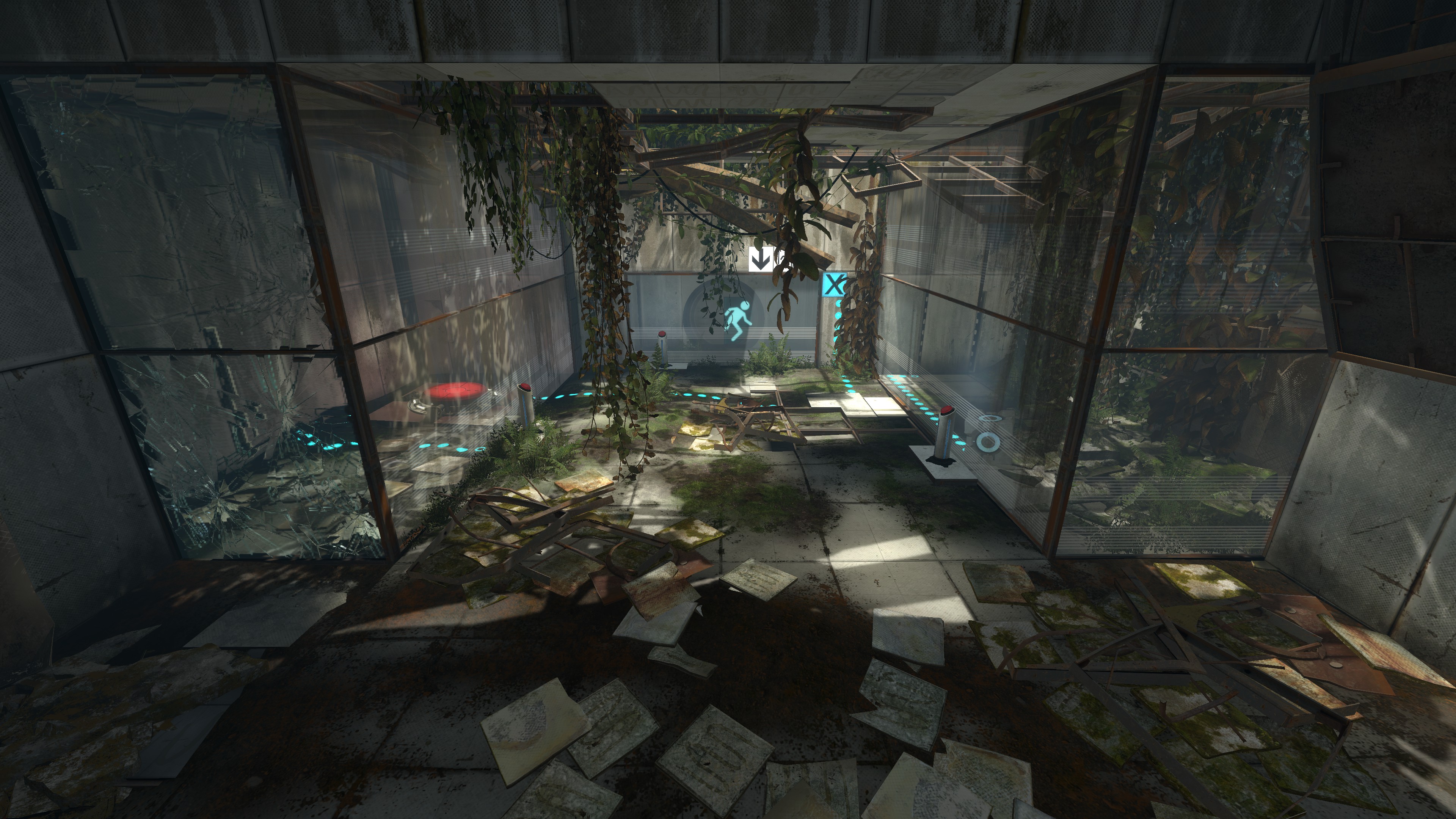 It’s been a decade since Portal 2 released on PC, Xbox 360 and, through Gabe Newell’s gritted teeth, the PlayStation 3. Portal was a surprise slam dunk following the success of Half Life 2, but while the first is ranked with some of the greatest games ever made, Portal 2 will always be the stronger follow-up for me. Not just for its satisfying mechanics or witty writing, but how it harnessed its setting and environments to tell a wider story.

Every good narrative has its themes underlying throughout, and Portal 2 focuses on façade: the crumbling masks that not only the characters wear, but the facility wears too. Starting out in a motel room doing some calibrations, a huge skip in time reveals the cracked walls and huge conveyor belts of identical fake motel rooms held miles above smoky industrial piping. It’s a clever setup for the change from Portal 1’s immaculate world, but also challenges the player not to trust the trickery that might form around them. 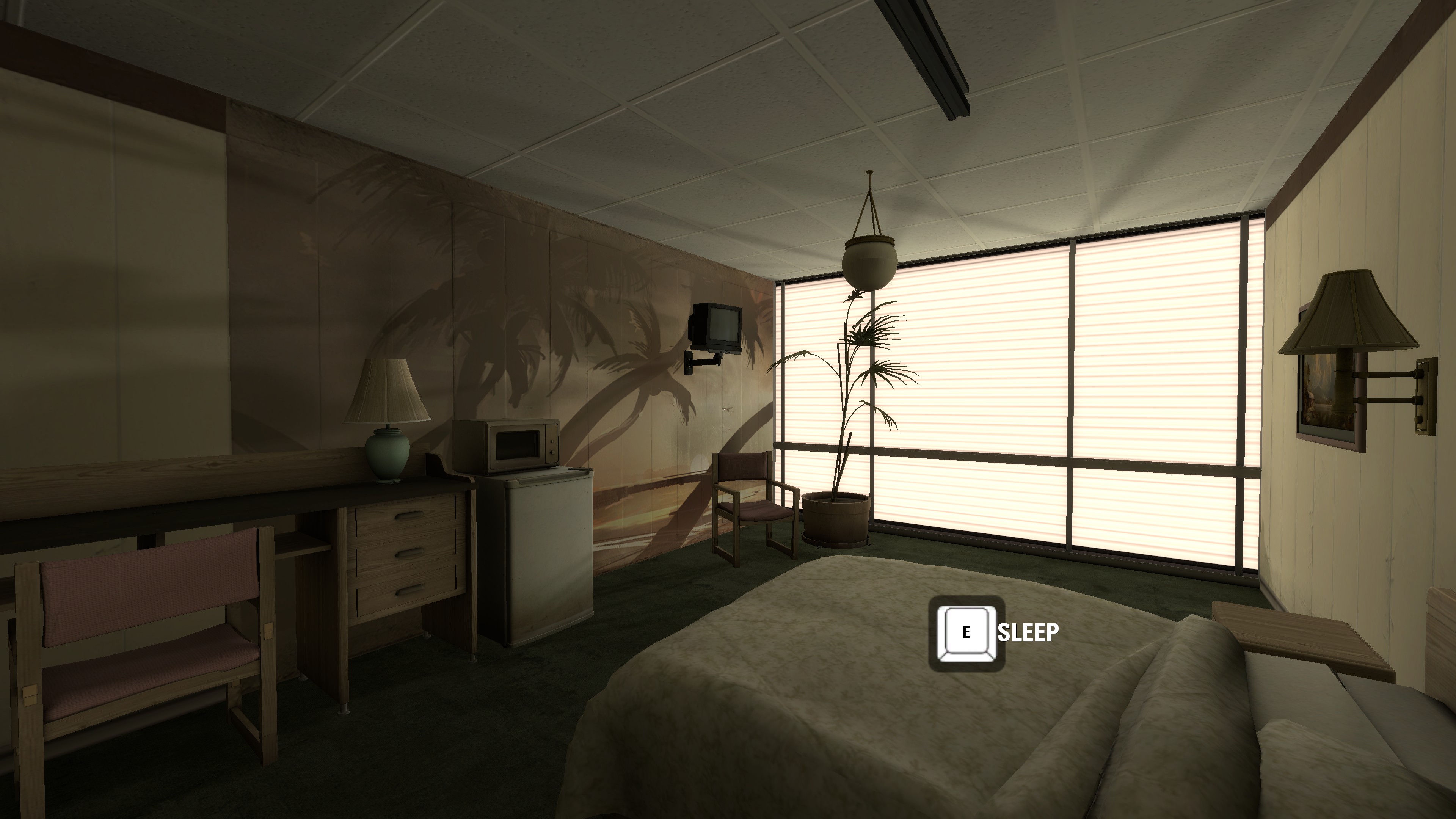 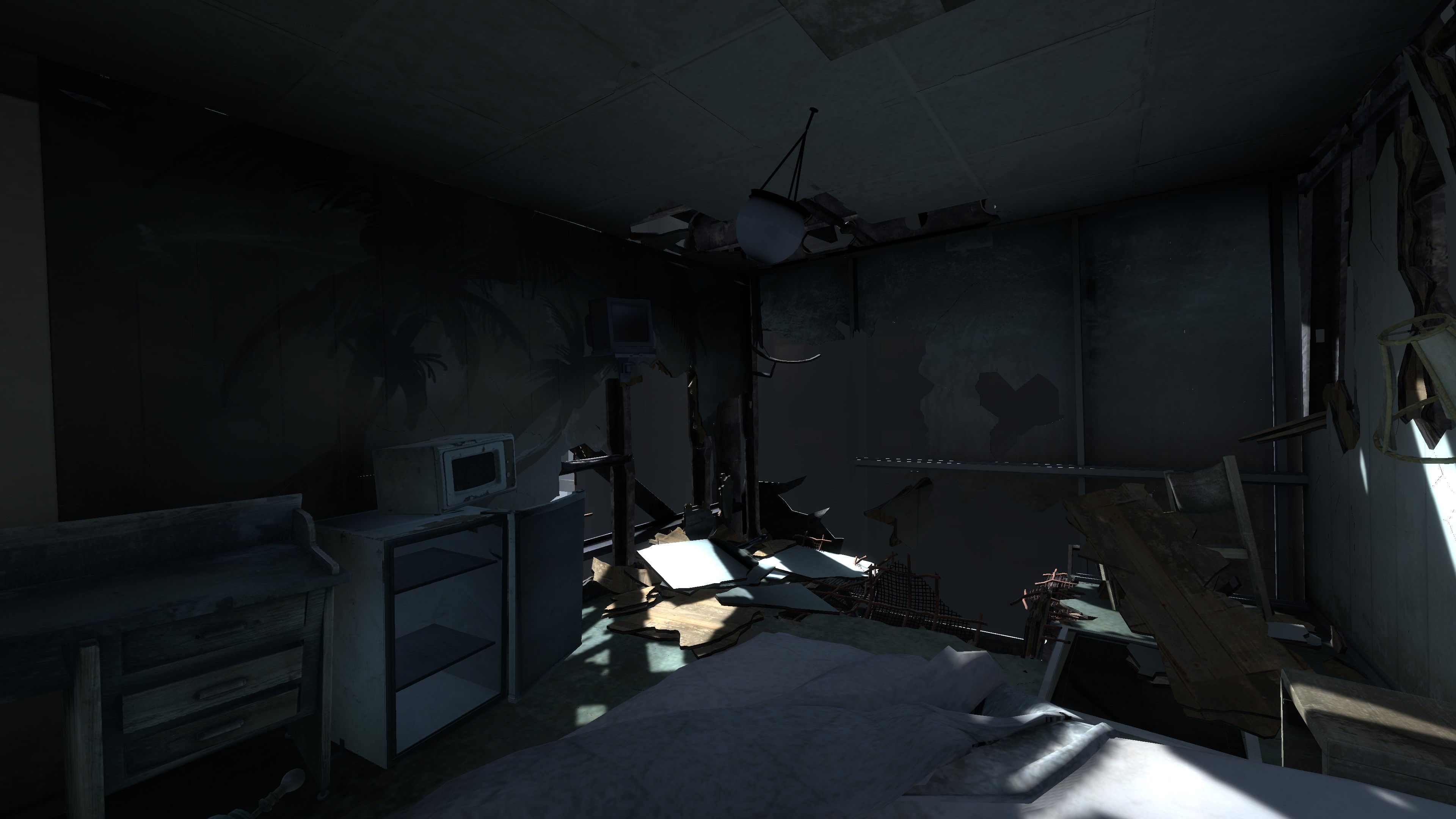 This continues into the sad-looking testing chambers, originally gleaming white but now malfunctioning debris, germinating with natural foliage that grows like a disease. Without your portal gun you’re forced to explore the overgrown environments slowly, soaking in what can only be described as a huge mechanical corpse you were ultimately responsible for killing. But everything quickly changes with GLaDOS. 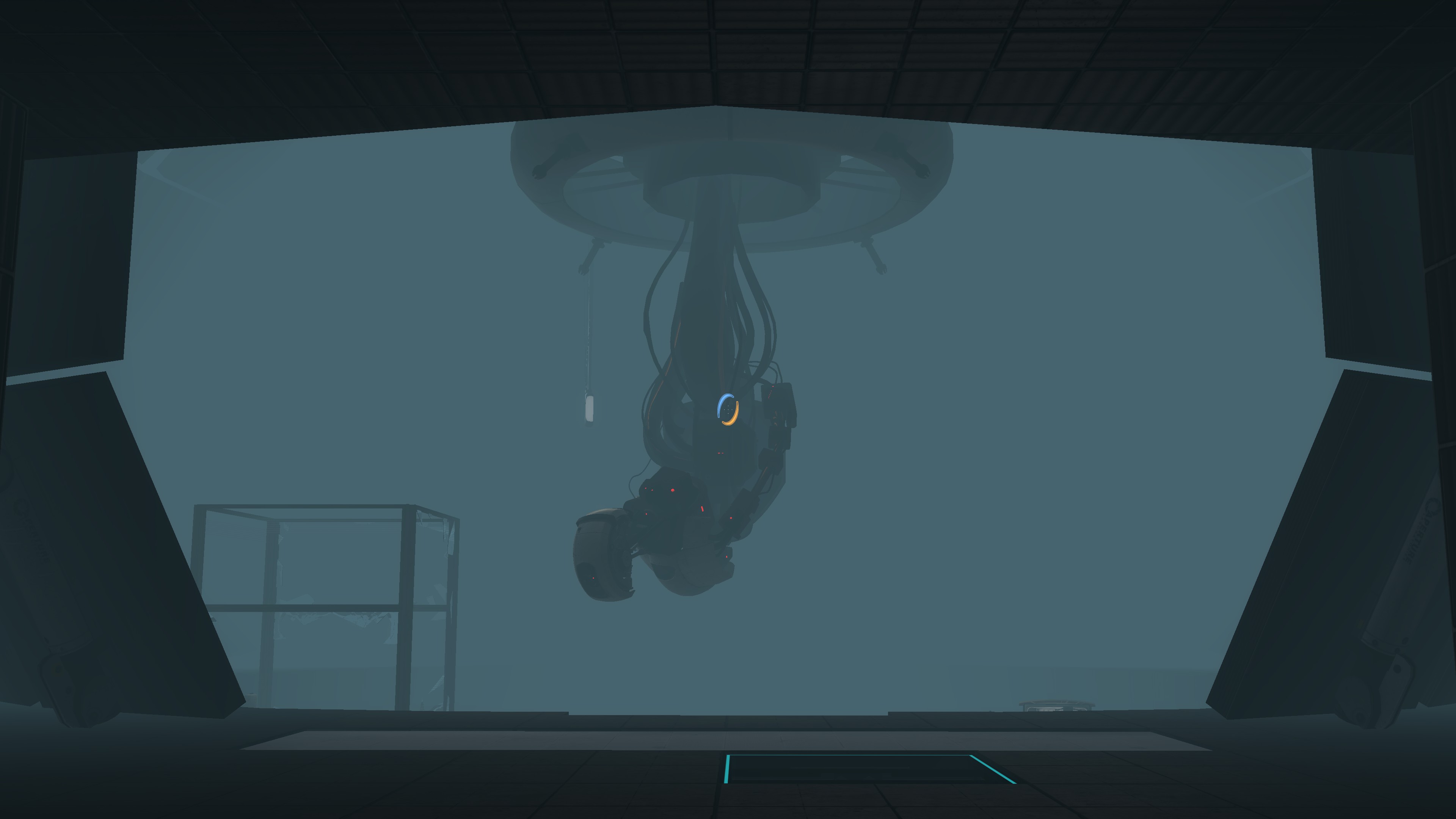 With her re-activated through your robot core friend’s stupidity, these lifeless rooms suddenly wake up. As the game shows GLaDOS shifting the broken robotics out your path and rebuilding, you quickly realise that she isn’t just a sharp-tongued hanging bot giving orders, but something living around you. You were standing on GLaDOS, walking through GLaDOS, battling against the literal infrastructure of an entire facility. It wasn’t just the portal puzzles and platforming standing in your way anymore – it created an enemy out of walls, out of floors, out of everything you could see. And it was angry.

GLaDOS’s power was not completely omniscient though, as you discover. While the last third of Portal involves puzzling your way outside the chamber walls, Portal 2 expands that experience into what I believe is the beating heart of the game. It gradually allows the player to edge outside the marked hallways, finding secret rooms covered in haunting graffiti, until eventually hosting a large chunk of the game completely away from testing chambers. This drop into the unknown gives you a feeling of control that’s often taken away, and finding distant white patches to portal to gives this exhilarating feeling of not only figuring something out but doing it in a daring way that doesn’t feel planned. 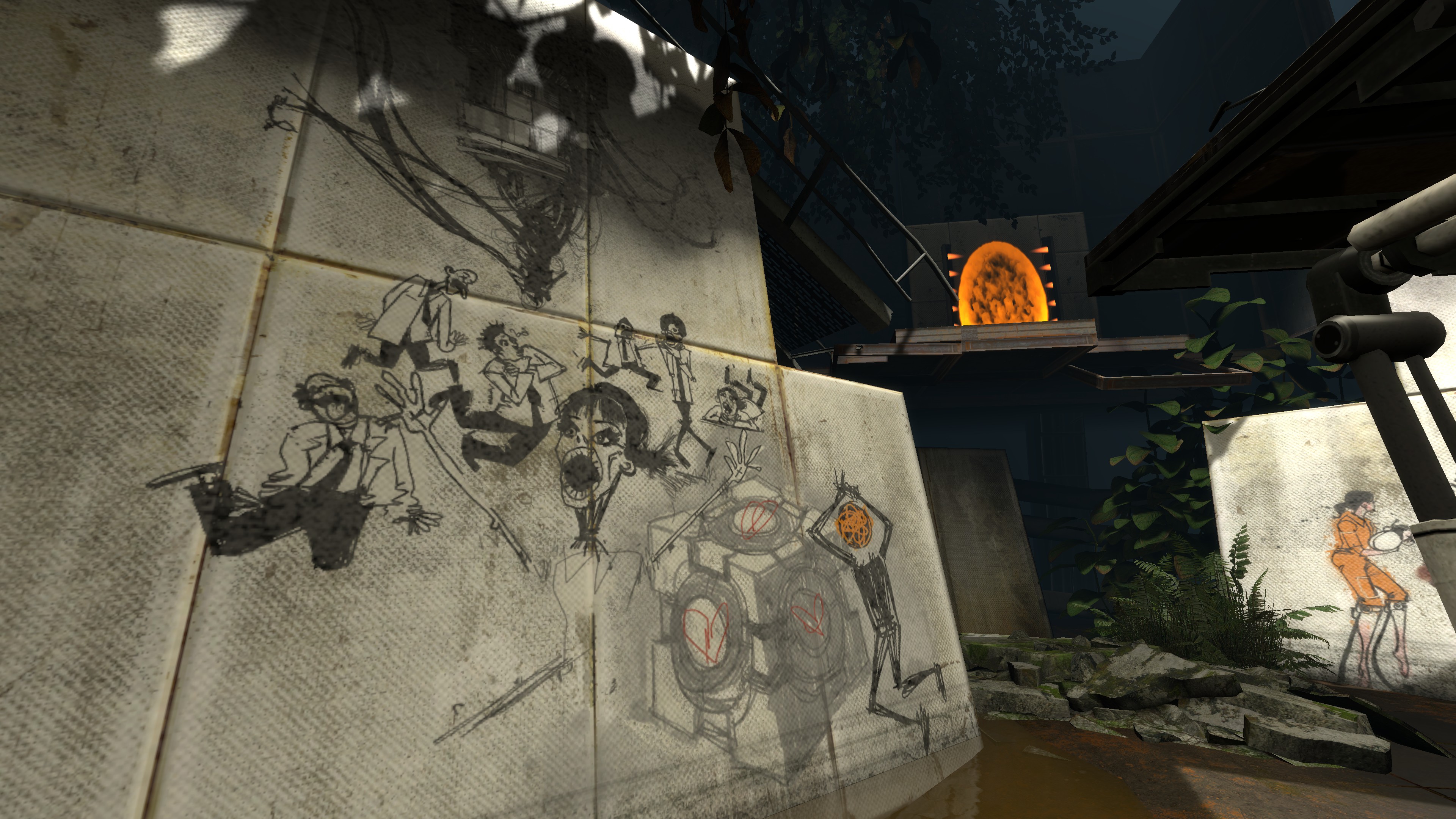 The endless smoky pits, the criss-crossing pipes with cubes and turrets going nowhere, the dark and empty offices also pair with the overbearing silence of Portal 2. While it hosts a terrific soundtrack, Portal 2 barely uses it, keeping the player immersed in the atmosphere of short-circuiting walls and clanging pipes. Sound design isn’t just a layer on top of layers after all, but something that compliments environmental art and makes players feel more involved with the geography of the space. It made me notice the huge piping below me, the water droplets above me, and the sad turret trying to make a friend.

Dropping deeper into the unknown, ‘The Fall’ is a chapter dedicated to an old era of Aperture Science from the 1950s. A small, dead end room held a collection of old typewriters and filing cabinets, and I noticed it didn’t feel or look that different from the offices I found higher up despite the decades of difference. Audio logs featuring J.K. Simmons does a lot of storytelling here, but visual environments like that small office linked the old-fashioned chambers I played in with how it came to be. Not only as a rebranded facility with different testing procedures, but how GLaDOS repeats this 1950s system, an operating system trapped in a forgotten time’s loop. 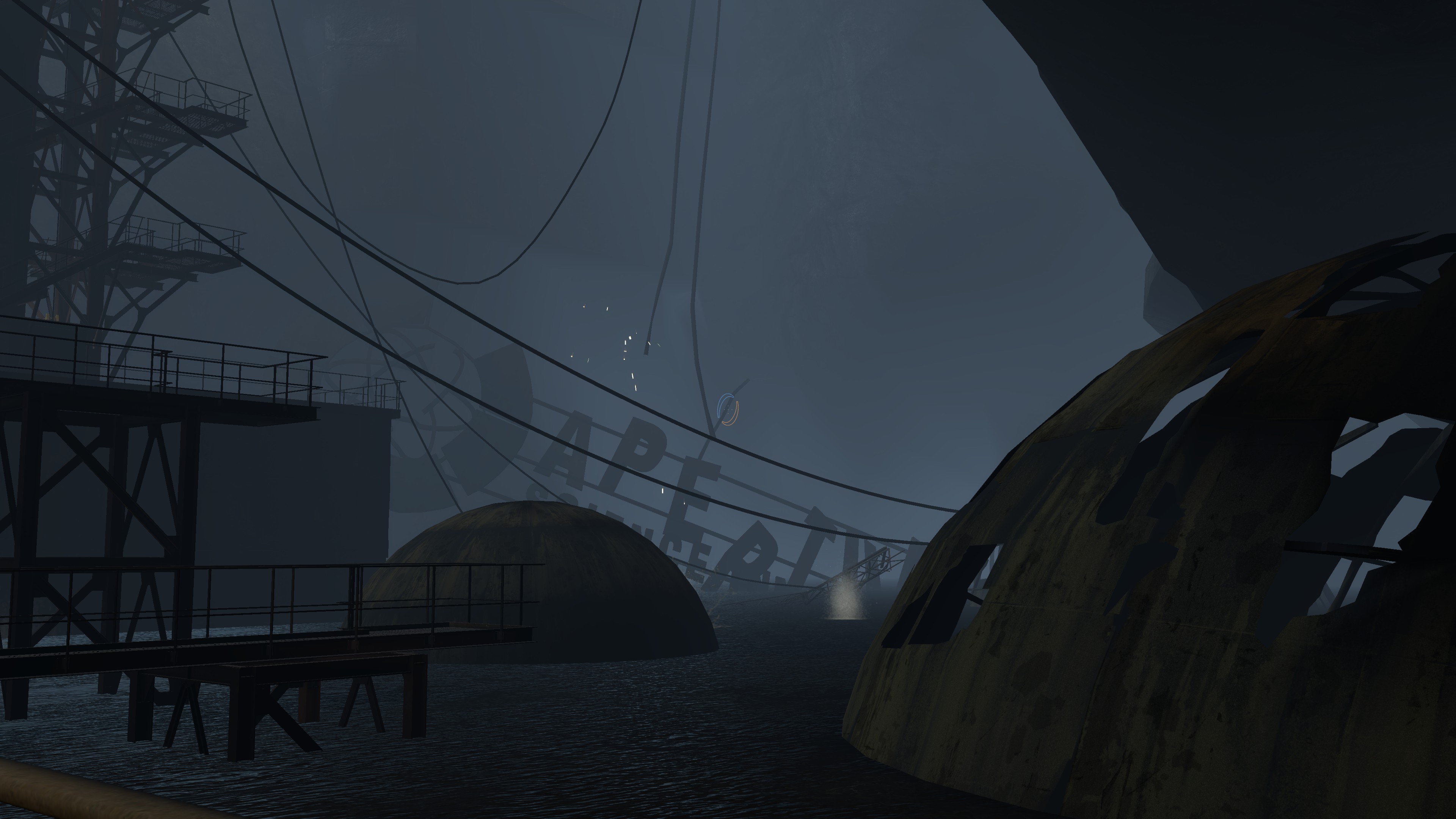 Eventually it reintroduces the standard testing chambers but under the control of Stephen Merchant’s Wheatley, a custom-designed moron corrupt with power. Now, the chambers themselves are no longer textbook puzzle procedures but a mess of broken walls and glitchy platforms as Wheatley tries to wing making tests unsuccessfully. Now you realise that the chambers you started in had their own personality paired with GLaDOS, as they now feel genuinely stupid, and confused as to why. Just as the walls and floors had a controlled bitterness behind them with GLaDOS they now seem unruly, as if you could get crushed by accident at any moment.

It’s in these sequences that you understand GLaDOS more deeply, and hate Wheatley more. Wheatley was a friendly helping hand putting forward a façade of a nice guy that knows what he’s doing, but the opportunity of power allows this mask to slip, revealing an abusive and selfish personality. GLaDOS posits an uncaring, psychotic nature but as you explore the broken down walls of what you realise to be her inner mind and body, the facility paints a different picture.

This is what makes Portal 2 so special. On top of the impeccably designed puzzle platforming, it relies not only on its sharp and hilarious dialogue but on the player to think about the spaces around them. Not just so they can get through the next locked door, but to understand why they’re here in the first place, and why a crazed AI wants it to happen. While Chell spends most of her silent time portaling around looking for escape, Portal 2’s broken facades invite the player to wonder what might be under the synthetic, haunted mask of their captor.