Say Halo to my little friend 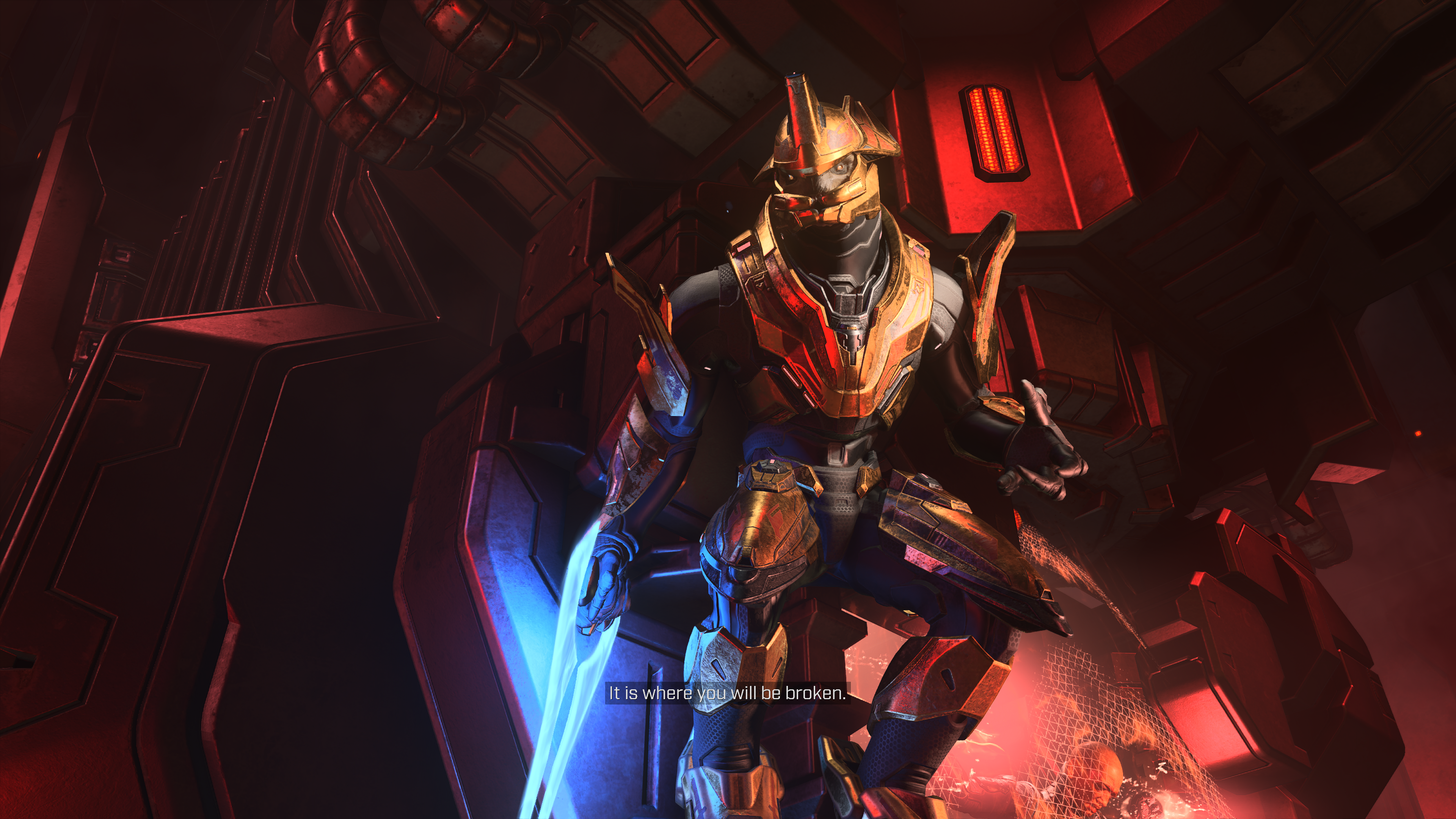 This review as written over the course of several weeks. We’re leaving both parts up so that you can get a sense of Jordan’s feelings on the game as the weeks progressed.

It’s almost astonishing that the Halo Infinite’s campaign is as good as it is. When you think about what kind of state the Halo franchise was in after the Xbox One, it’s almost inconceivable that 343 Industries would be able to right this ship, especially considering they’re the ones who crashed it into the rocks with Halo 4 and Halo 5: Guardians.

But in taking the core loop of Halo, adding a grappling hook that now feels as essential to Master Chief as his green suit does, and expanding the world to a larger, if not quite infinite playground, they’ve made the best Halo game since Halo 3: ODST, at least so far.

Halo Infinite opens with a level that feels like it’s a specific tribute to classic Halo. You’re running through copy-paste corridors on and a crashing ship, there are grunts cutting about like they’ve had an E, and there’s classic Halo weaponry, a needler here, a mauler there, for the Chief to pick up. We’re introduced to an excruciatingly boring villain, in the grand Halo tradition, and we’re told that once again Chief is having issues with his waifu-firmware. 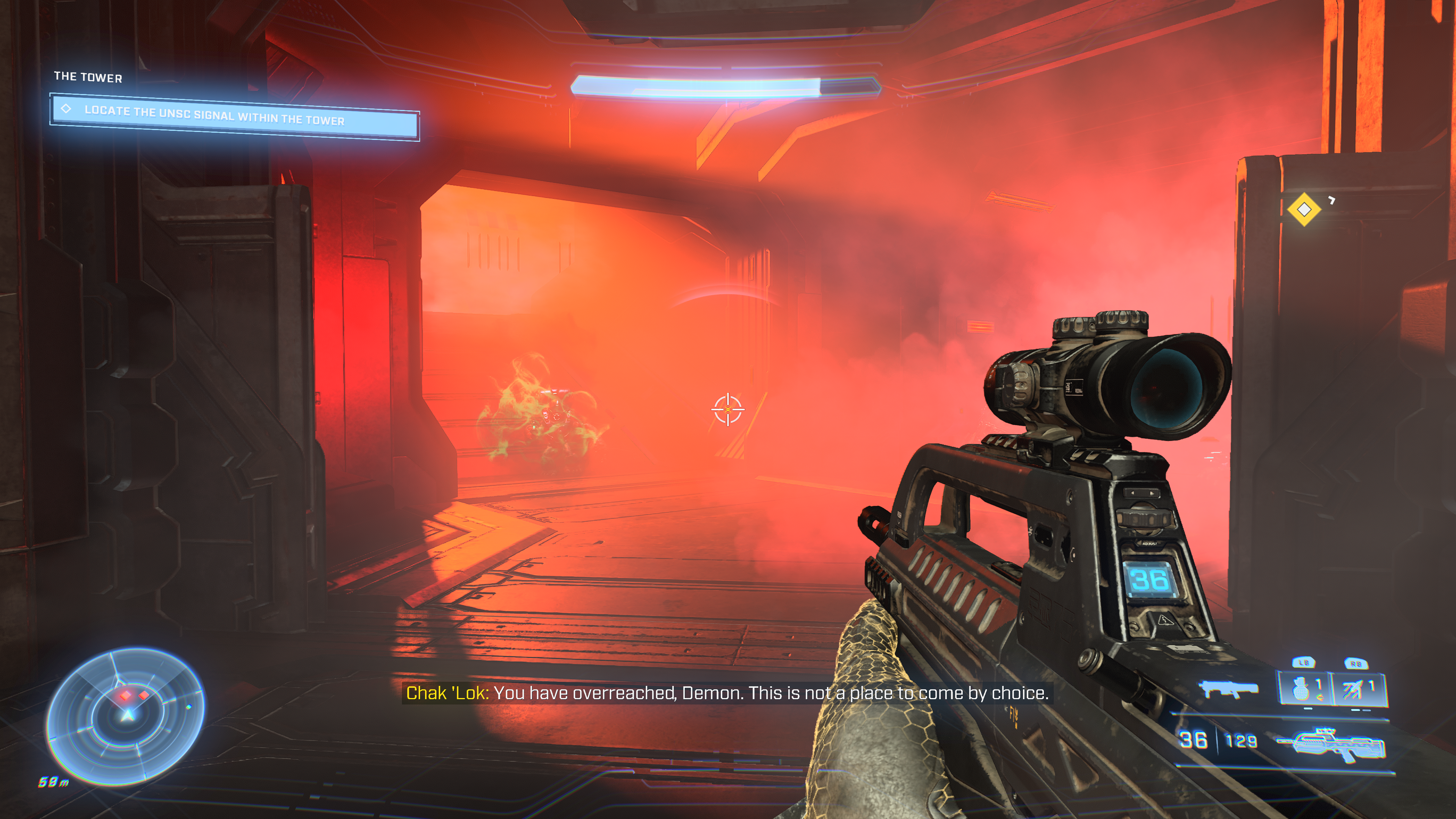 It’s worth pointing out that while I adore the Bungie Halo games (Halo 3 ranks alongside my favourite games), I’ve always found the story to vacillate between incomprehensible and turgidly boring. It’s like when you’d turn on Sky One in the afternoon after you’ve been off school ill and episode 8 of the 10th season of Deep Space Nine is on and it may as well be in Spanish for all the sense it makes.

However, I did always enjoy the relationship between Cortana and the Chief. Since she went all trojan virus during the last two Halo games, I expected her to be a footnote, but considering Infinite’s role as what is essentially Halo: Combat Evolved 2, there was no way Cortana or a Cortana-like could be absent, and that’s a thread I’m looking forward to developing.

Not long after, you find yourself on Zeta Halo, a Halo ring which is full of the Banished, the new big bad that Chief will be fighting, that looks suspiciously like the covenant for brand recognition/story reasons. 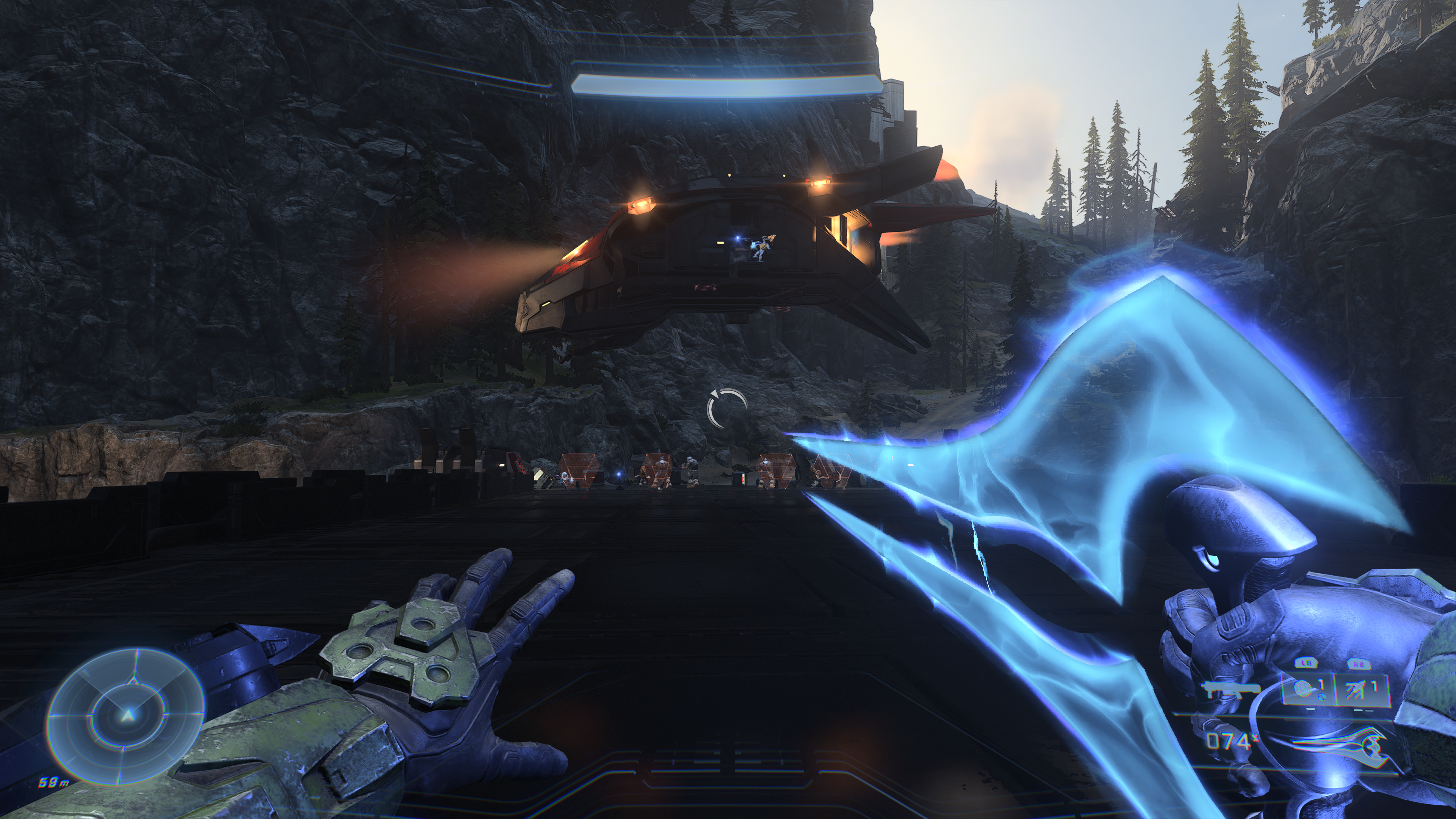 Halo Infinite is almost an open-world game. It’s more of an open neighbourhood game. While there are mountains that I assume I will be able to travel to, the game does fairly well at keeping you grounded in only a small area to kick things off. It wouldn’t be an open-world game if there weren’t bases to liberate, and while it is novel doing this using the excellent combat, I was really disappointed by how quickly I found copy & paste jobs between buildings.

The map also has several bounties that Chief can take on, each of which wields a unique variant of a weapon that Chief can add to his collection. These battles are fun, and actually pretty hard. They serve as a nice change of pace from the 1 vs 100 fights that usually follow knocking down the door of an enemy camp.

The highlight of the game so far, without any shadow of a doubt is the grappling hook. This thing isn’t only useless for getting around, it’s the lynchpin of your entire combat strategy. It feels as key to the gameplay as Master Chief’s assault rifle, and it makes me wonder if I’ll ever be able to play a Halo campaign without it again. You can use it to pull yourself towards enemies, you can use it to swing around the battlefield, and you can even use it to pull weapons towards you. So you’re essentially Scorpion, Spider-Man and a Jedi all at once with this thing.

I am loving Halo Infinite so far, even if I’ve found the story to be mostly nonsense. The gameplay feels incredible, it looks really nice at 120FPS, and the world is genuinely fun to explore, without feeling like I’m going to need to make completing every mission my full-time job. I’m interested to see how the later story sequences go, but if they can keep this free-form grapple hook jazz at their core, I’m extremely excited. 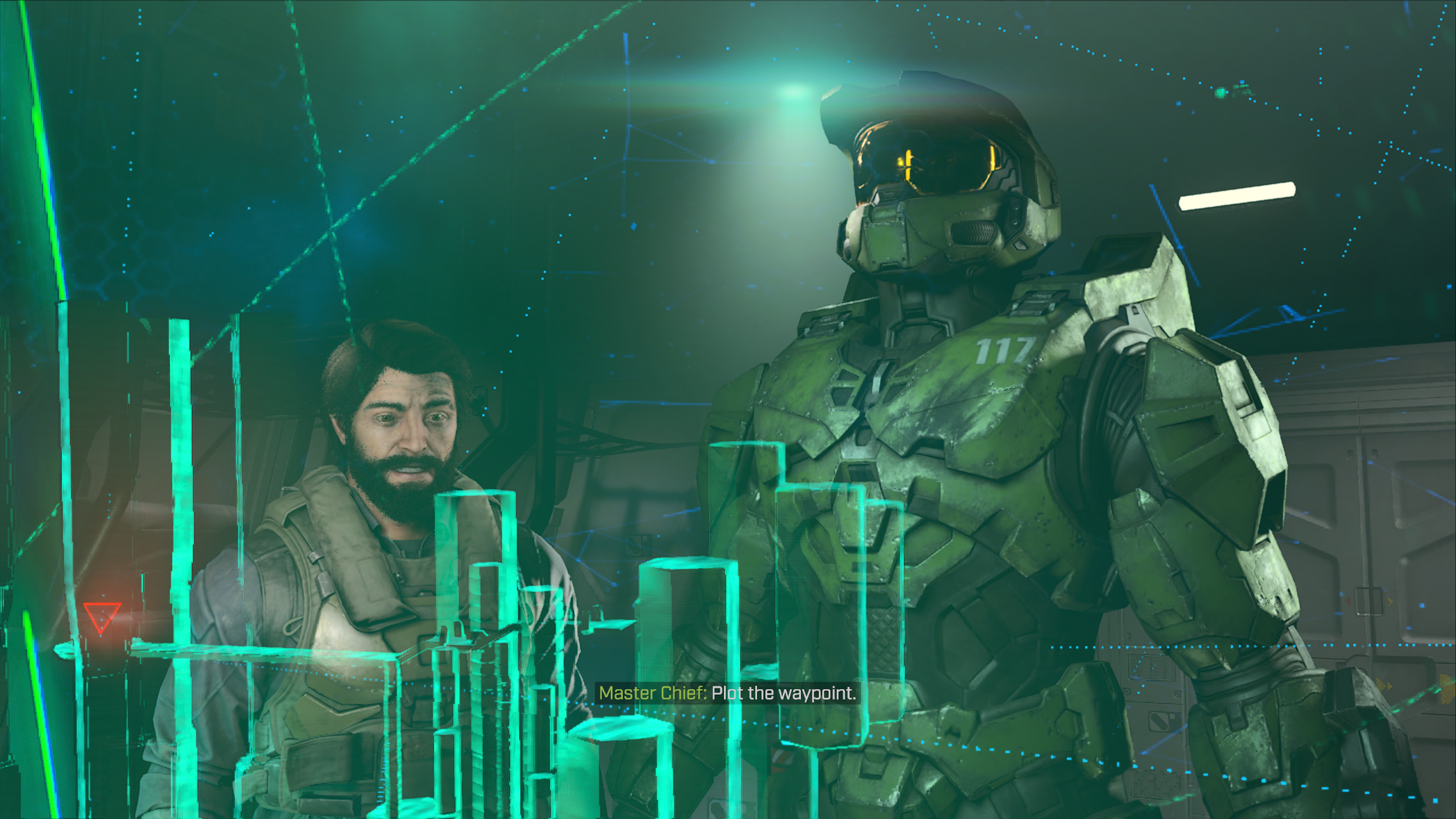 Well, this is a bit weird. When I last left off my Halo Infinite review, I couldn’t say a bad word about it. Beyond the really dull, plodding writing, I was having an amazing time. And I think this is largely down to the fact that the open-world, but not open-world areas lend really well to just a few hours of play.

Now, having finished the campaign missions, most of which felt like a slog, despite their ability to evoke classic Halo in a few nice ways, the whole campaign feels incredibly imbalanced. I wanted 10 more hours of the first 3 hours of Halo Infinite.

What ended up happening was that more of the map would reveal itself, showing the game to be far more repetitive and shallow than I had hoped. The combat remains great, although the fact that there are essentially no new weapons in later areas beyond the assassination missions is a drag. 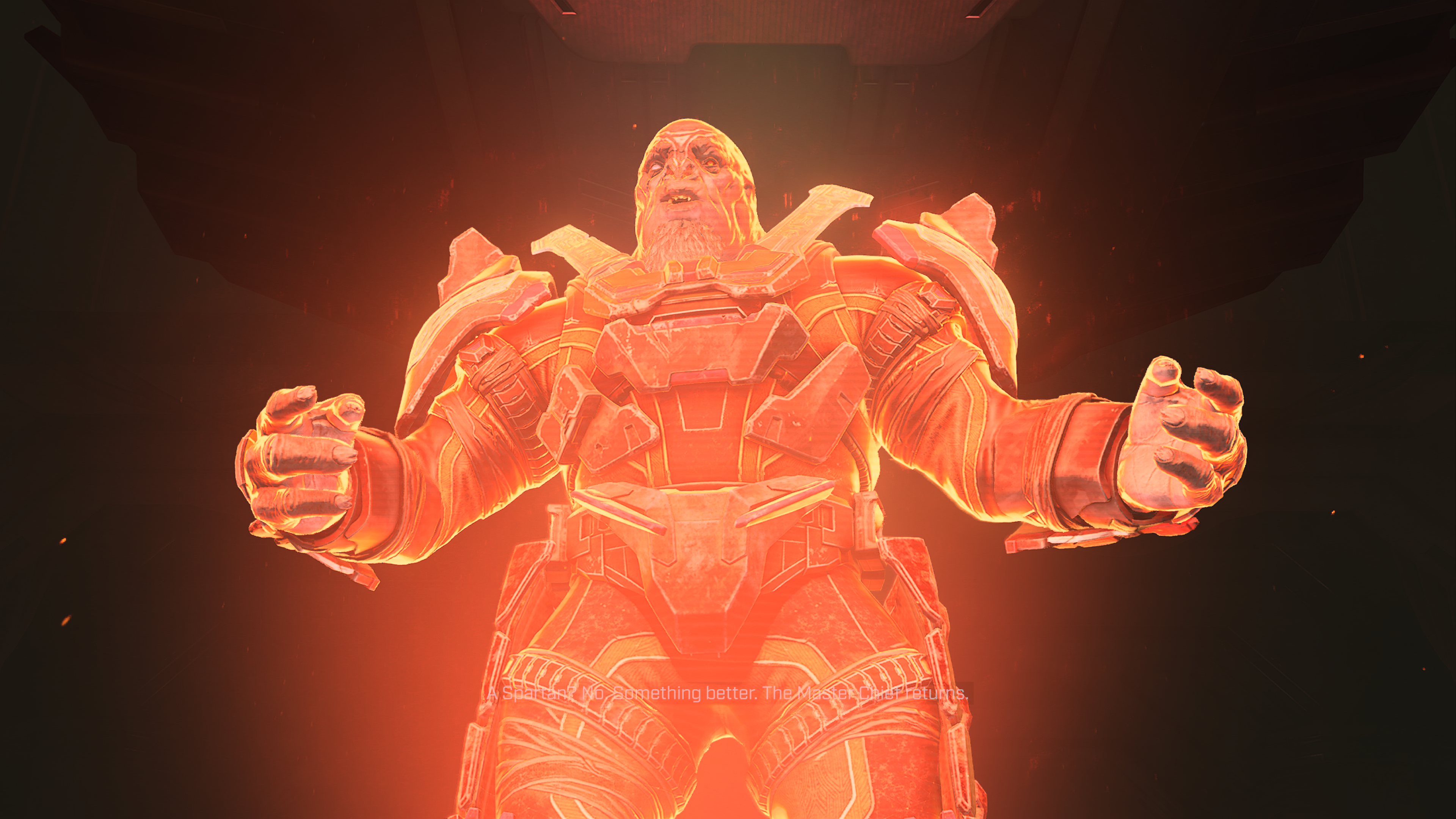 But the things you are doing are all the same. It feels copy and paste in a way that modern open-world games can’t really get away with. You’d think with a relatively small space to play with, it wouldn’t outstay its welcome, but, as you’re charging towards the back half of the game, it’s impossible to feel anything else other than disappointment.

I don’t think it’s bad. I just think the start is so good that my expectations were set at a really high by how much I enjoyed the start. There are a few reasons I think it falls apart, and I think the way that the main missions are set up is pretty indicative of the problem.

In several missions, you need to collect a battery, and then place it in a port in order to charge up a door, or something similar. This would be fine if a bit dated if you only had to do it once. What if I told you that you literally have to do it about 10 times in one mission.

And that’s pretty much the problem. The first time you do something, it’s pretty good, but as you keep doing it it just gets to the point where your face is tripping you, and you’re dying to get out of it. Thankfully there aren’t many campaign missions, because they’re the worst part of the game by a mile. 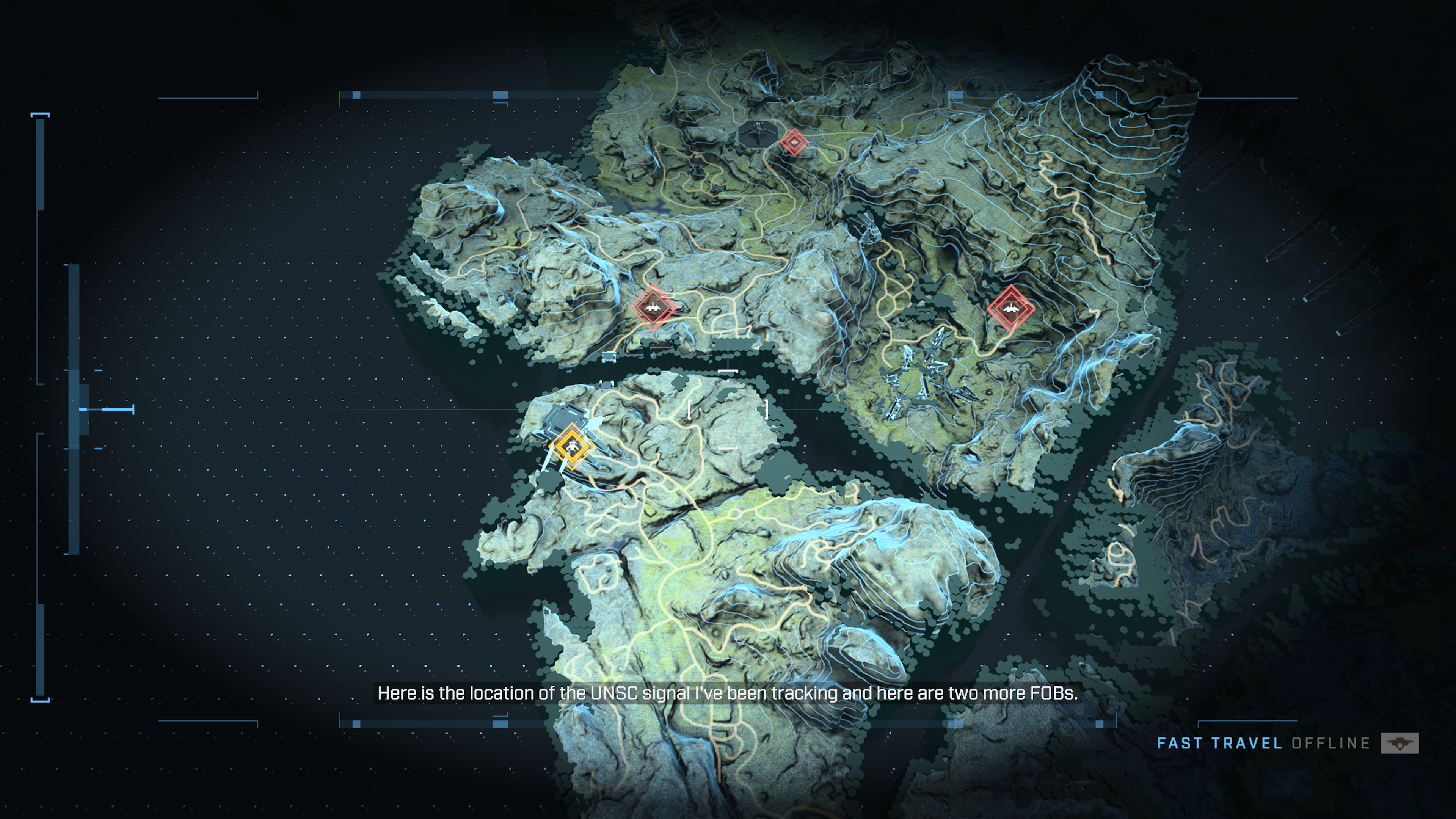 The multiplayer suite is incredible. There’s basically nothing wrong with it from a sheer, mechanical perspective. It feels unbelievably smooth to play, it’s genuinely tense when games come down to the last few points, and the combination of the new equipment from the campaign and the classic Halo weapons make it the best Halo multiplayer since 3.

There are obvious problems, like the permanently changing progression system that has gone from extremely tedious to decent, but still dated *is* an issue, and it’s actually put me off playing it as much, but that stuff will be fixed.

It’s almost astonishing how little of the gameplay needs to be changed from day one. In a year during which other multiplayer games have launched requiring 300 patch notes, it’s refreshing to play something that felt so tight right from the jump.

Halo Infinite is a good, often great game, however, the campaign shows off its best tricks far too quickly, and playing it further will only lessen the impact of its opening hours. The multiplayer suite is incredible and considering it’s free to play, it’s impossible to advise against at least trying it. I wish I loved Halo Infinite more, and I expected to, but it feels like it’ll take 343 another game to actually work out what it wants to do with its open levels, beyond just having them.