When you love your job, you’ll never work a day in your life 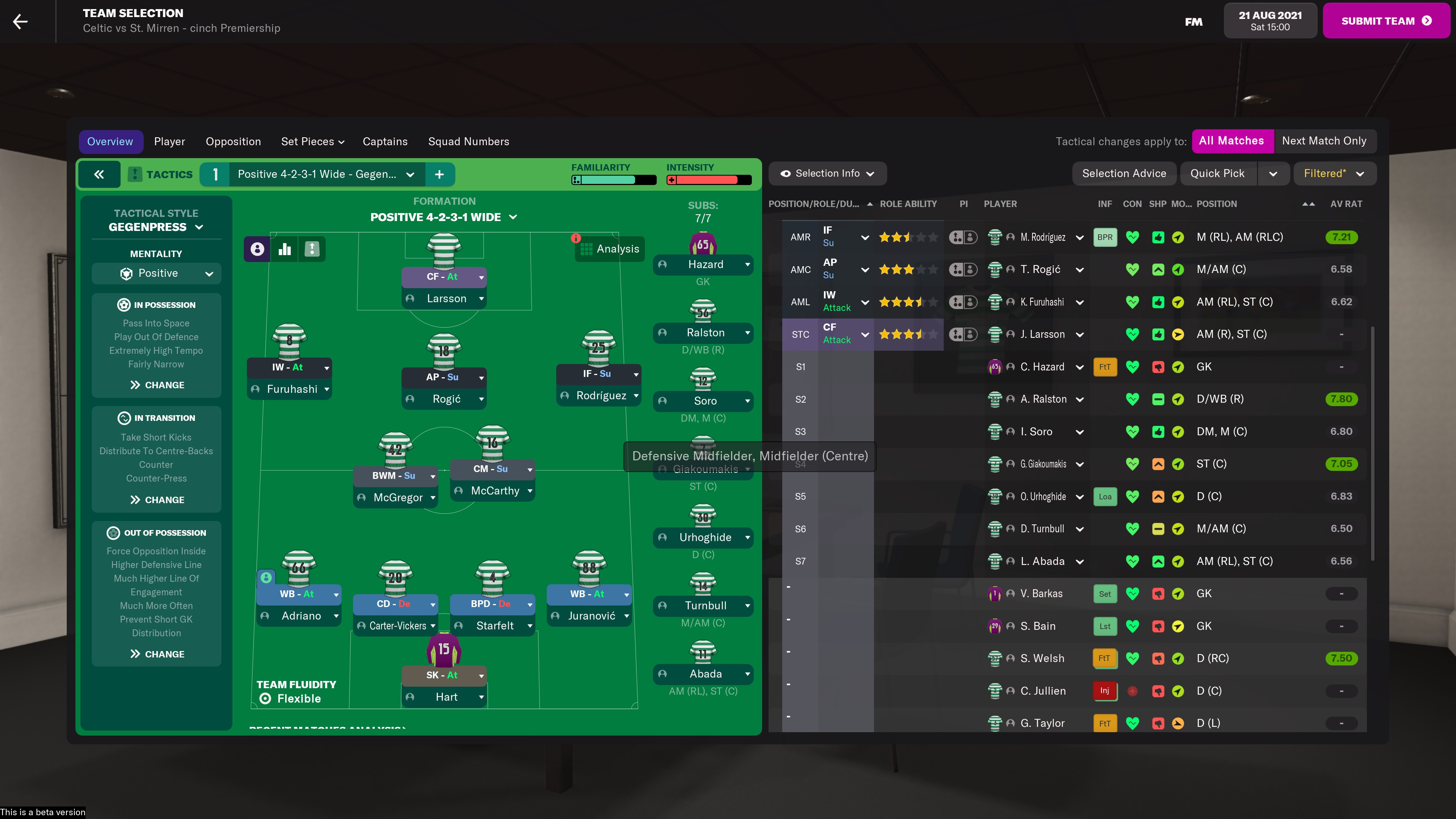 I am frightened by the amount of time I’ve lost playing Football Manager over the years. Like Civ 5 or Age of Empires 2, it’s a game that just leeches your time until it’s suddenly 4 in the morning. You know in the modern Fallout games you can choose to wait a certain number of hours, turning night to day, or vice-versa, well Football Manager is like a real version of that. The time evaporates. I’ll sit down with 6 hours worth of podcasts ready to listen to while I play, and before I’ve even finished negotiating contract details with a Brazillian wonderkid, they’ve suddenly all finished.

Football Manager 2022 is the latest iteration in the football-themed spreadsheet simulator that allows you to take control of thousands of teams around the world, and lead them to glory. While the formula doesn’t change much year to year, the most recent run of Football Manager games has been stellar, with each of them iterating and refining the process to the point where it’s hard to see the games getting much better than they are now, save for a sorely needed graphical overhaul. 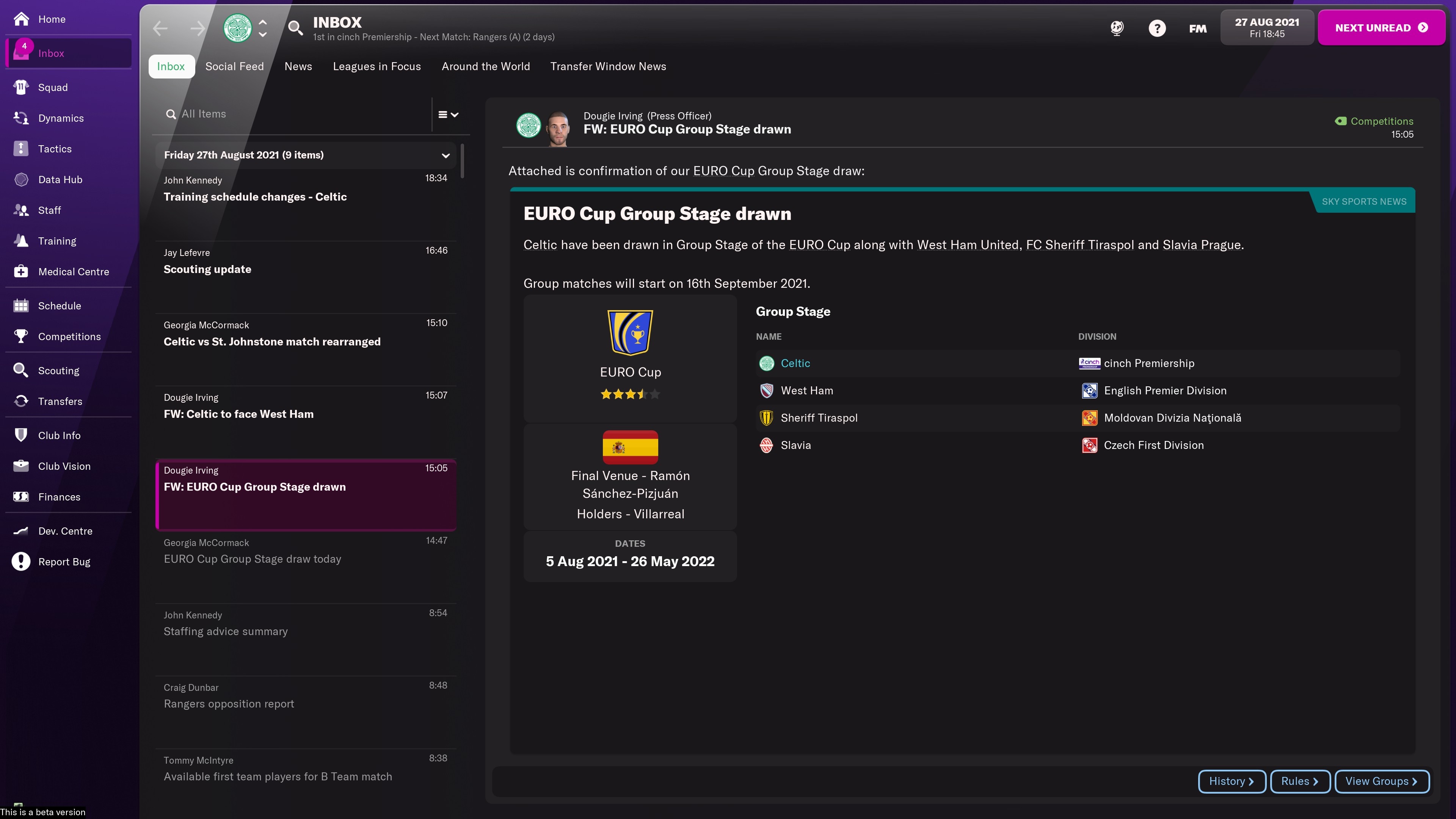 The biggest change this year sees a new match engine, which is the 3D representation of the match that plays out in front of you. More animations and more realistic plays make the matchday experience stronger, with the ball no longer pinging across the field while your player makes little motion in its general direction. Visually, it’s still incredibly basic, and I know that’s absolutely not the point of Football Manager, but it feels like the last piece in the puzzle for the game. Even early 360-era graphics would suffice, for those of us who enjoy watching extended highlights of each performance.

Football in 2021 is an incredibly data-driven game. There are full teams of people at the biggest clubs in the world whose sole responsibility is to study games down to their most granular detail, and use that information to predict the development of a player, the outcome of a match, or the most effective tactics. This year, that granularity is replicated in the Data Hub, a new menu that allows you to receive data packs, reports and other stats that replicate the kind of information real managers are given.

This is the kind of thing that will be incredibly useful for players that want to take a tiny team to the top of the Premier League, but for casual players, they can dip into it for some basic information, without having to learn the intricacies of the expected goals equation. The game is also famous for its accuracy when it comes to international politics affecting the transfer system in Football Manager. So, if you’re managing a team from the UK, look forward to several emails from your stressed assistant manager telling you the 17-year-old French left-back you’ve just scouted for months can’t sign thanks to Brexit. 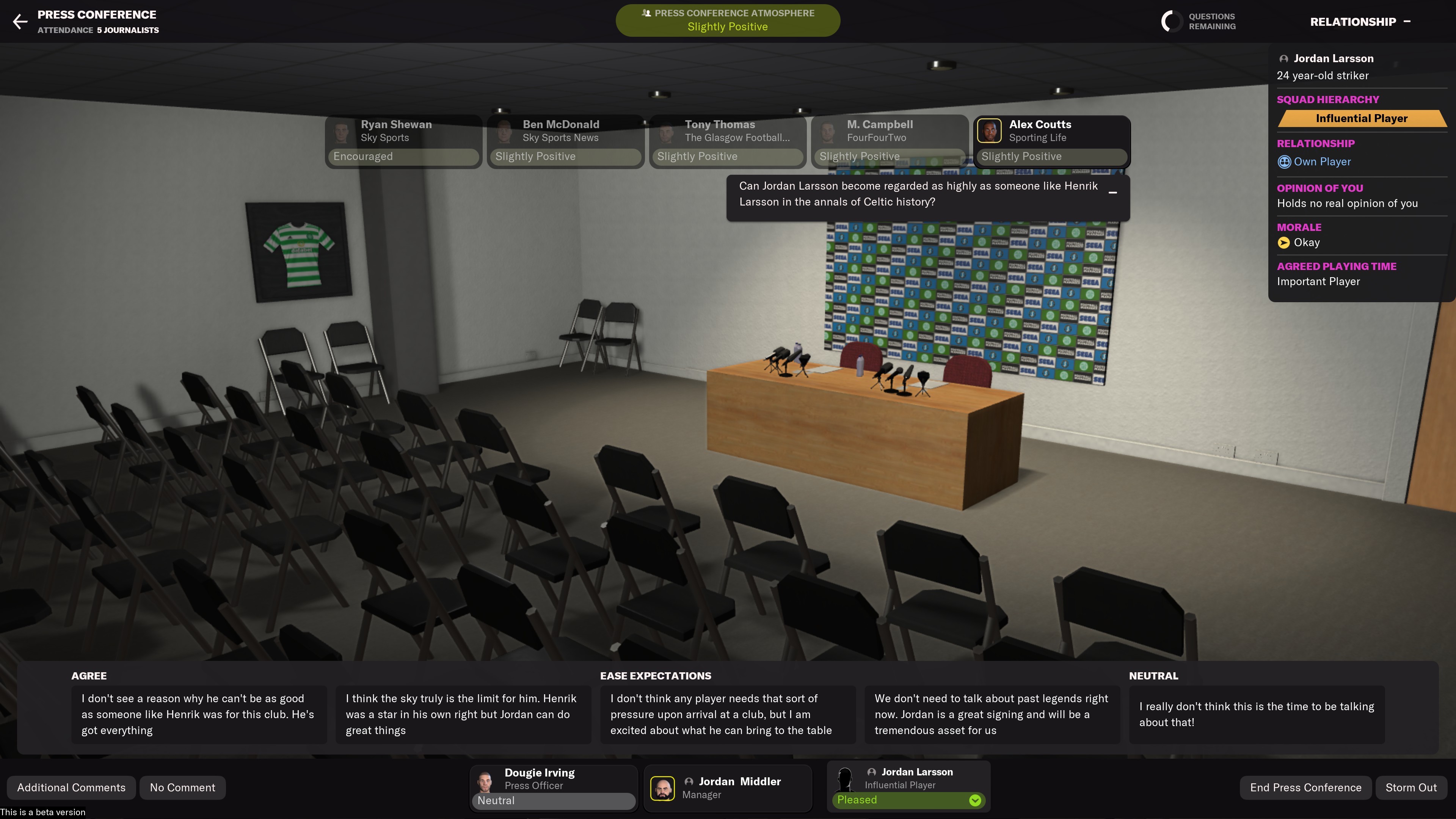 I think that’s why Football Manager is so popular and why Football Manager 2022 is such a great entry. It can be as hardcore as the type of folk that build replica cockpits in their garage to play flight simulator, or as basic as those who just want to set up their team, handle their tactics and storm out of press conferences when they’re asked the wrong question.

There’s a lack of many licenses for the top teams and leagues, but this is a non-issue as the Football Manager community have long been the very top tier when it comes to user-generated mods, in order to ensure that every player in the game has a face, and every kit is accurate.

Football Manager 2022 won’t convert anyone who wasn’t previously a fan of the game, for those dedicated to the grind that find themselves playing for hours and hours on those darker nights each winter, it’s excellent. The changes to the match engine are welcome, but it really does feel like it needs a proper fresh coat of paint to take the next step. These games are always iterative, but Football Manager 2022 feels like it can probably be the last one of these that is so similar to the last few, before fatigue sets in. I say that, but I’m already 3 seasons into my career with Celtic and I’m aiming to take Scotland to World Cup Glory, so my next few months are booked.