Bungie has delivered one of its strongest, most approachable storylines yet, but is it destined for obscurity?

When I think about underrated shooters, one game triumphs above all others – the unequivocally underlooked Titanfall 2. Despite its almost-constant rotation in various store front sales and a campaign that can be experienced in less than a working day, Respawn’s action-packed, deliciously compact FPS is an essential that many have missed.

Hell, even I missed it. I first sat down and played Titanfall 2 in the spring of 2020. Spurred by the whims of the Covid pandemic to stay at home and battle my backlog, I finally took heed of my many friends and said I’d play the fucking thing. And I did, I sat rooted to my sofa for six straight hours having the time of my life. A brilliant setting, ultra-tight mechanics and glorious shooting made for an absolute afternoon delight. I’m also a keen Apex player, so the additional benefit of knowing and loving that game and experiencing the crossover between the games made it even richer.

This week saw the release of the long-anticipated Destiny 2 Witch Queen expansion, which sought to provide fans with some much-craved context about one of the game’s main antagonists, Savathun. For those completely lost (which, as I’ve discovered this week, is most people not entirely swept up in the game’s long-running and endlessly nuanced lore) Savathun is the titular Witch Queen, a hive god (the Hive are a group of baddies) and sister to Oryx, The Taken King. Without going into too much detail, The Witch Queen campaign revolves the next instalment of Savathun’s efforts to take control of the light – Destiny’s grounding force that gives Guardians their power and immortality (the light is provided by the Traveller, that big fuckin’ orb on the artwork) – and use it for her own gains. Players are tasked with venturing into Savathun’s Throne World (essentially a pocket dimension) to sort her out.

How are these two games remotely related, you ask? Well.

A month ago, I was not a Destiny player. The most experience I had with the franchise was as a starry-eyed Bungie fangirl, rocking up to the midnight launch of Destiny 1 almost a decade ago. Having not grasped the concept of live games in a particularly effective way, I finished the main game in about a week and traded it in, quickly unimpressed with having to WAIT for my CONTENT. In around four weeks, I’ve moved from that to an all-out Destiny enthusiast, all thanks to the lead up and subsequent delivery of this expansion. 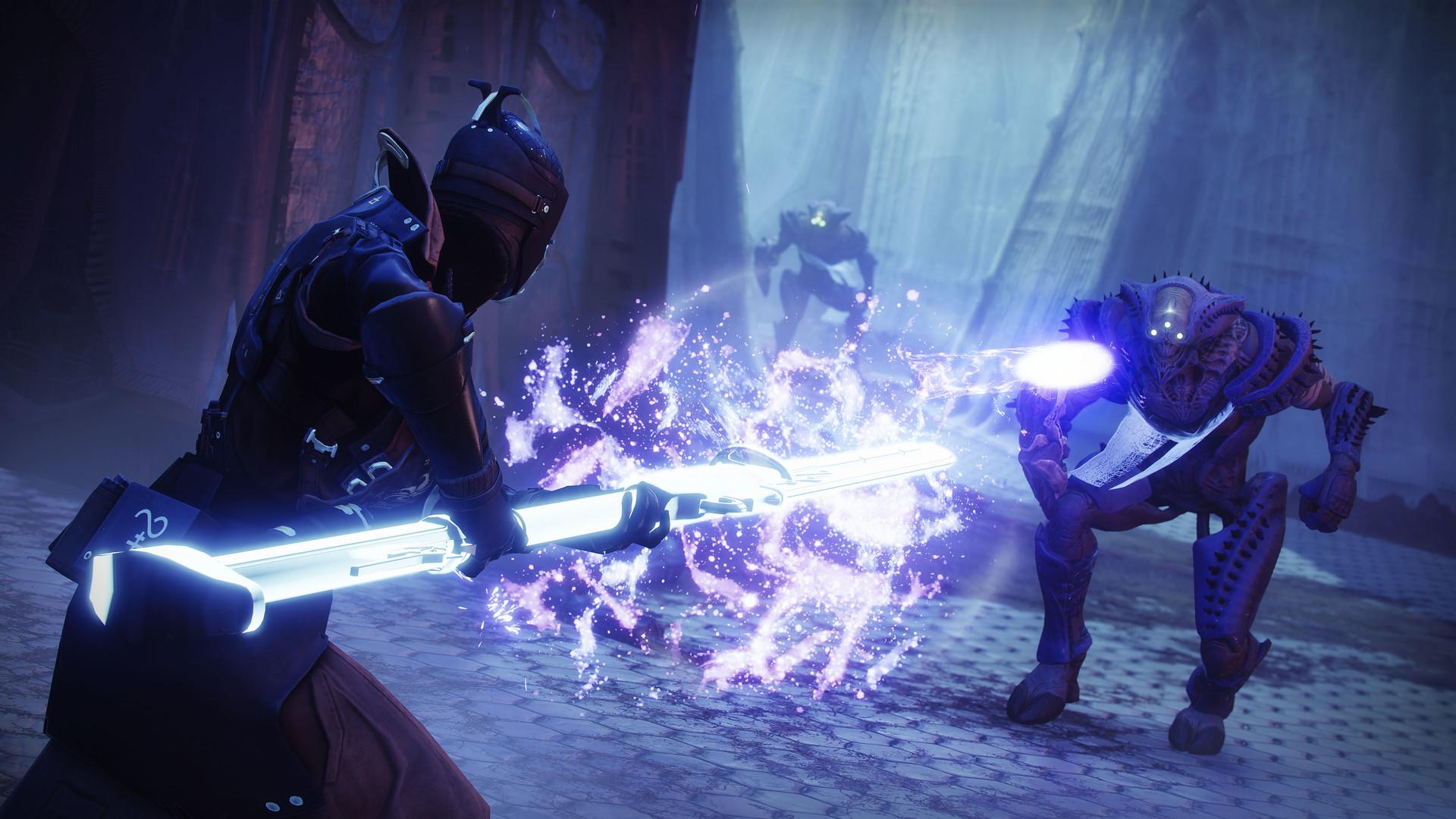 In those 10 years I’d considered returning to Destiny, but from the outside, it is and remains impenetrable to new players. Booting up Destiny 2, you’re dropped in the battered car park of the Cosmodrome from the first Destiny, handed a Ghost and a gun, and before you’ve actually figured out the buttons, you’re in the live, communal areas of the game with no guidance and even less context. I’ve gone through this process a few times, once overzealously on my own to no avail, another simply to see how well games run on Stadia. The only way I’ve managed to get through this lore fortress (lortress) is by having someone with an encyclopaedic knowledge of the game’s history guiding me through each step, explaining where each DLC lies on the timeline as we play it, and being on hand to answer when I’m running at a thing and shouting “what’s this?” every five seconds.

And even if you do manage to penetrate it to a point where you have even a basic grasp of what’s going on and what everything means, it’s a 50/50 on whether Destiny 2 will hold your attention for the long term. Once you’ve hoovered up the main story beats and taken the time to get to know its systems, are you going to come back to grind out daily bounties and weekly raids for a nice gun or a fancy shader? Do you give a solitary shite about running a dungeon 57 times to get the perfect roll of a randomised SMG? It’s a gamble in itself on whether Destiny 2 is worth enough of your time.

That’s a total shame, because the recent Witch Queen campaign is honestly one of the best shooting adventures I’ve had in years. It manages to deftly weave Destiny’s tried and tested (and formerly failed) formulas into a story that is satisfying for old and returning players alike. It sort of does away with the pompousness of former beats; you can get a vague grasp of what is going on and who Savathun is with just the information presented to you by other characters and the narrative from your Ghost companion. Admittedly, it helps to buff up on the lore for a richer experience, but you’re not left gagging for an explanation over what’s going on. 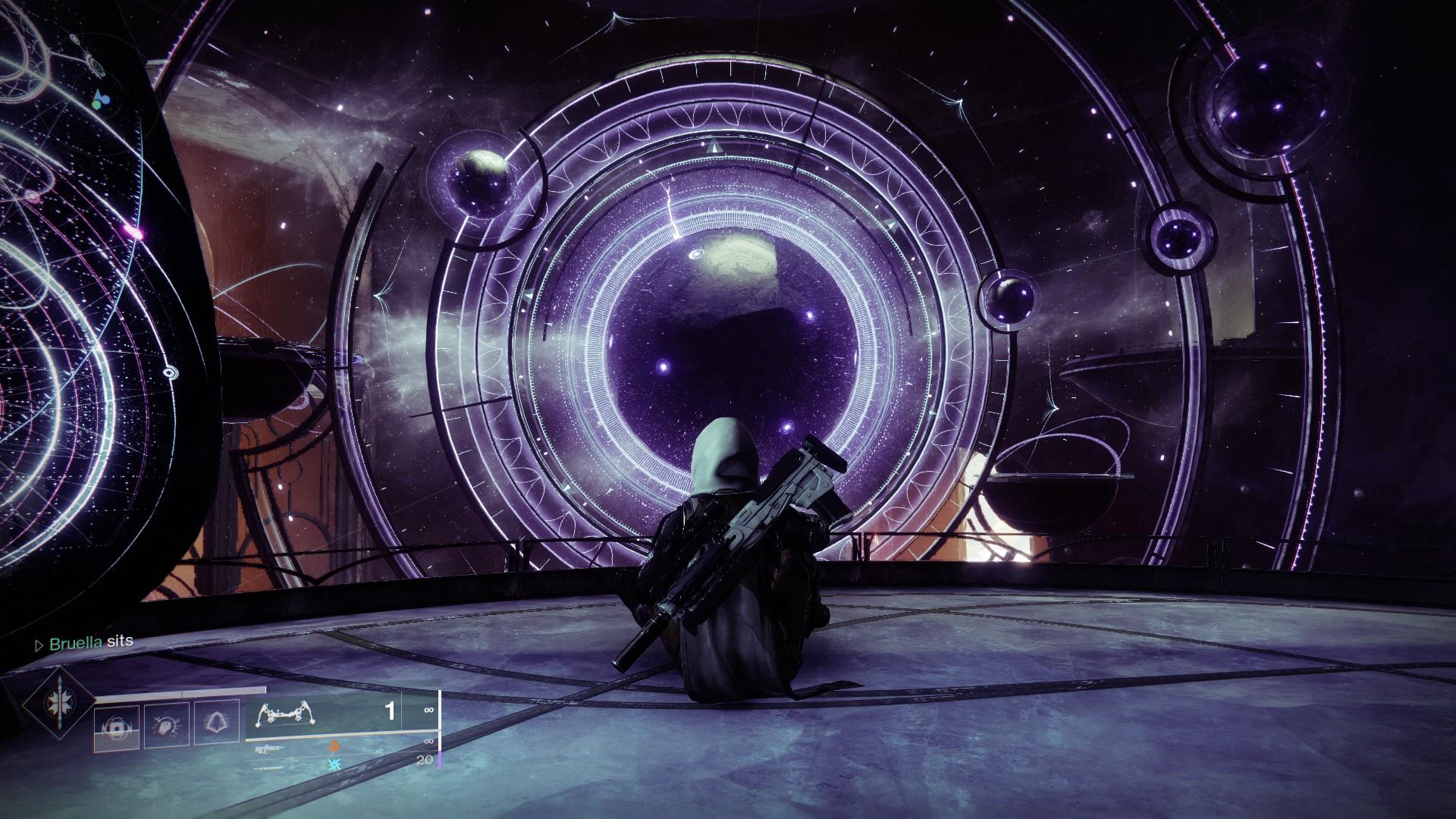 I was left ruminating on my opinion of The Witch Queen for a while after finishing the main story and my position as a new Destiny player. Was the campaign actually good, or did it just feel good because it’s the first narrative-driven questline I’ve done in real time? Is it the best expansion in the game’s history, or have I been corrupted by the opinions of Big Destiny?

Outside of the main storyline and similar to other DLC, it puts repeatable tasks in your path with intent so you know that it’s there, it doesn’t just expect you to stumble upon and understand public events, patrols, Lost Sectors, all of the stuff you can do for currency and shiny items after the plot is wrapped. That’s a nice touch, because once you understand this formula, it basically applies across every piece of content in Destiny. Go to an area, find the area’s NPC, get your handouts and bounce. If you’re not into the grinding aspect out the gate, that’s not going to appeal to you, but Destiny’s edge here is that it just feels good to play, regardless of what you’re doing.

Whether you’re taking part in the main adventure or just running through a dungeon for the umpteenth time, the combat and movement is consistently satisfying. The delicious platforming,, sprinting and sliding through massive, gorgeous levels, sometimes the lore doesn’t even matter. The variations of weapons from the tight, punchy rifles to the elegant and brutal swords, it’s such a fucking delight to mess about in that if you do enough of it, some of the narrative might just open up to you organically along the way. 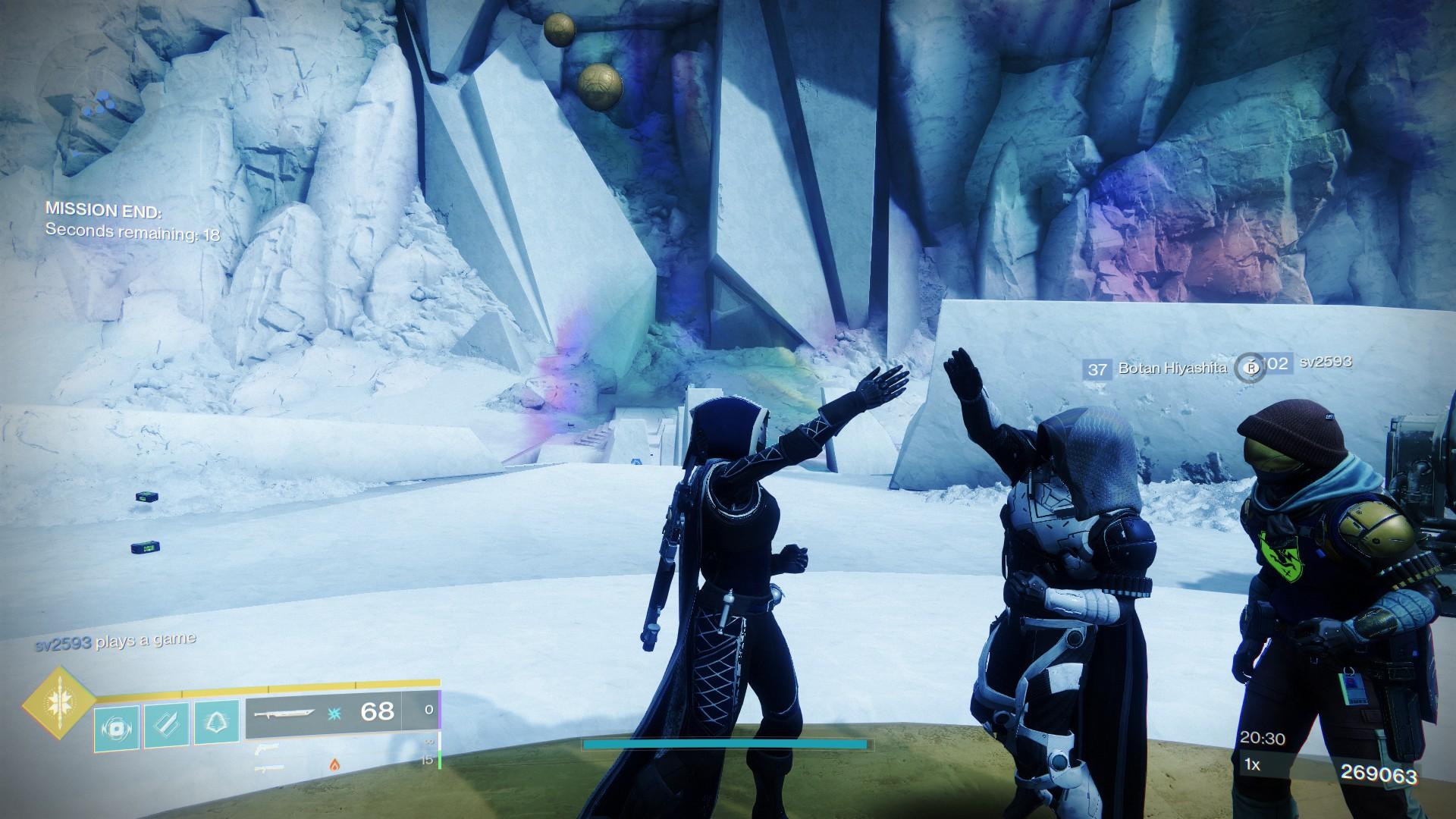 Destiny’s biggest hump is the amount of information it tries to bombard you with at any one time. Dropping into the first open world area is a mess of waypoints and arbitrary shite that will mean nothing to a player finding their feet and figuring out what they want from the game. The Tower, Destiny 2’s “hub” is even worse, a bloated landing zone that explains absolutely nothing, with about five places in total you’ll ever need to really go.

The Witch Queen sort of navigates around that, it drops you into the first mission of the campaign, and then once you’re in, it puts you in the open world area of the expansion, before taking you to Mars, what essentially serves as a miniature hub for the campaign, where you can access your storage vault and other player management guff. For new players, it serves as a diet version of what the other areas will look like, and doesn’t force you towards the Tower until it’s necessary. It still doesn’t really explain what the Tower is, in fairness, but you can get enough of a grasp of how it’ll operate by the limited interactions you can do on Mars.

It’s not the perfect entry point, admittedly. It doesn’t sit you down and explain everything perfectly, and it still pays to have someone to drip feed the relevant information as and when you need to hear it. The best way to get into Destiny is to buddy up with someone who is already well into Destiny, that’s undeniable. But in terms of entry points, story delivery, and guidance through the world, The Witch Queen is the most approachable avenue into this behemoth of a game than it has ever managed. I’m not sure if I am even the correct person to sell newbies on the game anymore now I’m on the other side of the Iron Banner, but trust me. I was once like you, and the door is as open as it might ever be. The Witch Queen is truly a brilliant sci-fi story delivered alongside equally enjoyable gameplay, but I fear it is so suffocated by Destiny’s convolutedness that only a select few will ever see it. But I believe it might just be worth it.