‘Murder puzzle’ is a phrase I surprisingly wasn’t aware of when playing Dishonored, nor Arkane’s new shooter Deathloop, but when their campaign designer Dana Nightingale mentioned it, I can’t describe these games as anything else. It is of course a game of murder, but through an immersive sim the way around that murder is a puzzle box in the player’s hands with multiple ways to reach it. This begs the question: who builds this box?

With a successful launch in the background, I spoke with Dana about Deathloop: it’s heritage with Dishonored, and how they designed the game’s multi-stage time loop. I also grilled her about some of my favourite Visionary locations, which you can find in a second video. For now, I wanted to know about her job title: how do you design a campaign, when there are no real levels, nor any real concept of linearity?

“In Dishonored you can afford to be a little miopic when it comes to the campaign,” said Nightingale. “Every little chunk of the game, every level, could be its own little isolated game. So if that content is very inward focused, if it’s not connecting very explicitly to everything else in the game, it’s kind of okay. You can get away with it. But that’s not how Deathloop works at all.

“Deathloop is one entire cohesive experience, and we realized that the person designing this murder puzzle, that is a full-time job. There really needed to be one person who is the author of this, the one creating the design and then working with those individual people.” 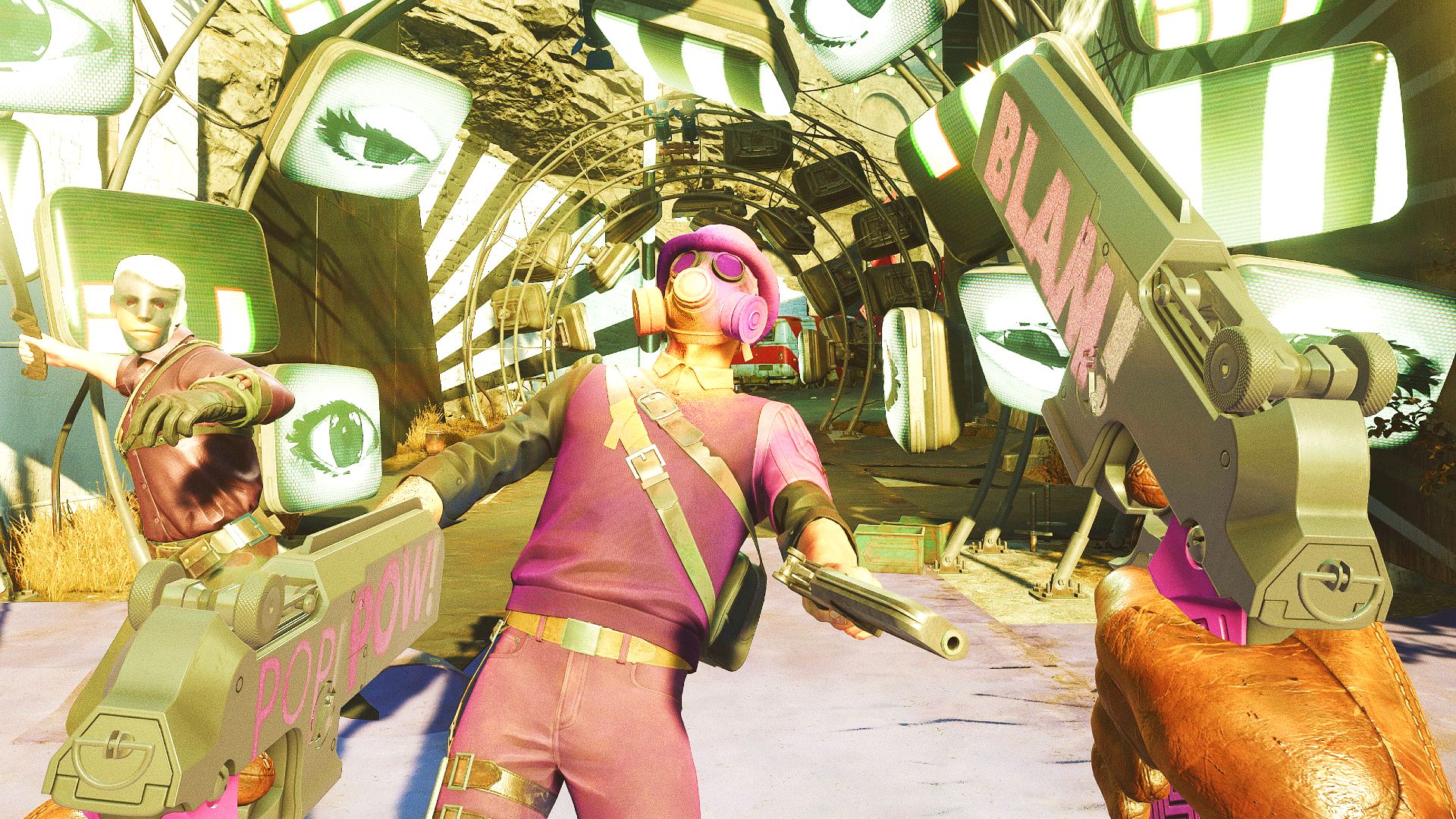 It was very important to us that the player and Colt were always in lock-step of 'there's a ton of stuff we don't know, but I understand what we don't know, and I know where to go to find out'.

“What I didn’t realize was that I was going to have to become a UX specialist overnight” she continued to explain, “that was not something I had any experience in […] that is where my collaboration every day with our UI/UX team came in, and creating that UI that we have with the leads, the arsenals, the discoveries, we were constantly testing that, prototyping that, iterating on that.

“How are we communicating to the player visually through an interactive interface what they’ve done, what they have to do next, exactly how to present it […] that was a huge learning process for me but I was very into it. It was very important to us that the player and Colt were always in lock-step of ‘there’s a ton of stuff we don’t know, but I understand what we don’t know, and I know where to go to find out’.

Was it always like that? How did you decide the balance of what the player is told?

“Early on, there was a version of the game where the game didn’t do any of that for you.” says Nightingale. “We just drop you in and you were just on your own. And all of the cause and effect was still there, like this action led to that, but the game didn’t track any of it for you.

We very quickly saw that there is like one player out of 10,000 who would just eat that up. But for the other, you know, 99,000, it’s overwhelming. It’s too much. It gets lost and people very quickly lose enthusiasm when you’re in a situation where I don’t know what this game is asking me to do.” 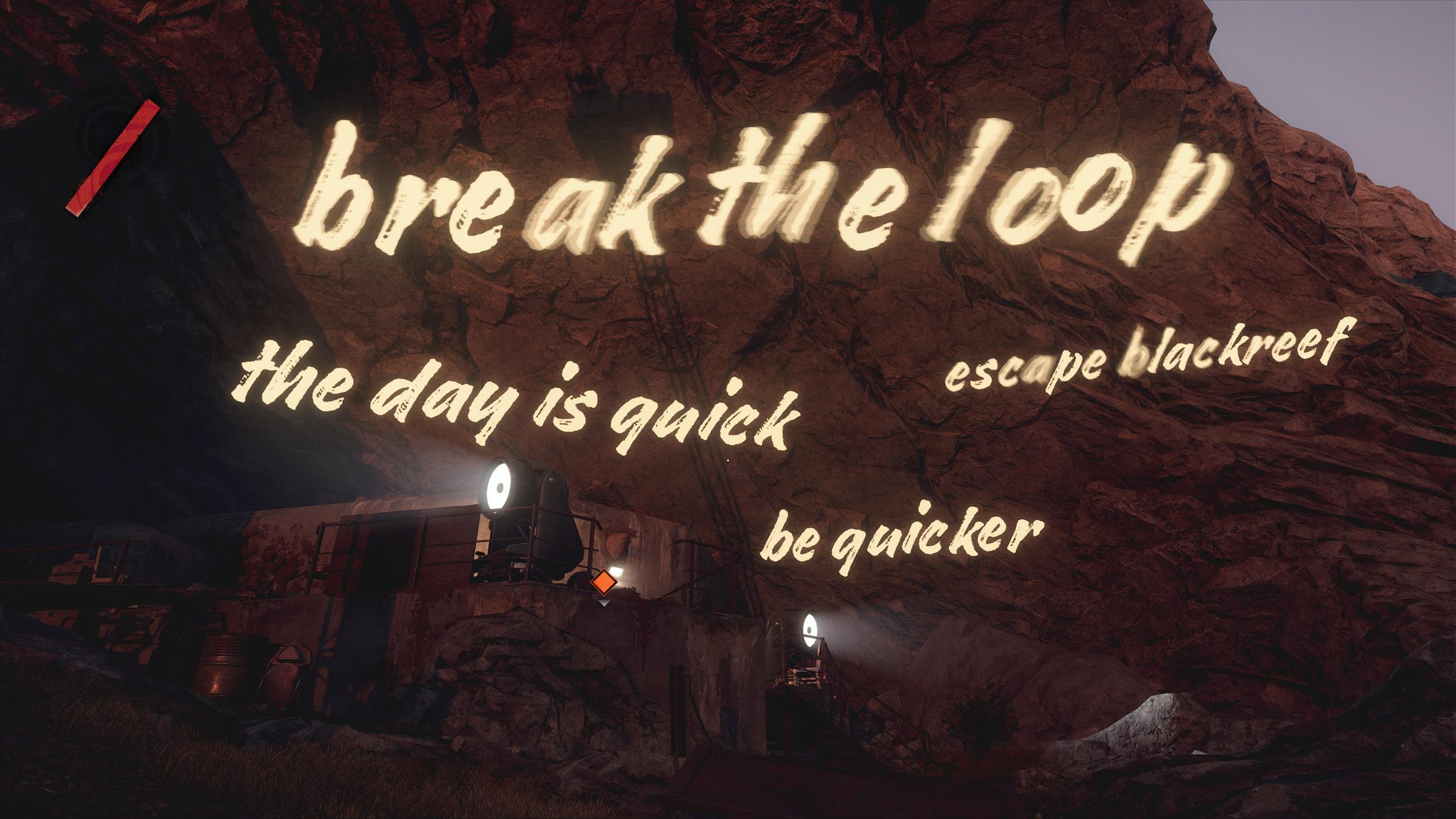 Deathloop shares a lot of DNA with Dishonored, but what did you want to do completely differently with this new title?

“We really wanted to make a game where the player would stop feeling afraid to experiment with our systems.” she answered. “Our previous games really push the player towards perfection, for better or for worse, which is a way that what I like to play.

“But the big question hanging over a lot of us was ‘what does our game look like if the player has to live with every mistake that they’ve made?’ […] That had to be something that we constantly thought about because a level designer could get really comfy. And the idea that if this just goes wrong, they’ll just load their game. So you can just have something really punishing and unfair because it doesn’t matter, because the players load their game to like five seconds ago and they do it again.

“We couldn’t design like that anymore. Everything had to be designed from the standpoint of failing this should be as fun as succeeding.”

This article is only part of the full interview with campaign director Dana Nightingale, which is on our YouTube channel shown above. Another video where I ask about some of my favourite Visionary spots is coming soon.