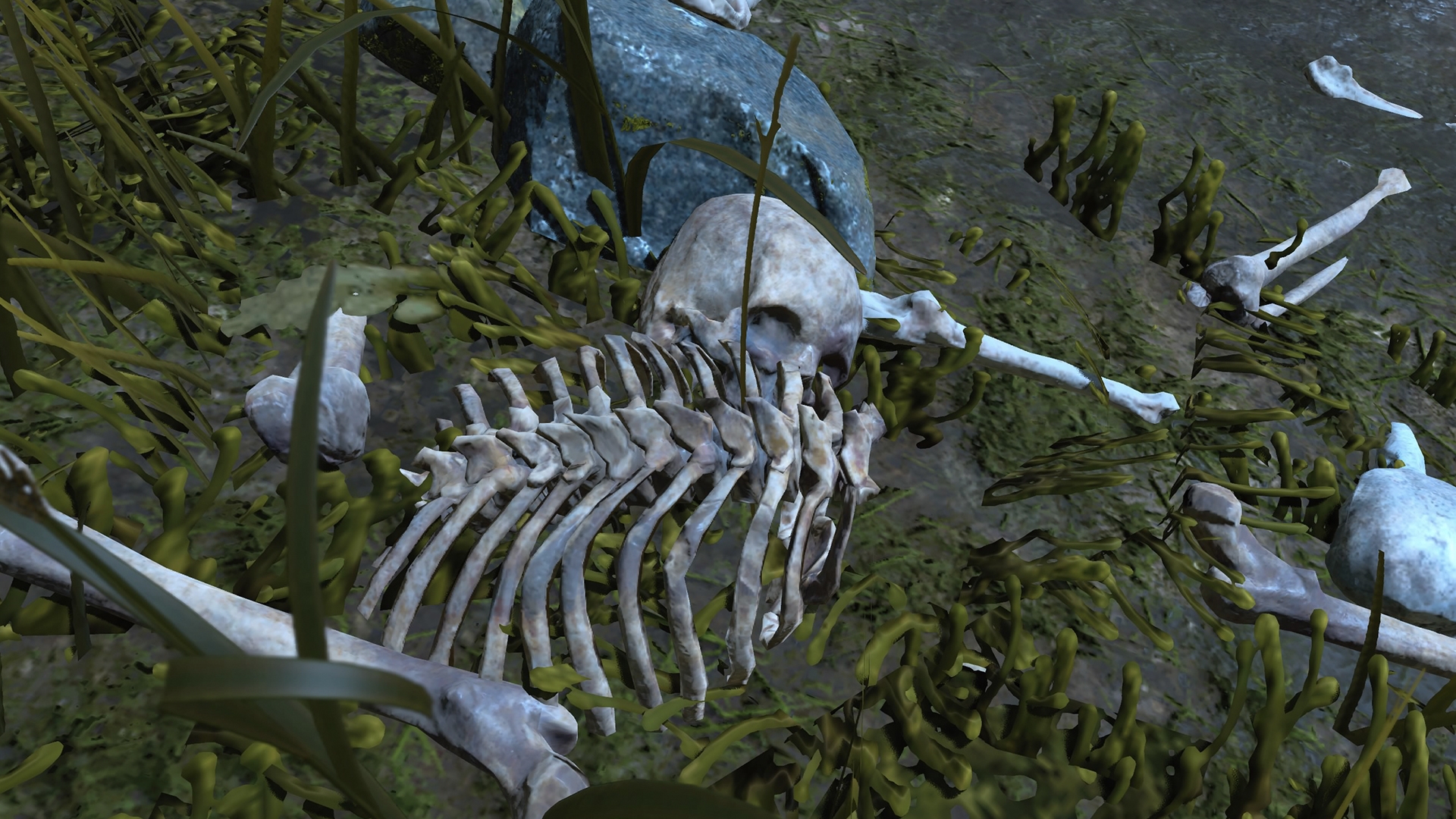 I’m the kind of person who pauses detective shows on the TV, all so I can get a good look at the freshly excavated skeleton and give my opinion on it to anyone who’ll listen. As an osteologist (human bone specialist) and archaeologist, it’s virtually impossible to see bones on-screen and not wonder what story they are really telling – spoiler! It’s not often what the on-screen forensic pathologist reveals.

Video games are no different for me: from Diablo to Uncharted, the urge is always there to examine the archaeology before smashing it to find gold or using it to solve a puzzle. In recent years, increasingly realistic rendering of bones and artefacts makes analysing them a tantalising possibility. So, what are the bones in games telling us, osteologically?

Determining the number of individuals present by counting how many times a particular bone repeats, and establishing age, sex and health information is basic osteological practice. Oddly, it’s not hard to recreate this method in games; the number of poor digital souls ending up as foils for the escapades of Lara Croft or Nathan Drake can be determined by tallying all skulls or right femurs on display. And it can be a lot. In one small chamber en route to the Prophet’s Tomb in Rise of Tomb Raider I spotted a whopping 159 individuals.  The detail was so good in some bones it was possible to identify the incompletely fused bones of probable teenagers. There was even an individual with a circumferential craniotomy – the top of the skull had been removed for an autopsy or anatomical dissection – an odd thing to find at the site of a skirmish. 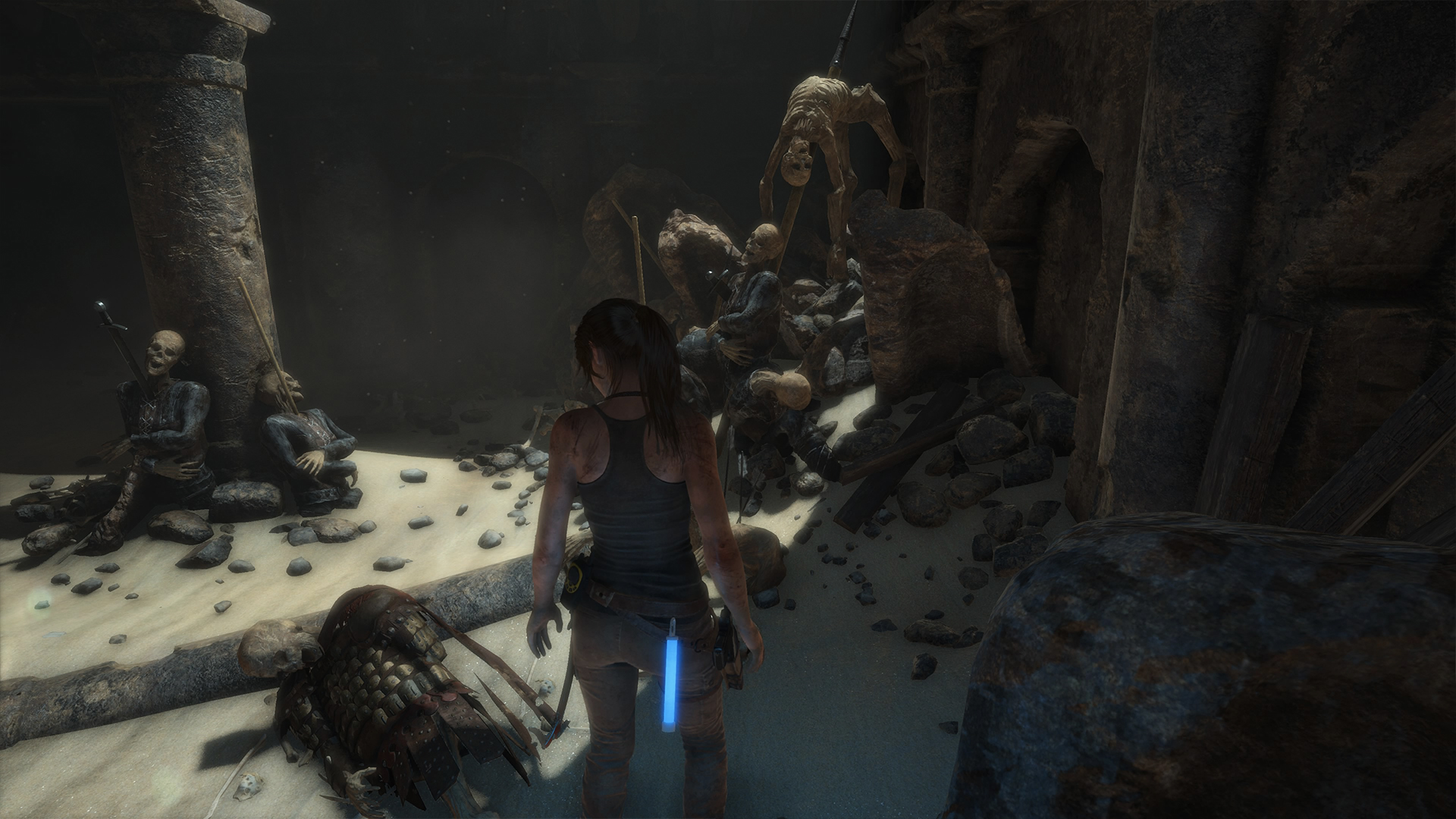 Admittedly, these skeletal assemblages aren’t exactly real; you’d be forgiven for thinking that any analysis is a waste of time. Assets, the bone and skeleton props themselves, are largely plucked from the imagination of skilled artists after all. But how many artists create such detailed props without working from anatomical reference images? Very few. As a result, it is inevitable that details from real skeletons are making their way into digital environments and to me, that is worth thinking about.

Artistic license tends to help with compelling storytelling though, which should probably be prioritised over skeletal veracity. But if you are interested in some of the differences between videogame and meatspace assemblages, here are some of the biggies.

Complete skeletons, perfectly posed whilst standing, sitting, or hanging from trees or in gibbets, are a staple of in-game landscapes. If a human decomposes above ground though, it doesn’t take long for bits to fall or get dragged off. Once the connective tissue is gone, nothing stops bones moving! Of course, recognisable human remains inspire a more visceral reaction in us, which is probably why complete forms appear for dramatic effect, even when bits and pieces would be more likely. 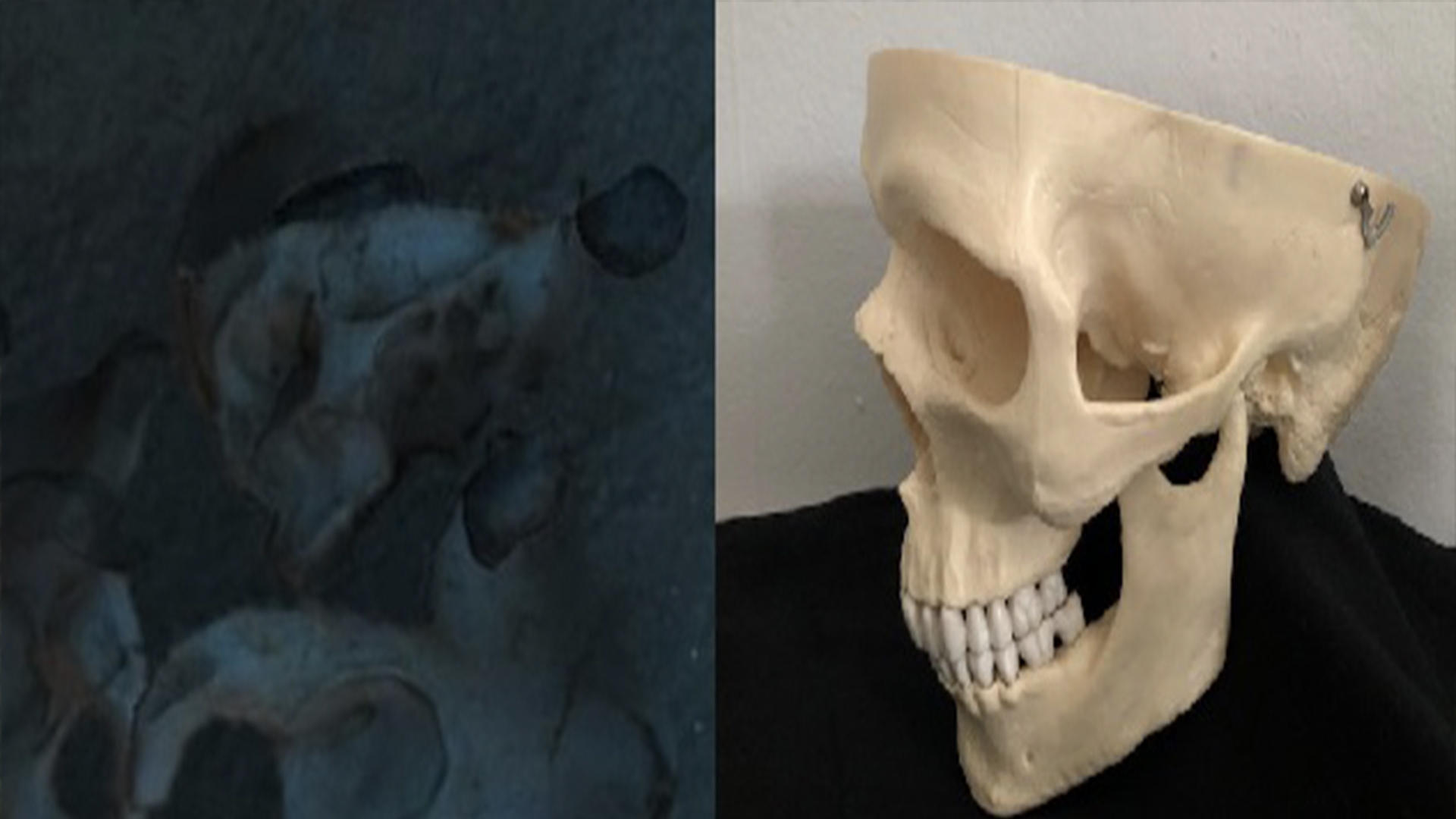 Individual bones are often repeated throughout games to build up a desired environmental aesthetic. This can lead to a skewed representation of duplicated assets, like piles and piles of skulls, or a plethora of rib cages. This is an artistic decision, but it is still fun to wonder “If there are that many rib cages… what happened to everything else!?” An over representation of one part of a skeleton on a site usually indicates something interesting was going on – like finding a heap of amputated limbs (creepy before realising you’re excavating a hospital site!)

Remains rarely exhibit a definite cause of death. Acute infections, one of the biggest killers in antiquity, seldom leave physical marks. If you happen to find someone with a dagger buried solidly in their ribs, it’s a rare and exciting find. In games however, every other skeleton is run through with a spear, covered in arrows, or trapped in a failed attempt to open a tomb door. Although the ambiguity is a common frustration in real-life archaeology, it is a lot of fun to see these more conspicuous ends.

Bones in games have come a long way from the spooky pixilated motifs of 1988’s Ghouls ‘n Ghosts, to the beautifully realised objects in recent releases. With that incredible leap over the past few decades, I wonder what the next iteration might look like. How real will the human bones in games become?. Developers can buy 3D scanned animal bones in asset stores now,  could the same happen in the future with real human remains?. Thankfully, imaging human skeletons in this way is logistically difficult and likely prohibitively expensive – and would come with huge ethical concerns. Whether players would one day want to crunch their way through the digitally recreated remains of a real person on the way to their next quest for the sake of a touch more realism, well, that remains to be seen.