There's an Arcsmith waiting in the sky 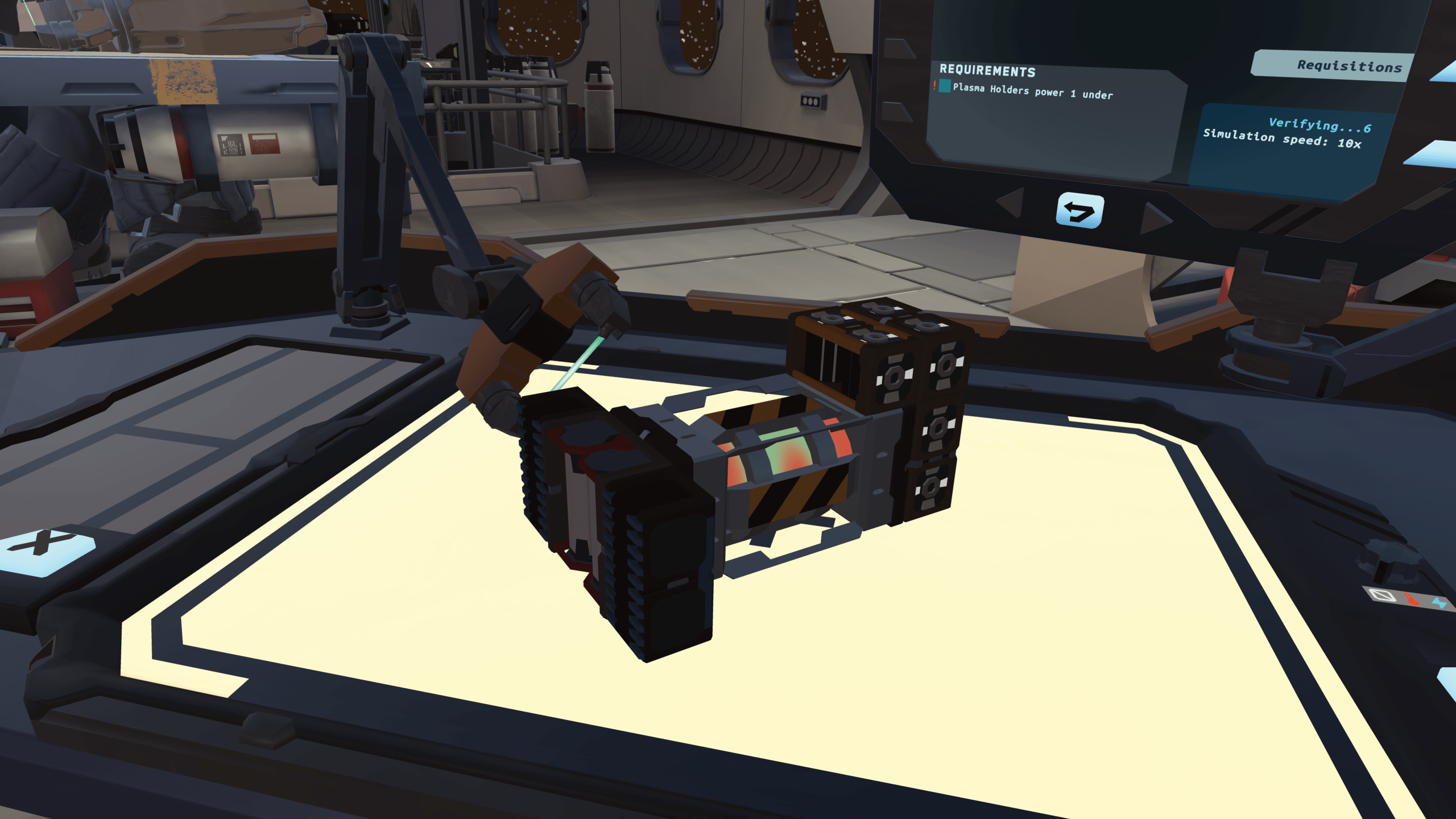 The best puzzle games can make you feel like you’ve got a brain so big that simply carrying it around will break your neck one minute, then so idiotic that you feel like you need to whistle before you go to the toilet, just to know which end to piss through the next. Games like Portal, The Talos Principle, and countless others have reached this goal, providing the player with a hero’s journey from incompetence to genius, but there’s something about Arcsmith that makes the highs even higher, and the lows so low you wonder how you got through school.

Arcsmith is a puzzle game in which you find yourself aboard a ship, and you’re essentially tasked with making objects from a series of parts. These are things like power generators, radiators, light emitters, all of which fit together like interstellar LEGO. The challenge is to fit all of the components you need to get the thing to work into something that won’t melt like a Game Boy with leaking batteries. It becomes a game of trial and error, balancing having enough power to pass the requirements, and enough cooling that it won’t explode the second you turn it on.

Each element is very clearly coloured, and the game does a great job at not overwhelming you with how many variables it’ll expect you to remember. Some of the tasks are as straightforward as they seem – for example, I had to make an item that shot three beams of light, each of which had to hit this small square in the middle of my workbench. I started to instantly panic, wondering what Tesla cannon I’d have to create in order to fulfill my task and stop my Jedi Master, Korith Dinn, from shooting me out the airlock. It turned out, all I had to do was arrange the beams in a cross, provide one battery and one radiator for each of them, and that was it. 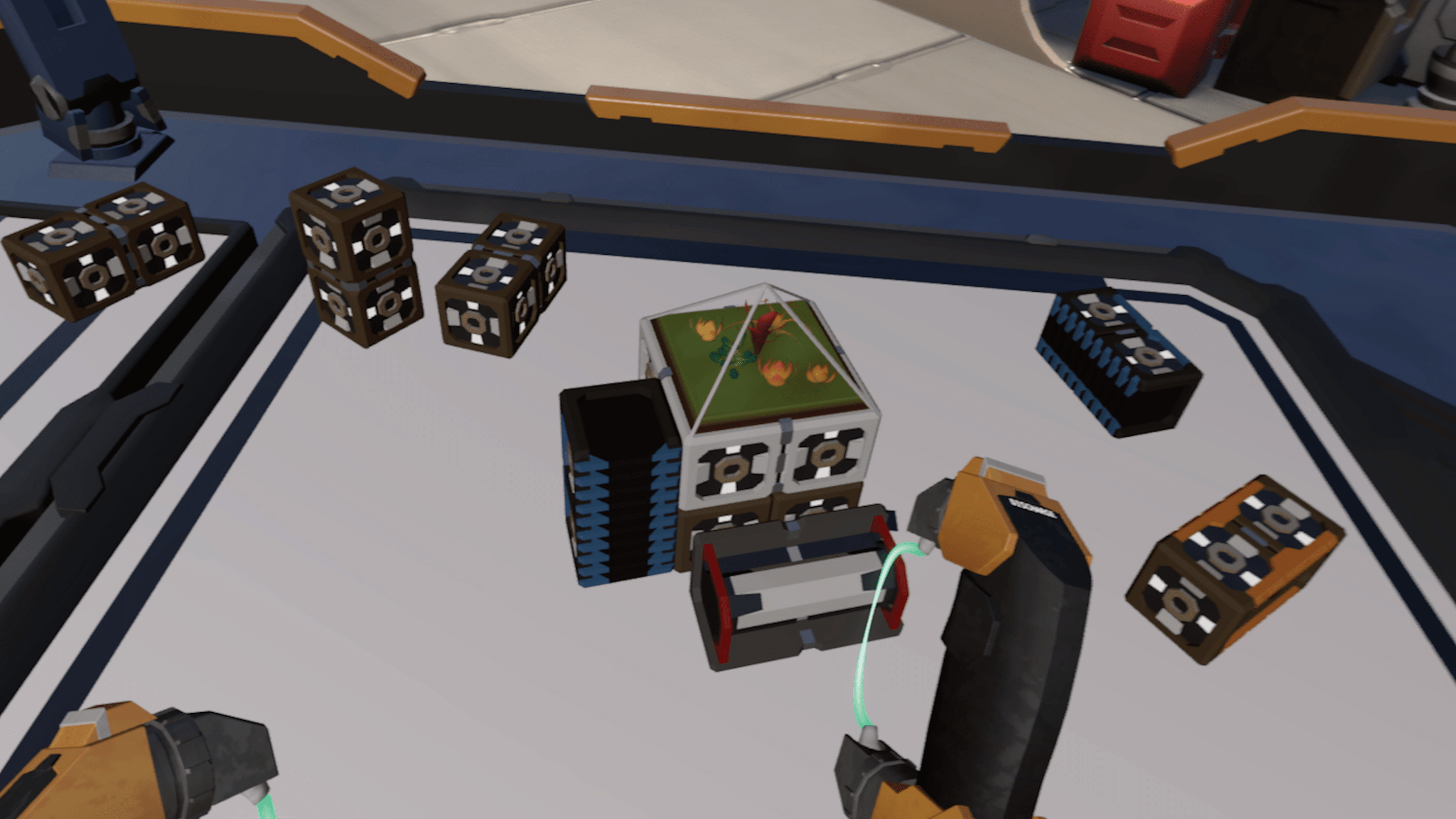 I love how freeform Arcsmith is. For each task, you have a limit on how many pieces you can request for your build, but it never tells you how many you need to use, or how few. It feels like each puzzle could have 10 solutions. Sure, you can make something sleek and symmetrical, or you can take my approach and make every creation look like a LEGO gun you’ve dropped down the stairs.

Arcsmith is a seated VR experience. I played the game on the Oculus Quest 2, and beyond the usual neck strain that comes with all VR games, the main discomfort I felt was a by-product of the game’s main concept. If you’re building something at a desk, you have something there to rest your forearms on, or steady your grip if you’re doing a particularly tricky bit. But since you’re in VR, everything you’re doing is floating in the air, and after a while my arms were killing me. I realised that I’d got so invested in the tinkering aspect of making these machines that I’d started to expect the virtual work desk I was looking at to be real.

There’s also something about VR that just made the solutions to the puzzles more difficult for me to figure out. In a traditional puzzle game I could look at my phone, or out the window, and just let the answer roll around in my head. In Arcsmith I felt like I was on The Crystal Maze at gun point. I felt like my teacher was about to launch his invention across the room. Multiple times I found myself taking the headset off, just to be able to think. That’s not to say the game puts pressure on you – quite the opposite – the game wants you to mess around with the parts it gives you.

The atmosphere in the ship is great, there’s a whir of the robot that carts around the ship at 100 MPH, you can look out the window into the vastness of space. After an early mission tasks you with fixing a radio, you’ll then hear music play in the background, like an old JVC boombox barely holding onto life in a garage. I genuinely felt like I was just sitting there, getting on with my work. It’s almost relaxing, if not for your creations very regularly exploding in your face. 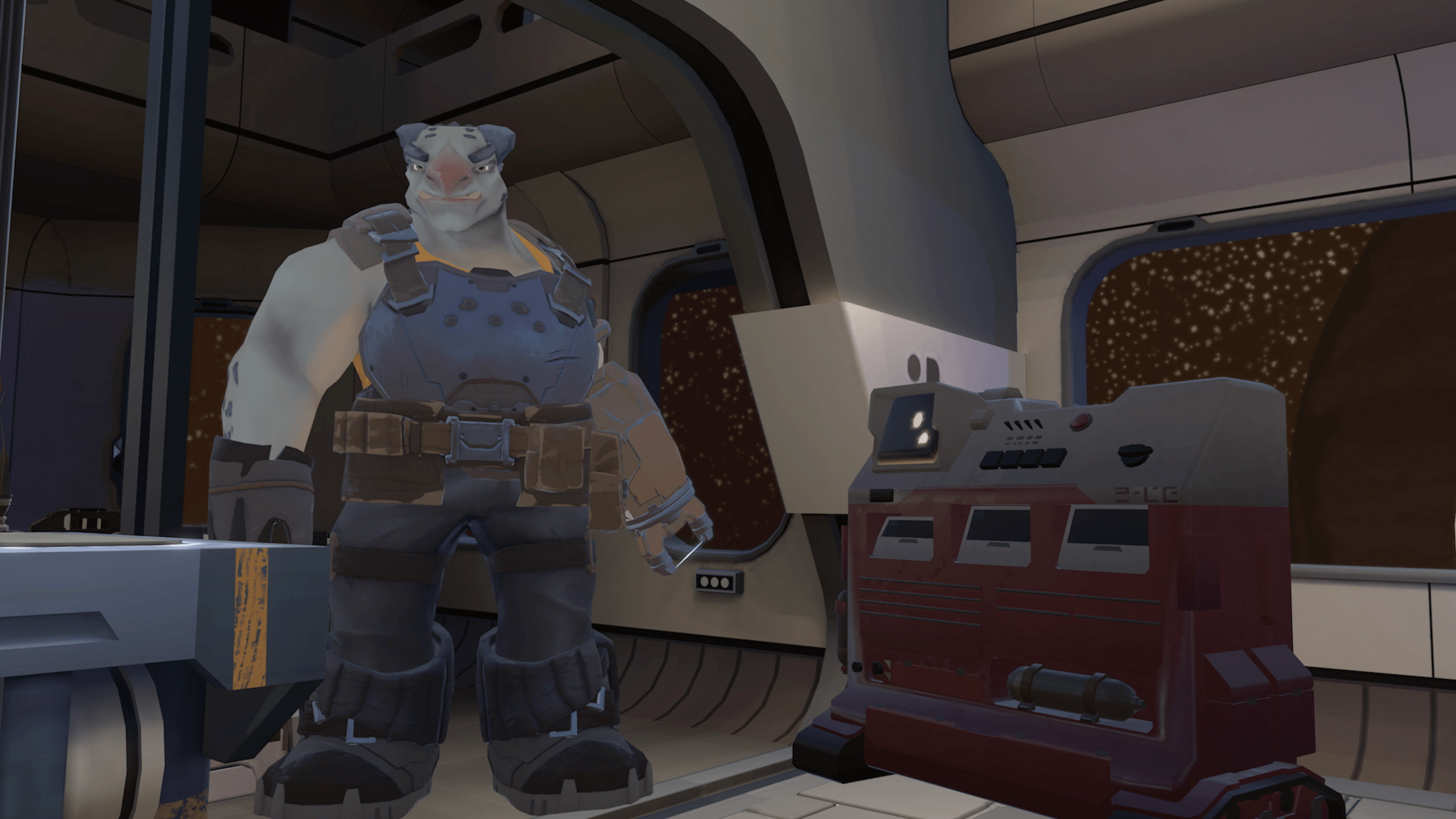 What isn’t regularly exploding in your face is the narrative, which mainly focuses on your mentor revealing to you why he stopped being an Arcsmith. I enjoyed these sections, although usually I was fairly mentally checked out for a few seconds, only having just come down from the high of my solution actually working. The radio that I mentioned previously also regularly chimes in with updates about an impending war and provides colour to the state of the world around you. It’s never invasive, and a great addition to the natural downtime you need between puzzles.

While I found the controls to be mostly intuitive, occasionally the pieces seemed to have a hard time sticking together. While most of the time there was a satisfying snap, for some reason, be it the game itself or the Oculus tracking, the parts would just hover next to each other. This became especially annoying when making the final few adjustments to a solution, only for it to all fall apart because the headset registered me seemingly smashing it against my desk.

Arcsmith is a brilliant puzzler and a truly immersive VR experience. Rarely have I felt myself so easily sink into the virtual world than I did when really concentrating on a solution. VR is the perfect medium for a game like Arcsmith. It’s the closest a game has come to replicating the feeling of putting together a LEGO set, albeit without any instructions. While prolonged play sessions did cause a bit of discomfort, and the VR tracking wasn’t faultless, it’s a hugely satisfying experience surrounded by an interesting story and fantastic music. When people get a VR headset, there are a few games I implore them to play. Arcsmith is now comfortably on that list. 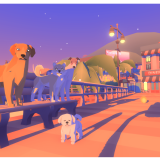