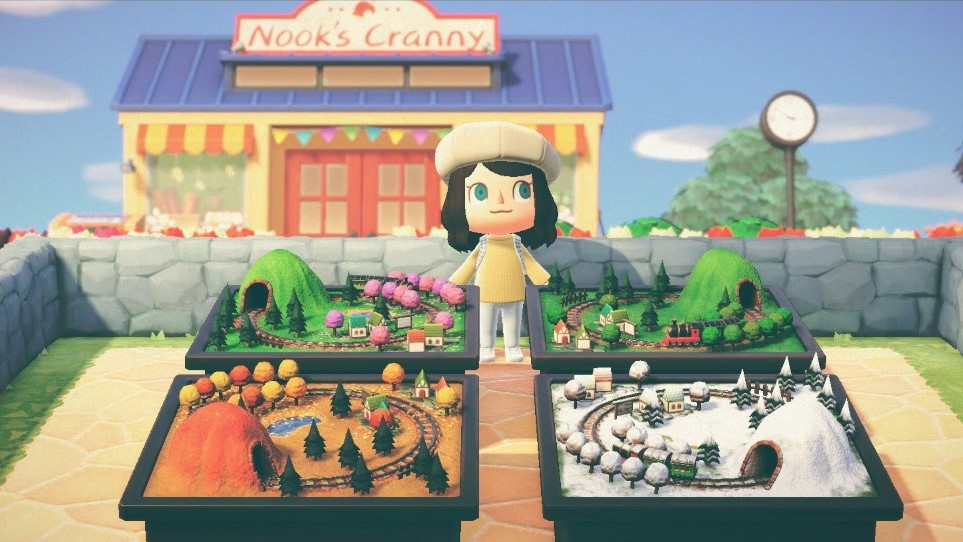 Animal Crossing: New Horizons for the Nintendo Switch is celebrating its first anniversary today. It marks one year of going to the same shop every single day, seeing the same faces every single day, and being trapped on an island. This of course coincides with a particular global event that needs no introduction.

Unless Doug Bowser is actually behind the Coronavirus pandemic and letting Bill Gates take the flack (a wild console wars twist), there is no way that Nintendo could have timed the release of Animal Crossing: New Horizons any better. During the various lockdowns of 2020, the titular social simulator provided a cozy confine for those with little else to do, creating a very unique game cycle for a very specific time of game, at a very interesting time.

This, of course, resulted in astronomical sales figures for the game’s debut on the Switch. As of December 2020, New Horizons has sold 31.18 million units, making it the second best-selling Switch title of all time. It is also the first mainline Animal Crossing release since New Leaf, a 2012 release for the Nintendo 3DS. A whole generation of games passed in that time, fans were aching for a new instalment, and it showed.

New Horizons provided a cheerful landscape for families, friends and peers to hang out in. It gave people a place to celebrate events during various lockdowns. Players flocked to digital islands to share birthdays, holidays, milestones, graduations and funerals. One of my favourite examples of this was game dev Rami Ismail’s effort to celebrate Ramadan using Animal Crossing, giving fellow Muslims a spot to enjoy iftar together in a social setting. It also inspired creativity; a favourite example of this is Gary Whitta’s in-game talk show, Animal Talking.

But while New Horizons spawned inspirational workarounds to social and entertainment restrictions placed in 2020, it also sparked a disparity in how these games are designed to be played.

Animal Crossing is historically not a binge game. It has lofty, long-term goals to be achieved over a long period of time that players can chip away at with a daily log in. That’s what Nintendo wants you to do – make a little progress each time at a pace that suits you. Now, AC players have not always adhered to this; we all had a cheeky timeskip on the Nintendo DS to advance the days here and there in order to get something done quicker.

Lest we forget that Nintendo used to actively punish players for not behaving in the correct manner. Most players remember facing the wrath of Mr Resetti if you forgot to save the game. Maybe some of us also remember the Gyroid face the game would curse your villager with if you dared to turn off the GameCube while visiting somewhere.

However, the release of New Horizons during a global pandemic saw players take Animal Crossing far more seriously. The art of booting up your island for 15 minutes to check the shop, wave to your villagers and yank up some weeds was lost as Animal Crossing became one of, if not the only escape for some people during a rough and unpredictable lockdown.

An unprecedented scenario that crafted a whole new way to play, and it made a whole lot of players hit the end of those long-term goals in a short amount of time, which is not what Nintendo intended (Nintended). While this was no one’s fault, I felt a little left behind by how fast players around me were hitting these goals and reaching the game’s ‘end’ while I was still munching peaches in my little tent. That said, I am still logging in every day, one year on, whereas a lot of my friends have been real quiet about turnip stocks since they bought their mansions.

The irritating little purist in me is aware that the playstyle shaped by the pandemic paired with New Horizons being many players’ first foray into the AC franchise might mean that many people aren’t getting the classic ‘Animal Crossing’ experience. However, the rational adult in me says people can, of course, play the game however the heck they want to.

I did feel a little justified by a recent article in The Verge, written by Alexis Ong. They echoed the sentiments shared by a few of my friends, about how they went so hard on the game in its infant months that they burned out and stopped playing at all. They also talk about how your in-game villagers will guilt trip you if you don’t log in for a while, and how that has generated a fear of ever interacting with them again. That’s an interesting parallel to life itself right now; I have also felt guilty for ghosting real-life people in the throes of getting through 2020.

Luckily, Animal Crossing is a game that welcomes your return, even if your stout little neighbours are a bit snarky about it. It is also a game that encourages routine, which is exactly how I’ve been playing it for the last 12 months. I log in with my morning tea, I check the shops, say hi to everyone and then I’m awake and ready to take on the day in real life. The game has been absolutely paramount to my routine during numerous lockdowns, and I hope that a year on, the game can be that for returning players that are over the hump of their burnout.

So far, New Horizons has had a satisfying life cycle; updates have been plentiful, from seasonal events and activities to more recent Nintendo-branded crossovers. Even for daily players, there is lots to do and if you miss it, well, there’s always next year.

While New Horizons has satisfied my expectations of a modern Animal Crossing romp, there are some elements of the franchise I still miss. The most notable absence is Brewster, Animal Crossing’s bird barista. Brewster (a portmanteau of rooster and brew) was historically situated in a coffee shop beneath your town’s museum but wasn’t deemed important enough to uproot his city life and join you on a desert island. Or maybe that was his choice, I don’t know. What I do know is that he is greatly missed, and my 1am strolls around my island are not the same without a trip to visit our cosy caffeine coo-er.

One thing I’d also like (but we are entering dream update territory) is for seasons to have a physical effect on your character. I’ve spent the last year dressing my villager in outfits that suit the season; from summer dresses to obnoxious winter coats. It serves no purpose other than to satisfy my faux immersion; Animal Crossing is a game fuelled by imagination. But what if your villager DID get cold if you didn’t wear a coat? What if there WAS consequences?

Finally, I’d love to have some sort of online feature that really pushed Nintendo’s archaic multiplayer system to its limit. A communal space for players to socialise in, or something akin to the City Folk plaza for the Wii, which gave players a new location to visit and meet new characters in. Gimme that big city vibe, even if it detracts from the whole point of isolating on an island. I’m TIRED OF ISOLATING ON AN ISLAND.

In all, Animal Crossing has been a welcome and sometimes necessary substitute for real-life. Be that a way to connect with loved ones, share in an activity, or simply carve out a slice of regularity in everyday life, New Horizons has been nothing short of a global phenomenon, riding quietly in parallel to the players that needed it most.