Life's a beach and then you DIY 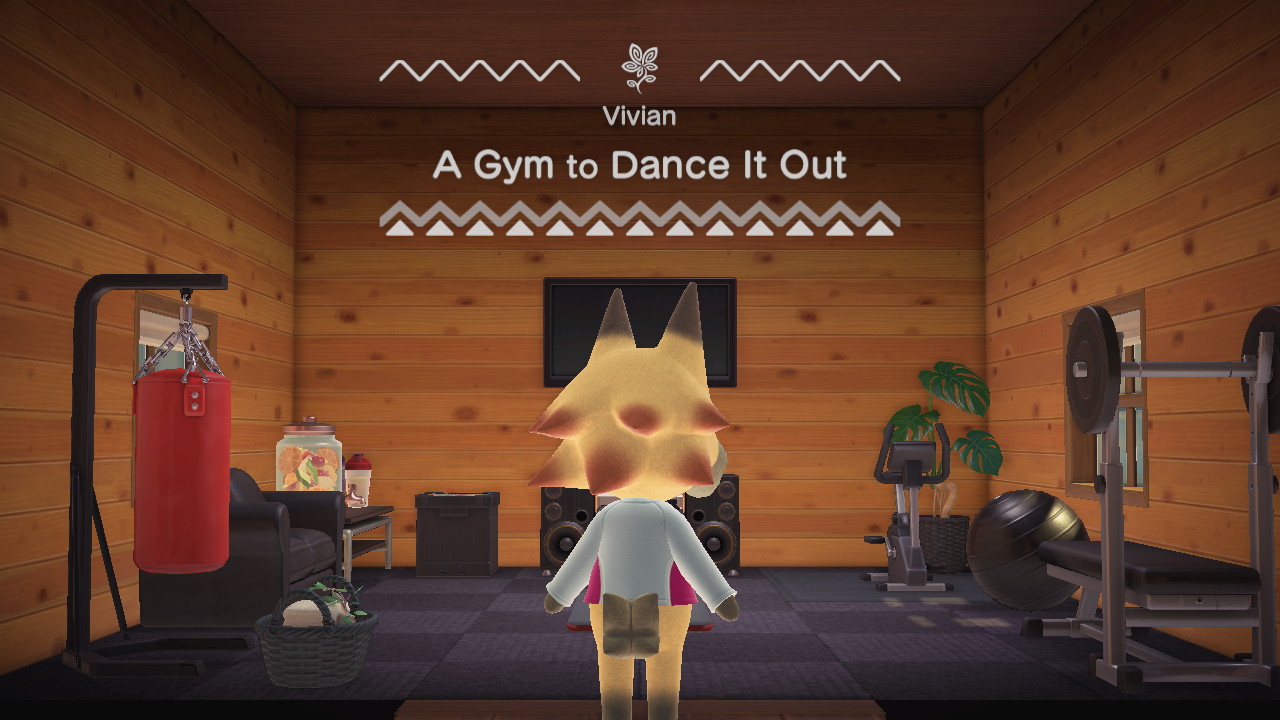 This week, Nintendo released a meaty packet of fresh New Horizons content, in a move that saw 99% of players frantically blowing dust off their Animal Crossing: New Horizons cartridges and sheepishly returning to the tropical paradises they abandoned a year ago.

The free 2.0 update, which Nintendo noted would be the last free major update for the title just 18 months after its launch (weird), added some new activities, new items, and an anticipated return of some of the series’ best-loved animal pals. As part of the update, your villager can now grow and harvest several different types of vegetable, and use the spoils to make food in a brand new cooking mechanic. Similar to the crafting menu, players can use kitchen appliances to cook cute meals, either to eat or use as island decor. It’s a pleasant addition, and adds a new level of gameplay beyond simple island maintenance.

The update also sees the addition of Gyroids, collectible figurines that all make different noises. It’s another throwback to games of old and just Something Else To Waste Your Time Collecting, but hey, it’s content. There’s also tons of new furniture pieces, new hairstyles, new reactions to taunt your villagers with, and a boombox outside the town hall that lets you partake in exercising activities with your furry pals, which is pretty cute.

Speaking of villagers – the update has also added 16 brand new villagers to New Horizons, ranging from Sasha the shiny-eyed mint bunny, Rio, who is clearly the lovechild of Phoebe and Ketchup, to Shino the peppy hell fawn. I can’t complain about that, they’re all pretty cool, but I do wish the 10 villager island limit would expand. 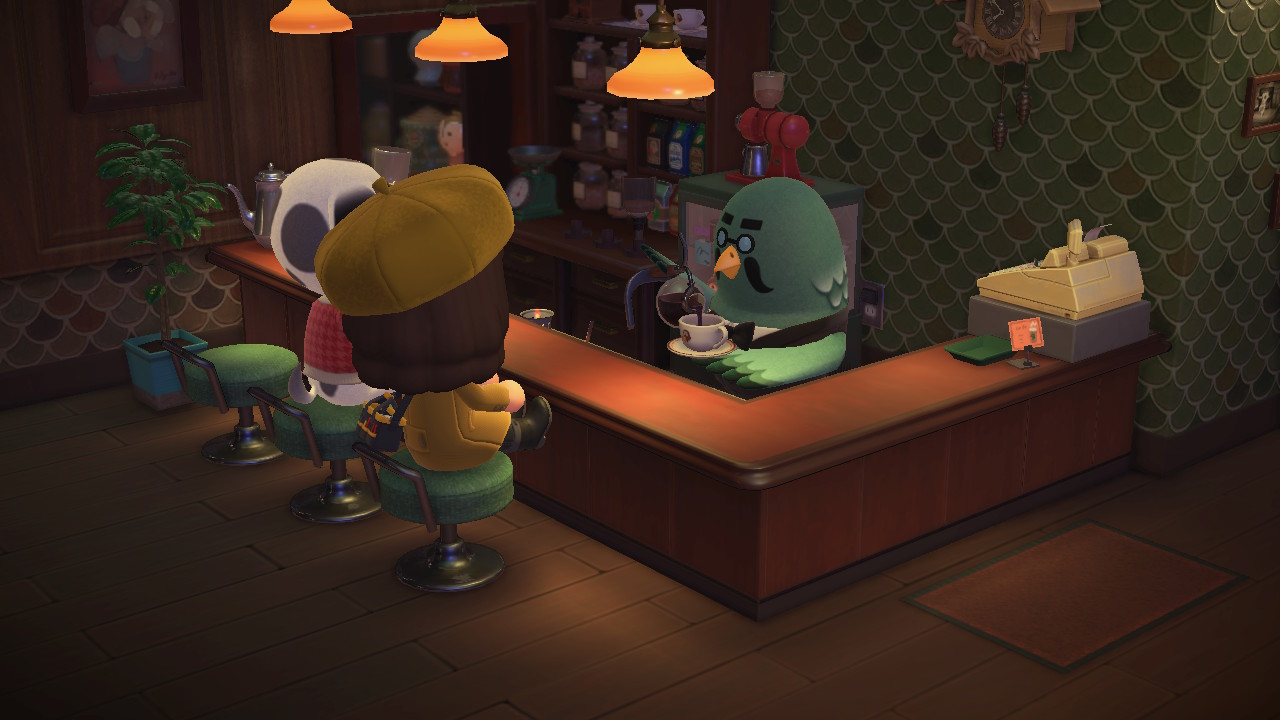 One issue I had with the new update — and this rings true across a number of Nintendo’s games — is that there was no explanation of how to lure Brewster back to your island, nor a particularly organic way of stumbling across step one of an arduous process. If I hadn’t watched the reveal, I wouldn’t have had a clue he was even discoverable.

To trigger the series of events that leads to Brewster, I needed to speak to Blathers in the museum, which is the logical thing if you’ve played any other Animal Crossing game, but again, not so obvious if this is your first dip into the series. However, talking to the hooty lad didn’t seem to do anything, so after running around the island doing every task I could think of, I was left to peel through online guides to figure out what else I’d need to do, which isn’t ideal for a relaxing kids’ game.  It turned out that I hadn’t donated any art to my museum, and after doing that, the Bewster journey began. It wasn’t immediately obvious to do that, but this was just my experience so maybe I’m the problem.

One other new bit of free content sees Harv’s Island transformed from a weird area housing one lonely dog that feels like he should be on a list, to a fully fledged island that over time, can be developed into a little marketplace. It’s up to you to drum up something in the region of 600,000 bells to get it all off the ground, but it’s a casual, long-term task that you can chip away at, as is the vibe of the game. One lucky week on the turnip stonks will also make short work of the Harv’s island overhaul too, if you enjoy grinding 200 hours in one week and then ruining the game for yourself. 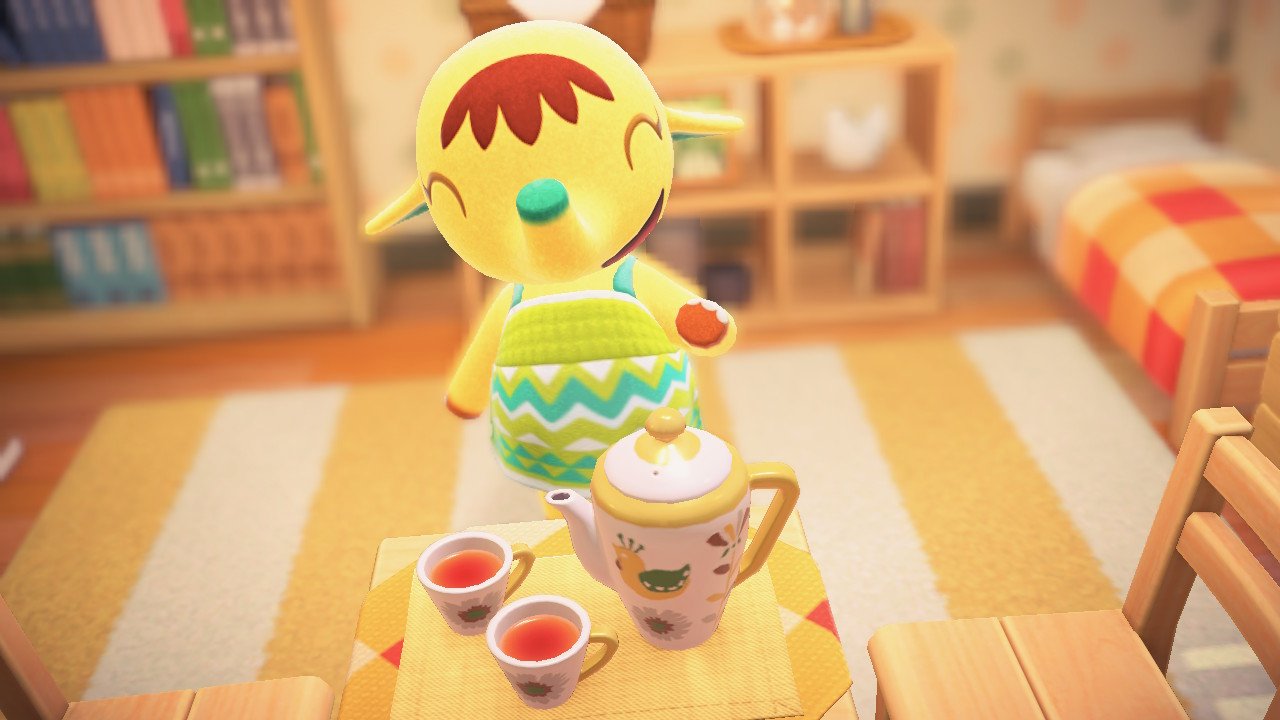 The new home designer DLC is wonderful, and adds some much-needed stuff to do for players that have exhausted the limited play the base game offers. It harkens back to Happy Home Designer for the 3DS – your villager gets a part time job as an interior designer merchant and gets to make up island getaway homes as per the specifications of the villager. As a big fan of Happy Home Designer and telling people what furniture to buy, I think the DLC is absolutely perfect.

It sticks to the pre-existing decorating mechanic in New Horizons; there’s a menu of walls, floors, furniture and accessories, and a simple drag and drop mechanic to set up rooms and exteriors as you see fit. It gives you a fair bit of freedom as long as you include the items that suit a villager’s personality, which are clearly marked, and also the few items they brought with them.

The bits in the free update are great; the Brewster and Kapp’n additions are a warming throwback to earlier games, and the farming and cooking give the humdrum of logging in each day some much-needed zest. There’s no way that I’ve stumbled upon everything new in just a few days of playing, and for a free drop, this is impressive. However, it being the last free update seems odd, but that’s a different conversation for another time.

As for the premium content, I’m incredibly happy with both the home designer and Harv’s Island market development. £25 is a steep but expected price point, but the home renovating missions particularly will keep you actively engaged for hours. Worth picking up if you spent countless hours in Happy Home Designer, but equally as pleasant for New Horizons fans itching for more playable content.